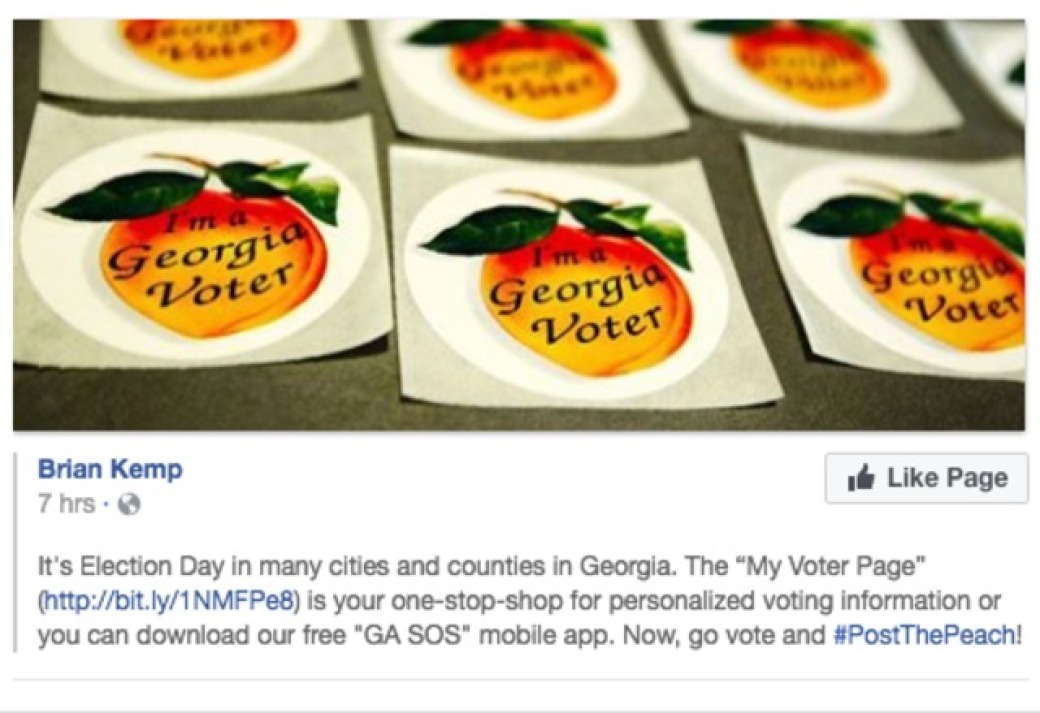 Thank god for Brian Kemp and the Secretary of State's office for working to improve voter turnout. Today's Atlanta election is no different. According to a WABE article, Georgia's elections czar initially posted inaccurate information for polling hours, listing Atlanta polls as closing at 7:00 p.m. on the My Voter Page, where Georgia voters are encouraged to go to find information about upcoming elections and their registration status. Polls in Atlanta actually close tonight at 8:00 p.m.

Once this inaccuracy was pointed out the Secretary of State's office, Kemp's team stripped the information about Atlanta polling times from their website completely because, a spokesman for Kemp's office told WABE, "The backend of the website would not accommodate that kind of specificity for this specific group of voters."

Really? It begs the question; what kind of website are they running? Do they also operate on dial up internet?

This follows other fuck-ups by Kemp and his people, including bumping people off of the voting rolls, settling a lawsuit this year that prevented his office from removing voters for minor typos in their voter registrations, which led to the cancelation of more than 30,000 voter applications the vast majority being Georgia minorities and in 2015, Kemp's office accidentally released 6.2 million Georgia voters private information, including their social security numbers. Oops. Groups that received the information included political parties, media outlets and Georgia GunOwner magazine (oh boy!) according to a Secretary of State Department of Human Resources Administrative Investigation.

Secretary of State Brian Kemp is currently running for Georgia governor, and on his campaign website, he promises to "fundamentally reform state government." Maybe he should start with the Secretary of State's office.