Get to know the team behind the Deli at Candler Park 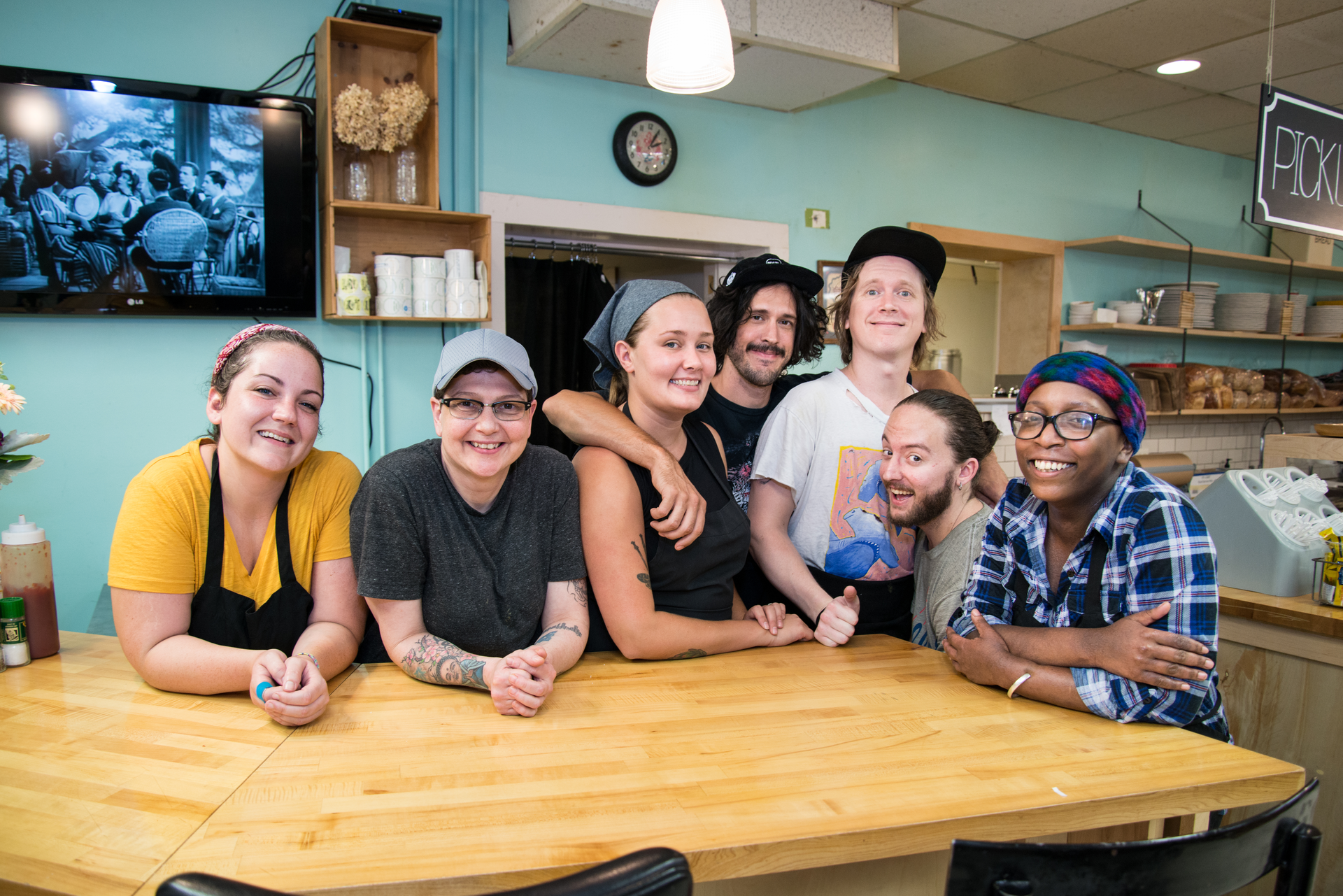 Photo credit:
It’s a steamy Saturday afternoon. Stepping through Candler Park Market’s plate glass doors brings that heavenly blast of air-con that pretty much defines summertime in Atlanta. Inside, two teenagers buy candy while a bearded hipster surveys the craft beer selection and an elderly couple stocks up on local peaches. The market, as always, is bustling, but the real action is in back, where the Deli at Candler Park Market (642 McLendon Ave. N.E. 404-373-9787. www.candlerparkmarket.com) lives.On duty today is Denise Howe — a saltwater aquarium expert, Siouxsie and the Banshees superfan, and sommelier-in-training — and Sam Gordon, a tattoo-covered comedian from Chicago who knows a lot of bread puns. There’s Frankie Berry, a former software company manager with a passion for farmers’ markets, and Julie Tingley, a young seasonal archaeologist who just traded in her job at Wag-A-Lot for a spot behind the counter. Deli Dudes Brooks Rayman and Nick Melton man the grill.“I hire based on enthusiasm,” says Robin Santos, Candler Park Market Deli manager and OG Deli Babe. “It’s really about the very special environment, vibing well with the community and the neighborhood.” No value assigned The soft-spoken 28-year-old recounts how her great-grandparents emigrated from Greece and started a luncheonette called Jewels Sweet Shop in the early 1940s. Santos herself has been in food service since age 12. “I’m a Capricorn,” she explains. “All I do is work.”
Upon moving from Charlotte to Atlanta, Santos became a part-time Candler Park Market cashier in 2010. A year later, when the deli manager quit, she asked the owners if she might take over and “make some changes.” They happily agreed.

“Before Robin, our deli was pretty much a souped-up Subway,” says market co-owner Greg Hutchins. Santos completely overhauled the menu and redesigned the space, adding a 130-square-foot kitchen and incorporating a steady focus on local ingredients. Deli sales skyrocketed thanks to simple crowd-pleasers like homemade chicken salad and hand-cut fries. Santos also spearheaded new programs such as produce boxes and off-site catering.Four years later, the market’s owners are preparing to open a sister location on Memorial Drive. Grant Park Market is slated for mid-2017 and will also feature local sundries and a deli helmed by Santos, this time with a full cocktail menu and luncheonette theme.


“I grew up with food, but at no point was anyone like, ‘You should go to culinary school,’” says Santos. “I have gained all the experience I will ever need for the rest of my life at Candler Park Market.”