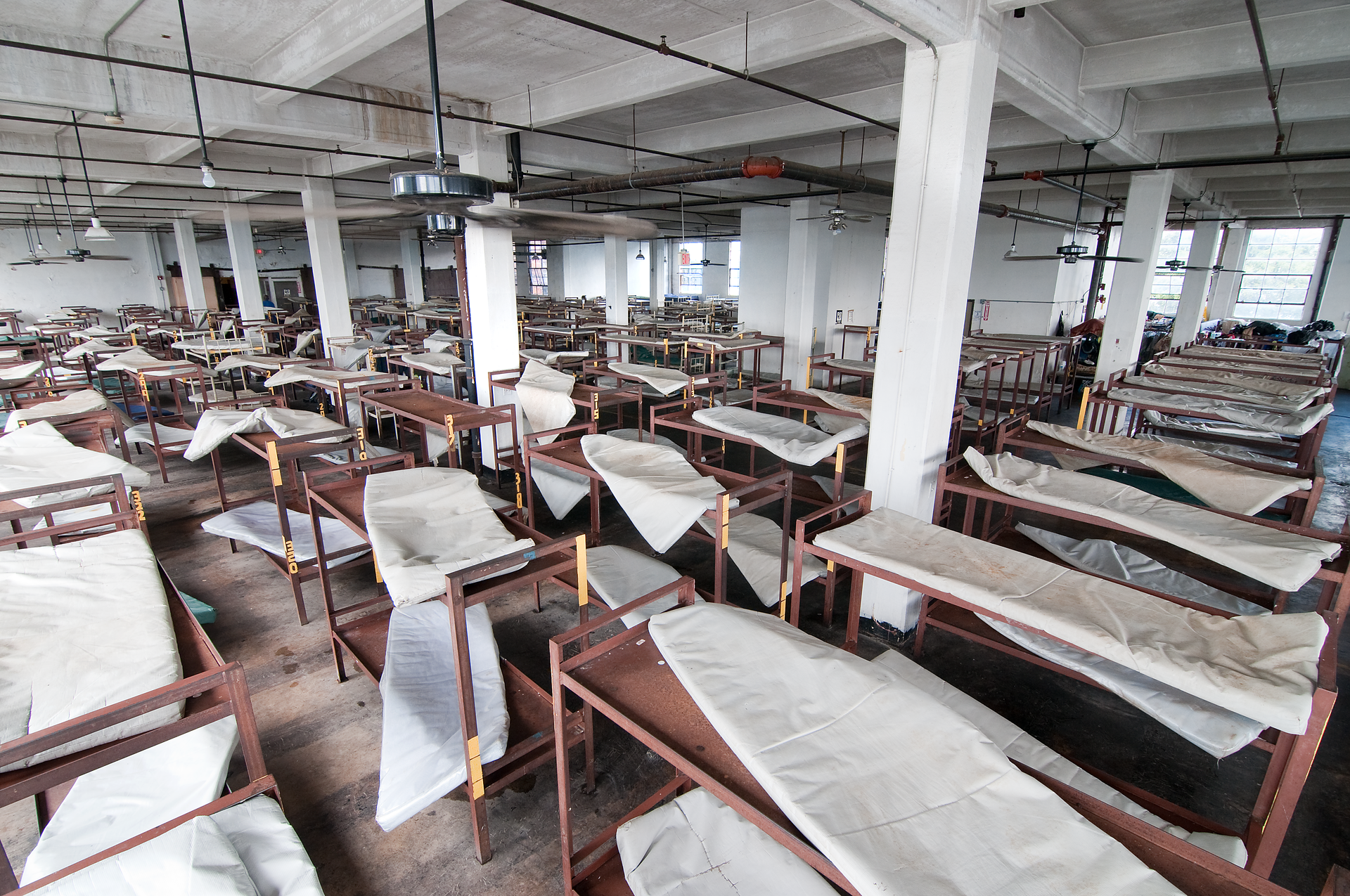 Photo credit:
On a hot weekday afternoon in late July, more than a dozen people from Pittsburgh and nearby southwest Atlanta neighborhoods called on a city office near Turner Field, looking for a public meeting and information. They were drawn by online rumors that the city planned to put a homeless shelter near their homes.

The meeting they found turned out a bust — the topic wasn’t, as they thought, 836 Metropolitan Parkway, a site on the border of Adair Park and Pittsburgh.

But the internet was partially right: the city is indeed thinking about renovating an old building there into some kind of transitional housing. A PDF circulating online of the site shows a floor plan that includes several residential rooms and spaces for a caseworker and a computer/job center.

The residents looking around for the meeting generally wanted more details, but didn’t seem so sure that a homeless shelter matched their vision for their neighborhood. Internet chatter and a TV report suggest the same skepticism. They were also concerned about the lack of public engagement about the potential idea.

But the rendering they had fits the description of something Mayor Kasim Reed has long said he wants to do: open smaller homeless shelters in Atlanta that offer on-site social services, similar to what one finds at Downtown’s The Commons at Imperial Hotel. The high-rise building was renovated and reopened with affordable housing and on-site services in 2014.

Those new shelters would address another big plan for a term-limited mayor who leaves office in a year and a half: closing the Metro Atlanta Task Force for the Homeless’ very controversial shelter located at Peachtree and Pine streets.  The mayor wants to use the site, a former auto parts warehouse, to house police, fire and SWAT officers who could respond to much of the city quickly from that spot.

Jenna Garland, Reed's press secretary, has called building smaller shelters with services "a far better approach than a warehouse of 400-500 people living in conditions which are unquestionably inadequate."

Reed returned to his smaller-shelter theme in wide-ranging comments to the press on Monday.  He said that the city is in conversations with the city’s philanthropic, business and activist communities about the best approach to reducing homelessness. Potential funding sources could come from taking on debt to pay for the facilities.

“Once we make a determination about what is the best approach I think the city is prepared to go to the capital markets for a homeless opportunity bond,” he said. “It’s been used as a technique in the past and it will probably leverage double the amount of the bond.”

He said he would like for the facilities to serve somewhere from 30 to 100 individuals. Reed’s office has said no decision has been made about 836 Metropolitan and public engagement is planned.

Atlanta City Councilwoman Joyce Sheperd, in a written statement, said residents of the neighborhoods around the site have expressed concern about the draft proposal for short-term transitional housing for homeless families.

“Let me be clear. This is a proposal by the administration that was brought to me as the council representative for discussion,” she wrote. She said she made it clear that the decision would be vetted in the community, to include community meetings.

Asked on Monday if he expects fights with neighborhoods over opening shelters, Reed said he does not.

Time, as always, will tell. The first public meeting on 836 Metropolitan is on Aug. 16 at Pittman Park Recreation Center at 6:30 p.m.