First Slice 9/6/16: What's it gonna take to keep the Beltline on track? 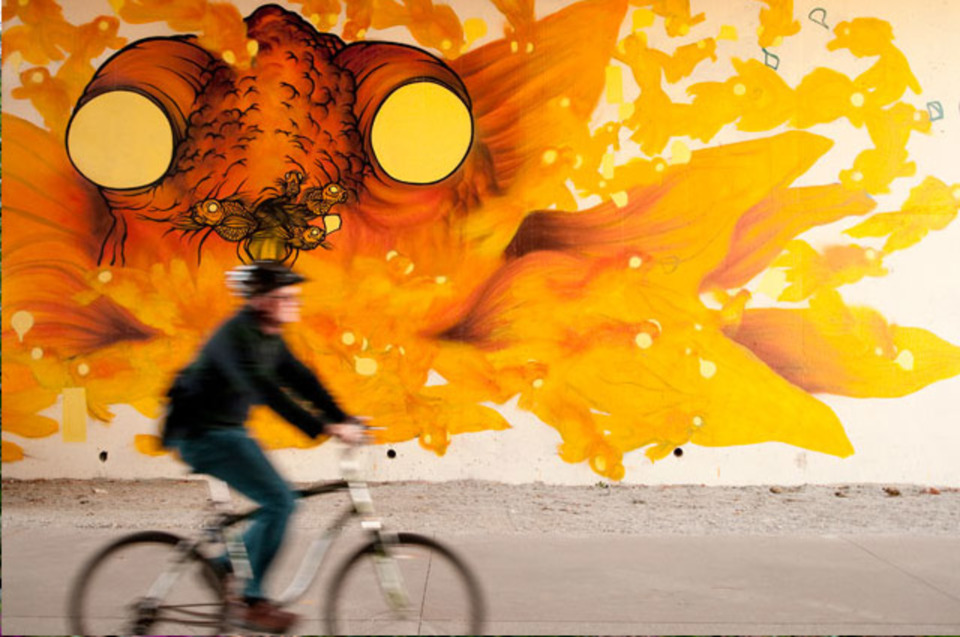 Photo credit:
2017 mayoral candidate Cathy Woolard considers the current state of the Beltline, its missteps, and how "straying too far from the vision and effort that brought us here together runs the risk of derailing the project and disappointing our community."

Doraville's Carver Hills neighborhood was built in the '40s around the then-new GM plant and split in two in the '60s with the construction of I-285. Now a new wave of redevelopment has come to the area in the form of a mixed-use development. "Today, many properties are overgrown. Maybe just ten houses are occupied. The main sound in the neighborhood is the passing of cars on I-285. The residents who are left agreed to sell their land to Century Communities. The developer wants to build a new neighborhood with townhomes, a dog park and pool. The company plans to keep the 'Carver Hills' name."

Comedian, actor, and friend of Bob Odenkirk David Cross has feelings about the Braves' impending move to the new SunTrust Stadium in Cobb County that might best be summed up by the "Fuck Cobb County" t-shirt he bought online. "'I was a Braves fan. Die hard. With my family and friends, I’ve probably spent $40,000 over the years on the team. ... No more. I just can’t. It’s so blatantly wrong.'

A friendly reminder that Donald Glover's new show "Atlanta" premieres tonight on FX. Read up before watching with CL Senior Writer Rodney Carmichael's interview with Glover. "We wanted to make a show that was punk. We wanted to make something that felt like it probably shouldn’t be on TV. That’s the stuff that made NWA hot, or even OutKast. It was like, 'OK, this doesn’t belong here — which is kind of why I’m looking at it.'”

Spider for First Slice 9/6/16: What's it gonna take to keep the Beltline on track?