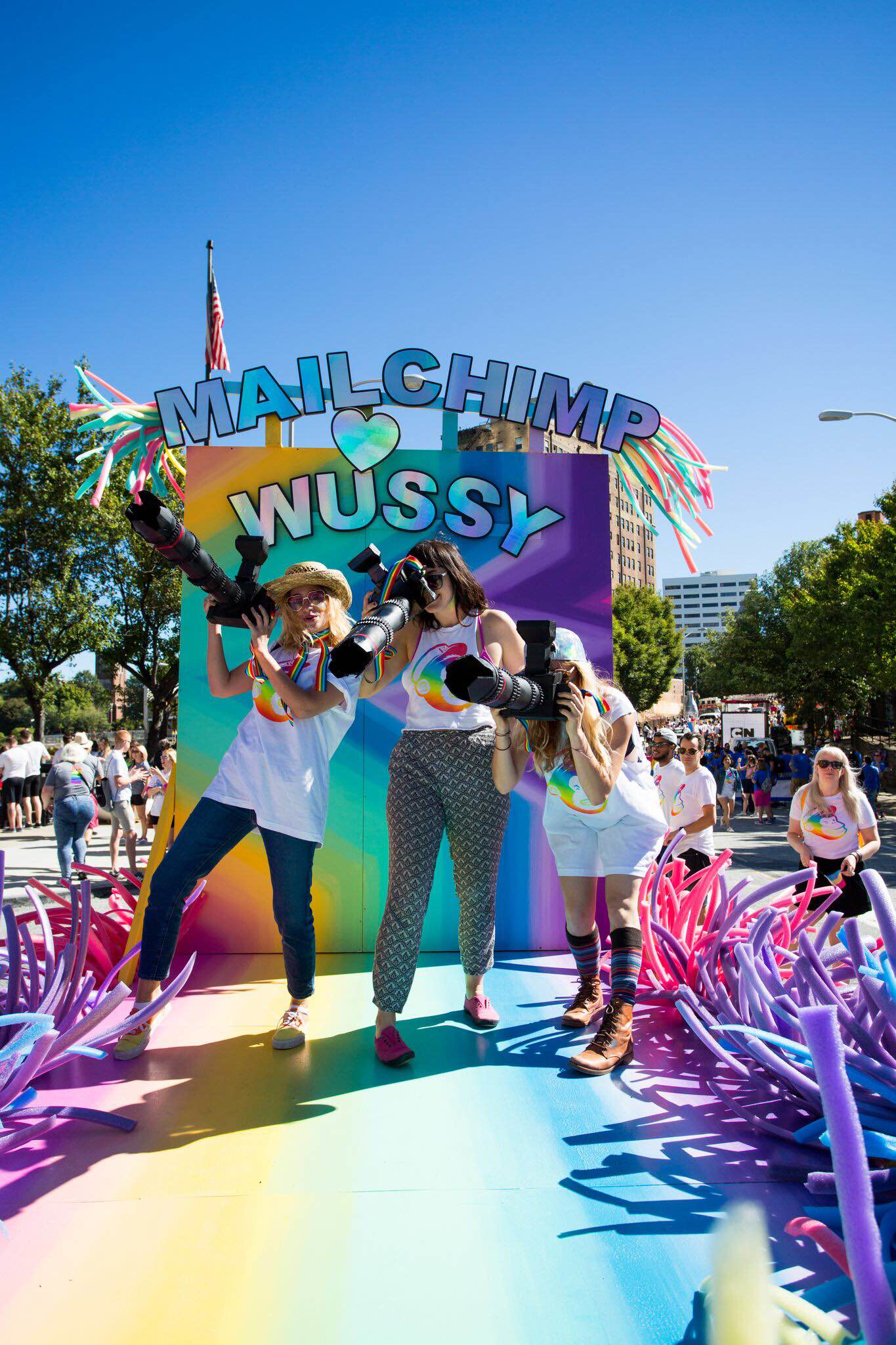 It started with a happenstance collab orchestrated by Allie Bashuk, a director at the Goat Farms Arts Center and CL contributor, who was curating the 2015’s WonderRoot and Community Farmers Markets annual fundraiser WonderFarm. She tapped artists Danielle Brutto and Sara Santamaria to create works for the event, and soon realized there was something special in the combination of their skills and aesthetics. “We don’t use the word special lightly,” Bashuk says, “it really feels rare and special.”

That’s how Brutal Studio — an all-lady-run design and build studio with principal artists Danielle Brutto, Sara Santamaria, and Allie Bashuk — was born. Brutal Studio launched in June and specializes in experiential events and installations, with an ever-evolving collective of talented makers and experimental thinkers.

“Individually, we had opportunities for cool projects, but didn’t have the bandwidth to do it alone,” Bashuk says. “Together, we collaborate on concepts, executions, and have fun sharing the load.”

Earlier this year, they created 250 individual costumes and accessories for a wedding at The Goat Farm. They recently completed their biggest project to date: a parade float for the Atlanta Pride Parade that served as a collaboration between MailChimp and WUSSY mag. Local artists Jane Foley, Nikki Starz, and Marcy Starz also contributed to the project.

“It was a fast turnaround, but we’ve done enough projects up until that point that we were confident to take it on,” Bashuk says. “It was a total blast, we'd do that again in a heartbeat.”

Though Brutal Studios is still in its infancy, the wealth of projects they’re slated to tackle in the coming months shows that they’ve found a niche in the city’s creative scene. “I don’t know many other event-design studios in Atlanta who work the way we do,” Bashuk adds. “We approach everything from both an artistic mind and a logistical standpoint. We know Atlanta, it's community, and that we want to help its potential become kinetic.”