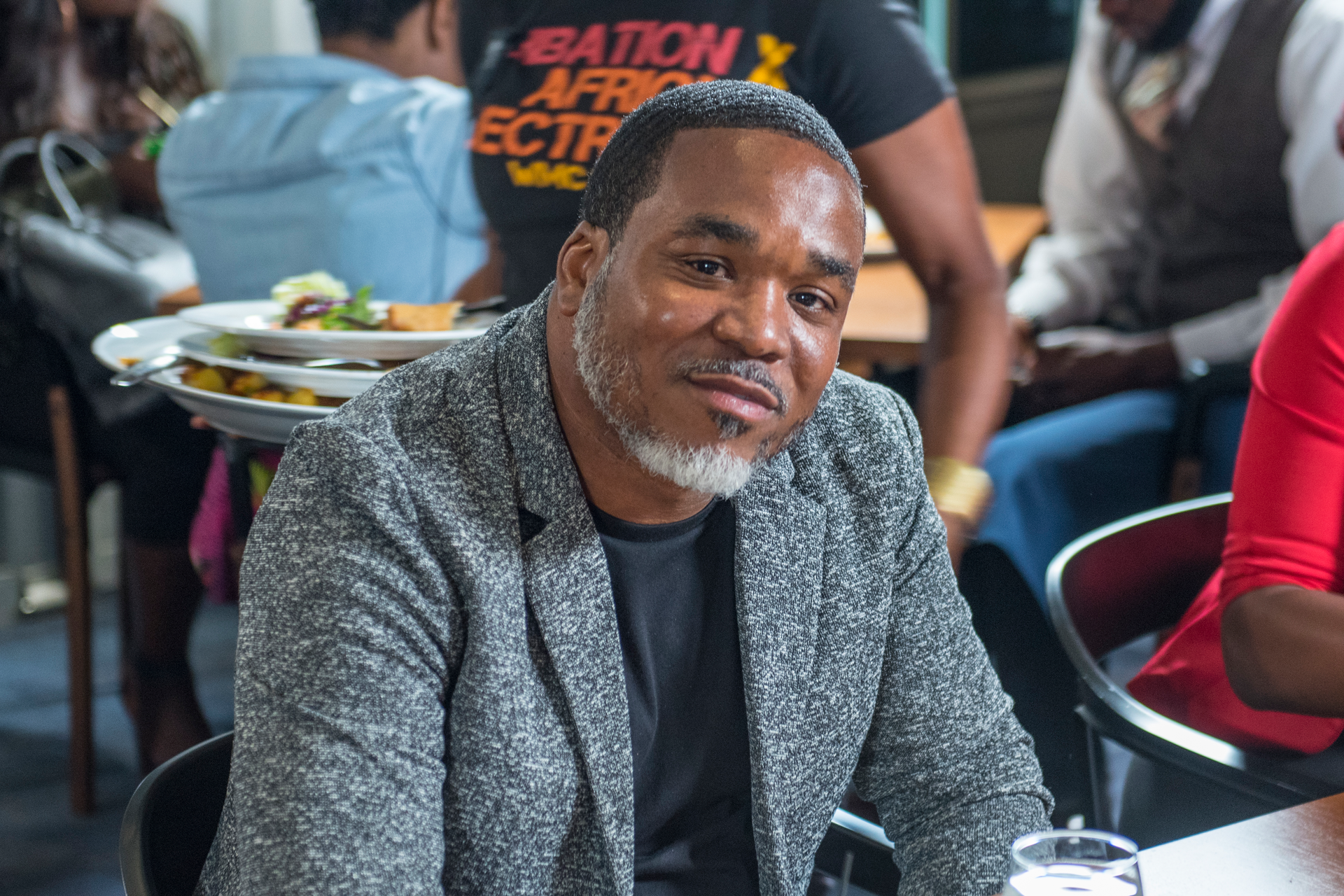 Photo credit:
A conversation with Tory Edwards is never small talk. This is the man, after all, who’s already hosted a quarter of Atlanta’s 2017 mayoral candidates for dinner. If the others know what’s good for them, they’ll soon be scrambling to get a seat at the table, too.In a town built on backroom deals, Edwards has turned dialogue about the city’s future into a delectable main course. His bimonthly Dinner With Friends is equal parts civic platform and content production — complete with lights, camera, and action. And Edwards, an independent hustler with the credentials to match, is the consummate host who’s gone from wanting to become a part of the conversation to creating it.A native of Bridgeport, Connecticut, he recalls what it was like growing up there by counting off the number of deceased friends he lost along the way. Upon graduating high school, he had no plan for the future. But a move to Atlanta to live with an aunt opened up a whole new world. “I just knew that this was a black city and you could do whatever you wanted,” he says. “You could be whoever you wanted to be.”Not knowing who that was just yet, he followed his passion and soon excelled as a party promoter alongside friends like future nightlife impresario Alex Gidewon. When a serious car accident left Edwards with two broken legs, he decided to switch lanes. So he picked up a camera. Soon he was shooting such street classic Raw Report DVDs as Young Jeezy’s Trap or Die, Killer Mike’s early viral webisodes “Sunday Morning Massacre,” and the Travis Porter short film vehicle Proud to Be a Problem.With a TV and film production résumé that runs the gamut from BET’s successful drama “Being Mary Jane” to working on the Oscar-winning Selma, Edwards’ biggest achievements are still the ones he started from scratch with Mapmaker Studios, his production company. That’s how he created the idea that would come to be the stellar 2014 documentary ATL Rise: The Untold Story of Atlanta’s Rise in the Rap Game, which aired on VH1.Edwards came up with the idea for Dinner With Friends, in part, after attending a fly dinner party with friends. “It wasn’t conventional at all,” he says. “Everybody just looked young and cool. It wasn’t stuffy. The chef was just bringing out dishes and we were just eating and talking. I thought, ‘Yo, this is dope. What if somebody put a camera here?’” It’s the unscripted talk that makes Dinner With Friendsa must-attend event. The list of former guests ranges from music industry vets (Killer Mike, Coach K, Chaka Zulu, DJ Drama, Kawan Prather, Shanti Das) to mayoral candidates (Michael Sterling, Kwanza Hall, Ceasar Mitchell) to community and diversity leaders (Nzinga Shaw, Rohit Malhotra, Judge Hatchett).But the best guest at the table is Edwards, who somehow possesses the ability to bridge the gaps between all these different worlds and people.“It comes from being authentic and just generally being interested in other people’s stories,” he says. “I can have a conversation with anybody because I’m just generally interested in other people.”


With the help of co-executive producers Keinon Johnson and Cannon Kent, and the services of celebrity chef Jason Ellis, he plans to scale DWF in 2017 with more interaction, more inclusion, and more properties in production. The rest of the mayoral field better get in where they fit in.