ATLANTA UNTRAPPED: This is not strip club music 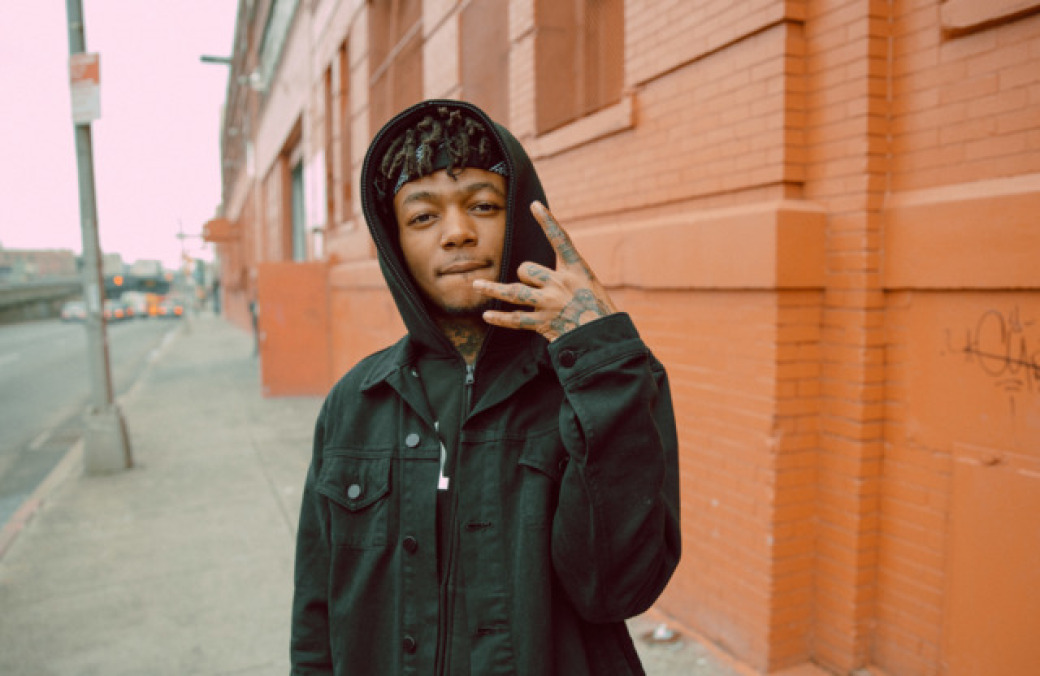 Photo credit: Courtesy of Vevo
EAST ATLANTA: J.I.D has been crafting his sound and a loyal following as an independent artist long before he had a record deal.
By Jewel Wicker Thursday November 9, 2017 04:10 PM EST

As the title of this column suggests, Atlanta's hip-hop community is currently known for its trap sound. There is no denying that. But, for every Migos, Jeezy, and Gucci Mane, there's a Raury, 6lack, and J.I.D. This week Vevo is highlighting one of the latter as an "Artist To Watch."

ATLiens and rap fans might already be familiar with J.I.D, but this current Vevo campaign, in addition to a recent appearance in a cypher for the Atlanta-based BET Hip-Hop Awards, is sure to introduce the rapper to a few new people.

Prior to this year, the 27-year-old East Atlanta rapper was known for his work and affiliation with Atlanta collectives Spillage Village and EARTHGANG. Like many Atlanta rappers, including current chart topper 21 Savage, J.I.D has been crafting his sound and a loyal following as an independent artist long before he got a record deal. New fans should give Spillage Village's "Bears" trilogy, along with some of his previous work with then-roommates EARTHGANG, a spin. In 2011, Creative Loafing published an article about EARTHGANG, emphasizing how the Mays High School graduates were standing out from the typical Atlanta sound.

Since rapper J. Cole signed both J.I.D and EARTHGANG to his Interscope Records imprint, Dreamville, they have continued to collaborate. In the music video for "Meditate" the rappers reflect on being black in America with imagery of black men in shackles, hanging from an American Flag and flanked by white women. This is not strip club music.

Like his recent signees, J. Cole is bringing attention to issues such as mass incarceration by appearing in a prison jumpsuit on his most current tour. Cole, whose raps have increasingly featured conscious rhymes about the politically-charged times in which we live, has made headlines recently for philanthropic work with fellow celebs such as Colin Kaepernick and his simplistic lifestyle. Working with these Atlanta artists is a perfect fit for this brand. Fans who enjoyed Cole's 2014 Forest Hills Drive and last year's 4 Your Eyez Only will find J.I.D's music fits right into the rotation.

J.I.D emphasizes that he's not a trap rapper, nor has he ever sold drugs, in both his lyrics and in interviews. While trap music certainly reflects the lives of some young, poor black men growing up in Atlanta, J.I.D aims to show that there is diversity amongst this group. On "Never," the third track from his debut album he raps: "Gettin' to the point where everybody say they from the block and shit/With Glocks and shit and poppin', pimpin', trappin', sippin' lean/Y'all niggas fall for anything."

Vevo's "Artist to Watch" campaign (above) highlights "General," the second song on J.I.D's debut album The Never Story, which features the line "I don't fuck with happy trappers." When asked to expound on this line earlier this year for Rolling Stone, he said, "I just never fucked with the over-glorification, but with more of the struggle."

Over 12 tracks, The Never Story finds J.I.D showcasing his lyricism with clear influences from Kendrick Lamar, Nas, and others. He stretches his voice throughout the project, singing and rapping about poverty, politics and relationships in a way that debunks the false notion that East Atlanta rappers are one-dimensional. "All Bad," a mellow song about facing the harsh realities of a struggling relationship, sounds like it'd be better suited for an R&B singer than a Zone 6 rapper. "8701" features fellow Atlanta rapper 6lack, another artist who has made a name for himself in the streaming era by standing out in a sea of trap rappers. On the song, the two rappers pay homage to R&B singer and fellow ATLien Usher ("Burn like 8701, ushered in a new flow for the old one.").

That's not to say J.I.D can't hang with the Atlanta rappers whose songs are frequently played in local strip clubs. He can. He raps of searching for drugs, big booty girls, and buffalo wings with lemon pepper sprinkles on "Hasta Luego." People are complex and it's important that art reflects that.

Atlanta rap has always been diverse. It's always featured unique, genre-defining voices that highlight the plights of the marginalized and provide strip club anthems. It's important not to forget the former when we're discussing music from this city.

If you're looking to hear from two indie East Atlanta artists who haven't caught the attention of a mainstream audience yet, Keenan Rush and Jaye Newton open for Germany rapper Azizi Gibson at Terminal West on Nov. 13.

Anyone who thinks rap is a young person's game should attend a Jay Z show. The rapper visits Philips Arena as a part of his 4:44 tour on Nov. 14.

If you want to see J.I.D and EARTHGANG live, they play Vinyl Nov. 21, the final show on their Never Had Sh!t tour.

6lack's shows at the Tabernacle has already sold out, but the Atlanta artist has a second show on Nov. 26 with breakout R&B singer Sabrina Claudio.