Carlos Giron, an improvisational comedian, is fondly remembered for his joyous spirit and ability to have the room broken in laughter


“Forget about the crowd, let’s just try to make each other laugh.”

Those were the words he said to me as we waited to be called to the stage at Whole World Improv Theater. We were about to begin the second half of a show in front of a sold out crowd of super sober, stunningly silent and staring accountants. To say that the crowd was NOT impressed with our improv comedy so far would be a vast understatement. Each second beneath the spotlight felt like a month. Throwing a joke into that crowd was like dropping a rock into an empty well and never hearing a splash. But Carlos Giron was among the best we had. A talent like no other. And while we may not win the night, we could at least have some fun with each other. So that’s what we did. We entered the scene with the sole intent of making the other person break character and fall into a rage of laughter.

Carlos won. He got me with his Hunchback of Notre Dame character.

His body all coiled up, his face twisted into an ungodly shape staring directly into mine, and his voice sounding like he had swallowed a tiny, speeding Yamaha crotch-rocket motorcycle - with a wail that was as high as it was low. I tried to hold it in, but the laughter burst from my belly like a geyser. Joke was on Carlos though, because he got a facefull of that weird spittle that happens when you try to hold in a laugh and it finally explodes from your pinched lips.

And the crowd went wild. Carlos broke me, and and he took the crowd down too. A master.

Carlos Giron passed away unexpectedly over the weekend.

The memory of that moment, and many many more like it is something that I’ll carry with me forever. Carlos was an improvisational wizard. His Joe Pesci impression was better than Joe Pesci himself. He was a MONSTER with movie trivia. Do a YouTube search of “Carlos Giron, Who Wants to Be A Millionaire” and you’ll see. You’ll also see Meredith Viera do what everyone did when they met Carlos- fall in love with him. Carlos hated strawberries. He loved puns. He was humble, and would hate that I’m writing this. He was the son of immigrants and he loved his family entirely. He was self deprecating. Put simply, Carlos made this world a better place.

You probably fell in love with him.

Carlos' family asks that in lieu of flowers, donations be made to Whole World Improv Theatre in his name. 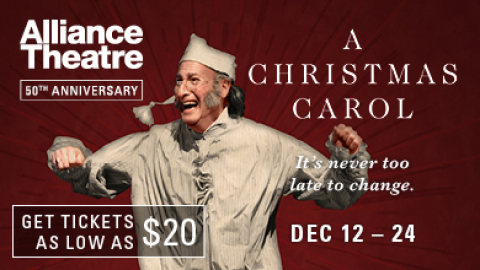 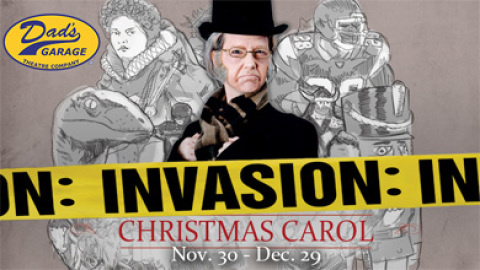 Fun and Free: Enter to win 2 tickets to an improv twist on a Holiday Classic 'CHRISTMAS CAROL' Article

Author Anne Corbitt on Squarspace's role in 'The Disappearance of Eliot Wiley' (Sponsored) | more...
Search for more by Nick Tapp