Transmission of Light: A Conversation with Peter Hook 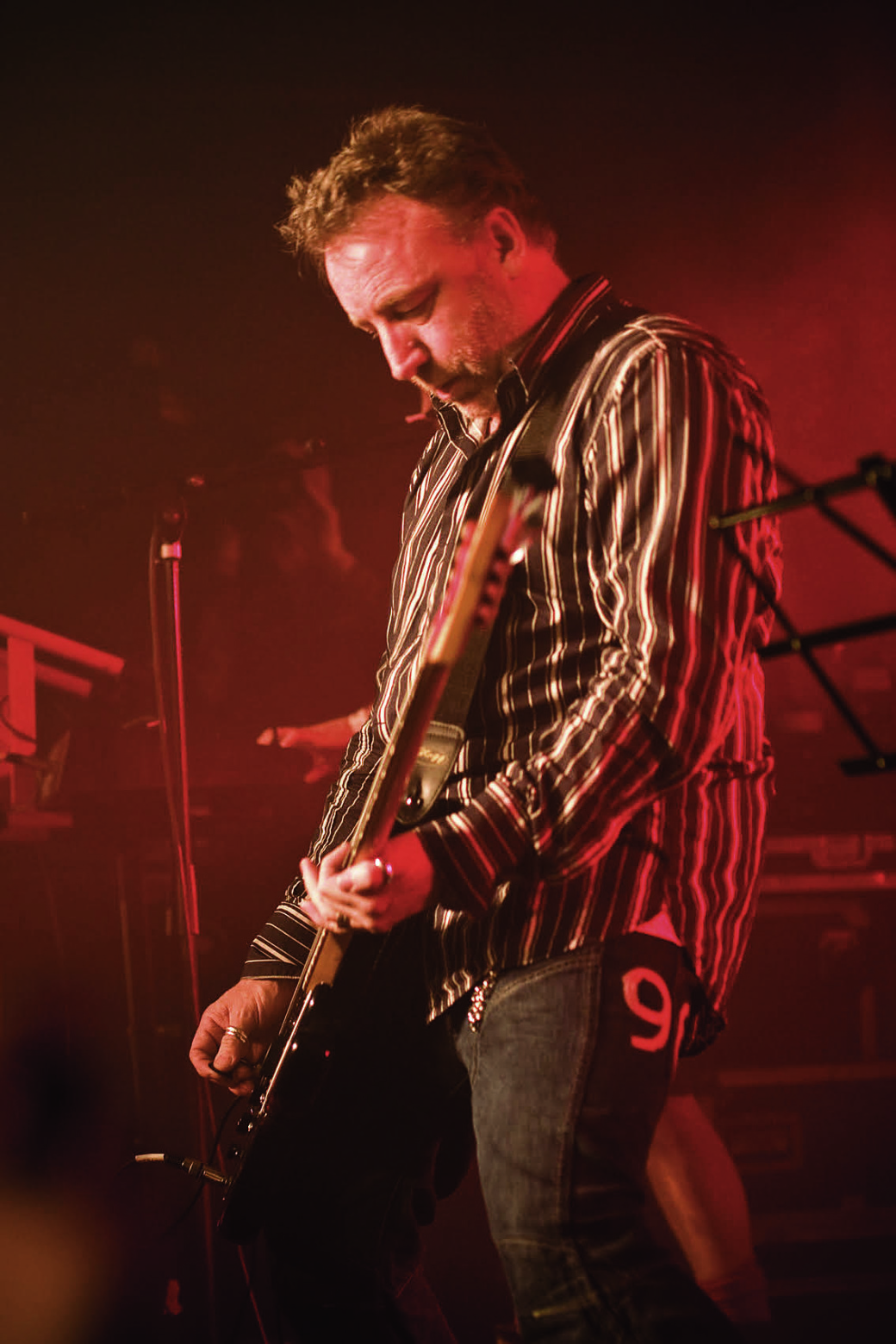 In his acclaimed memoirs, Unknown Pleasures: Inside Joy Division and Substance: Inside New Order, bassist Peter Hook often talks about “carrying on.” So often, he jokingly considers using the mantra in a book title. Hook has survived the loss of Joy Division frontman Ian Curtis, addiction, near financial ruin, and a bitter divorce from New Order bandmates Bernard Sumner, Stephen Morris, and Gillian Gilbert.

Just as New Order emerged from the ashes of Joy Division to become one of the most innovative bands of the ’80s, Hook has carried on by turning the rock bio template on its head. In addition to raucous tales of fame and debauchery, Substance is flush with Top 10 lists, detailed timelines, and insights into the recording of each New Order release. In anyone else’s hands, this much content would overwhelm the most enthusiastic fan, but Hook’s colorful storytelling makes for a captivating read.

Hook’s passion for playing the music behind these stories led him to form the Light in 2010. Since then, the band has toured playing selections from Joy Division’s and New Order’s discographies, offering rare opportunities to experience live versions of deep cuts from albums such as Closer and Movement. Prior to the Light’s second Atlanta gig to play both bands’ respective Substance albums, Hook took a few minutes to talk about honoring his body of work through writing and performing.

In 2010 you performed Joy Division's Unknown Pleasures as a tribute to Ian Curtis on the 30th anniversary of his death. I understand things evolved from there due to the enthusiastic reception.

Yeah. I’d been DJ’ing for quite a while, but I was missing playing. When it came to 30 years of Ian’s life, as I prefer to call it, I didn’t have anyone to play with. So, I asked some friends if they’d help. We did it as a one-off to celebrate Ian Curtis’s life.

How did you start playing complete albums, whether it’s a selection from Joy Division’s or New Order’s catalog?

I read an interview with (Primal Scream’s) Bobby Gillespie when they were touring behind Screamadelica, and he said that funny enough, from the record, the ones they never played are now his favorites. I thought, “Now that’s weird, that’s like me.” The songs we didn’t play are now the ones I like. Whereas at the time, it was the ones you did play that were the ones that you liked.

It was stunning to hear a song like "No Love Lost" live for the first time at the last Atlanta show.

You know, I love it. It’s broken my heart not to be able to play “No Love Lost” for 30 years. It did strike me that most people have never heard Joy Division live, they’ve only ever heard them on record. The band never played Closer (live). We never played those songs after we’d finished them in the studio.

Did New Order ever consider it?

No. We rightly said if anyone ever left the group, that would be the end of the group. We made that pact as New Order, too, but it seems to have gotten lost along the way somehow. Joy Division was finished. We had to start again, but we had youth on our side. Luckily the three of us were very talented and still had a lot to say. We channeled that 100 percent into New Order with no looking back, and it worked. It made New Order massive worldwide, no more so than in America. A huge success commercially and culturally, which was fantastic.

There's been some back-and-forth in the press between you and Bernard Sumner about your tours with the Light. It's surprising he'd complain about you playing music you co-wrote.

It’s weird, isn’t it? I don’t understand it because it is as much mine as it is his. It’s his personal opinion. We fought about it legally and I’m still able to play the music, so I’m happy with that. Bernard is allowed to do what he wants to do. He said in his book he felt pushed into gigging too much. The odd thing is, I didn’t think it was much at all. But there you are, it’s that yin and yang of people that make something special. Peter Saville said the thing he misses in New Order now is the antagonism between Bernard and me. But to not be allowed to play your own music is a heinous crime, whoever it’s committed against. Playing Closer in full was the best thing I’ve ever done. I am so proud of that album. I wish (New Order) would play the albums. Power Corruption and Lies, Brotherhood, or Movement in full… Oh man, they were wonderful moments. It reminds you of the days when you were working the songs out.

You talked in Substance about occasionally feeling sidelined during the recording process. Is this a chance to perform the songs in a way that feels closer to your vision? The New Order set had a lot more edge to it than the records, and the energy of the Joy Division set was spot-on.

Yeah, I have that freedom and people seem to appreciate it. I wouldn’t be coming back to America to do a second  tour if people didn’t. Obviously, you are going to find people who disagree with you. That’s what makes life interesting, isn’t it? But I didn’t want to imitate the group. We aren’t Joy Division or New Order, and we never will be. What I’m doing is celebrating the records. That’s become my gimmick. I’ve very happily been working my way through them all now.

Substance illustrates how groundbreaking New Order was. Much of that has to do with the Geek Alerts where you describe how everything from sequencers to mechanicals work. And the Track by Track sections, which also appear in the Joy Division book, inspire fans to revisit each album. How did you come up with the idea to include those?

I read a lot of rock biographies. I’m reading Bruce Springsteen’s [Born to Run] at the moment. He talks about a record, and I’m feeling the same frustration I’ve always had that people never go into the nuts and bolts of recording. They never tell you enough details, and they certainly never talk about money. It’s like a bit of a fairy tale. I put the Geek Alerts in because I didn’t want it to be a string of excess stories, without showing that you had to work hard to get that freedom, if you like, to engorge yourself. It’s something nobody ever talks about. I wrote the book that I wanted to read. I am definitely ready for book number four, it’s just that I’m not sure what to do.

You've said in other interviews that you would like to write one with a happy ending. I feel like you are living your happy ending. You could have been another casualty.

That’s true. I’ve never not enjoyed a gig that I’ve done since New Order split up. I hope it’s the same for the other three, I hope they’ve enjoyed every single gig. But you know, you make great music — the very chemistry that allows you to make great music and be innovative as we were is exactly the same chemistry that destroys you in the end. We were very lucky to weather what we did, and to come out of it sane and being able to carry on. You look at a lot of people and they can’t carry on, can they? So, we were lucky: financially, chemically, and mentally, we’ve not done bad. Sometimes you forget that.