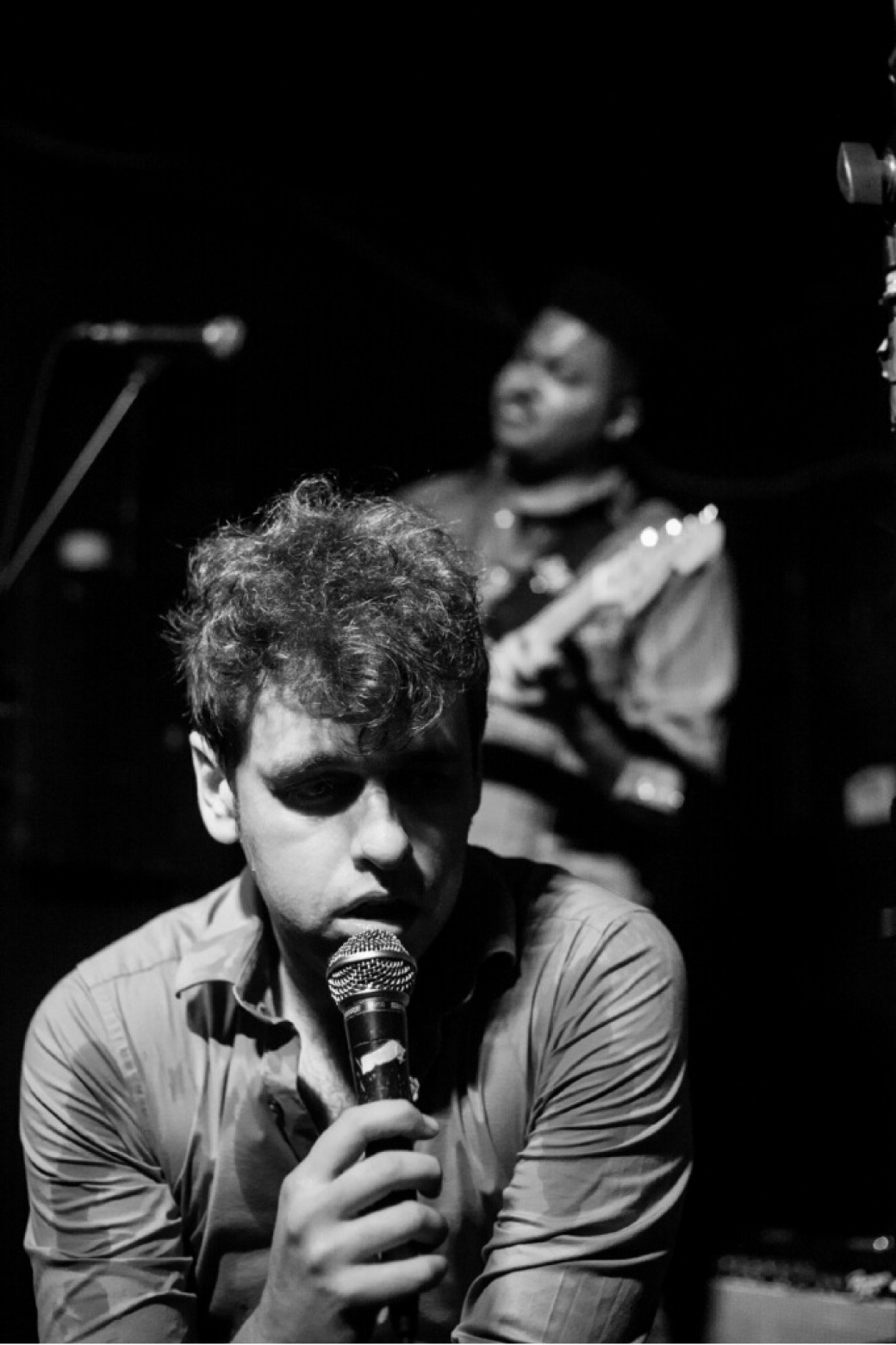 Days before 2016’s presidential election, Shepherds released “Moment” and “Violet Violence” via 7-inch. Both songs focus on the subjective challenge of being black in America and the horrific thought of losing a loved one because of their skin color. “The two singles were very much us as a three-piece. With this record we wanted to expand the sonic content a little bit,” says singer and guitarist Jonathan Merenivitch.

Since then, the group has worked hard on their album Insignificant Whip, due for release this fall. The record was produced by Athens-based Drew Vandenberg (Of Montreal) and captures a decadent sound by utilizing a full band, bowing a nod to the fear and anxiety that comes with living in the current political climate. “It has songs about Catholic guilt, baby boomers, YouTube comments, and Tupac,” Merenivitch says.

The forthcoming album pushes the limitations of classic Shepherds — a minimalist drum kit, guitar, bass, and vocals — into a more full-bodied sound. The group still draws on aspects of noisy rock, but a style that oozes with goth and synth pop influences. Merenivitch says to expect more piano throughout the new record as well.

Merenivitch’s solo country music project, Thalmus Rasulala, will debut its transformation into a full band featuring John Restivo (drums), Vinny Restivo (bass), and Mike Varner (pedal steel guitar) at 529 on June 22. The project pays homage to its namesake, Merenivitch’s favorite Blaxploitation activist, and each song is streamlined from the perspective of a black man in modern America.