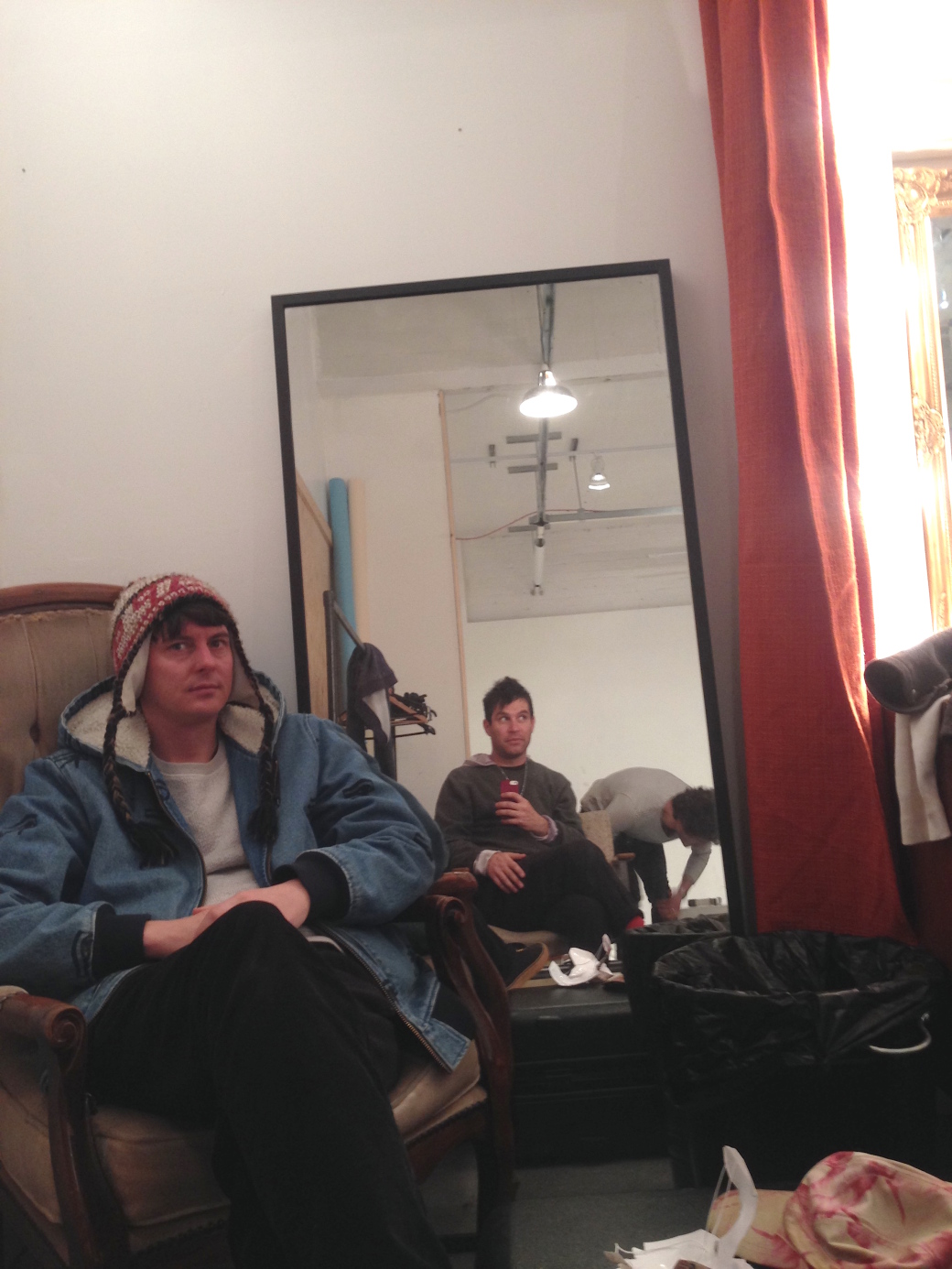 Animal Collective’s Dave Portner and Noah Lennox, better known as Avey Tare and Panda Bear respectively, are on the rod playing their beloved 2004 LP Sung Tongs (FatCat Records) in its entirety. While the set maintains the methodical chaos that has kept the group so close to fan’s hearts for more than 15 years, the duo has peeled back some layers of musical mania to reconnect with the simplicity that the release captured during its conception. The show promises a chance to experience the musicians and their work with unprecedented intimacy. Animal Collective plays Symphony Hall at Woodruff Arts Center on July 17. Portner took a few minutes to discuss the process of reacquainting with Sung Tongs while staying inspired and finding new dimensions hidden in the music.

Animal Collective has a reputation for trying out new material during live shows. How are you harnessing spontaneity on a tour that’s based around revisiting previous work?

I guess there’s something unexplainable about it. It just sort of happens. Part of it has to do with the fact that we’ve never played some of the songs live. Because we are playing the record in sequence with other songs added, which we’ve never done, it adds in some spontaneity. There is certainly an element to it that is just playing the record as we remember it, but even fans have pointed out that at certain points there are things here and there that we’re doing a little differently. It’s not extreme or anything, it just sort of happens. We get together and start playing — we don’t really consider it like practice. There’s something about just being present and experiencing things as they happen. To us, that’s a big dimension of playing live. Without feeling too connected to any sort of schedule or plan, even though this is the closest we’ve come to doing something like that, we do leave it open in a sense. And it just keeps it interesting for us to have little moments where we jam for a minute and make music on the spot together.

As a band so deeply rooted in improvisation, is it hard to stay satisfied with your recorded work? Does a slightly more retrospective setlist give you the chance to reconnect to the songs both thematically and musically?

Definitely. They feel very current and fun to us to play. I think that’s because we never really do exactly what’s on the record, and in terms of our live performance never have, it allows us to connect to it in a current way. I don’t know if lyrically or thematically we really connect to it in terms of what’s going on in our lives right now, but the sentiment and the energy is at the heart of what Animal Collective is about. It keeps that alive for us.

You and Panda Bear recorded Sung Tongs as a duo. How does the pace-change of being on stage with just Noah and yourself affect the energetic interchange between you and the audience? Does it feel like a more intimate experience?

It’s interesting. It’s come up a lot in the course of doing this. Initially, in my mind, even though Sung Tongs has a lot of energy and there’s a sort of anarchy to it, there’s also, like you’re saying, a very intimate sentiment to it. It’s one of the more low key releases that we’ve had, so I saw this experience as a good opportunity to connect to it in that way. We chose, especially in the US, to play a lot of theater venues, and it’s really interesting to see how the crowd responds accordingly. The first show we did — the New York show — the crowd just kind of went off, and it was bonkers. It’s not how I expected people to react to it at all. I think some of it had to do with the fact that we had never really played the record before, and people were excited about it. For the fans, it’s a record that they like a lot, so that makes sense. But when you take it to a seated venue, or some of the smaller, standing room only clubs we played in Europe, it’s interesting to see how you have rooms where people will just go dead quiet — we can see just how quiet we can actually take it, with no movement. You have seated venues where I kind of expect people to be that way, but when we played a seated theatre in Paris recently, it seemed like people really wanted to get up and move around. People were approaching the stage and that kind of thing. We’re open to anything, it’s just that you can’t really predict the energy that starts to happen.

Lonnie Holley will be at your July 17 Atlanta show. The lineup feels like the perfect marriage of heady artistry and experimentation.

I’ve done a couple shows with Lonnie with Deerhunter, and I’ve played with him on stage on some songs during that experience. For me and my taste and what he’s doing in terms of current artists — I know he’s been doing art and music in some form for a long time now — but in terms of what’s happening currently and what he’s trying to say right now, I think, like you said, it’s a great fit for the two of us to finally be able to get out and do shows together. I’m really looking forward to it. I really like to listen to his music. I’m a fan.

Have you tackled the show’s design with a predetermined, specific vibe in mind, or does the show’s sonic and visual aesthetic develop on stage in different ways each night?

Because the record, at the time that we were making it, was really about simplifying things and stripping things down, that’s the way we’re approaching it now. Visually and sonically, in terms of our live experience, it’s a lot more stripped down. We’re not using any projections or anything like that. We have a couple of really large banners that create more of a theater set up, or like a play or something, rather than a wild, visually over stimulating experience. We wanted it to be about us playing. That’s definitely part of it, and there are fans of ours who appreciate being able to come to a show and just see us play the record, you know, and see how it’s done. There’s a side of what we’re doing that’s allowing for that to happen.