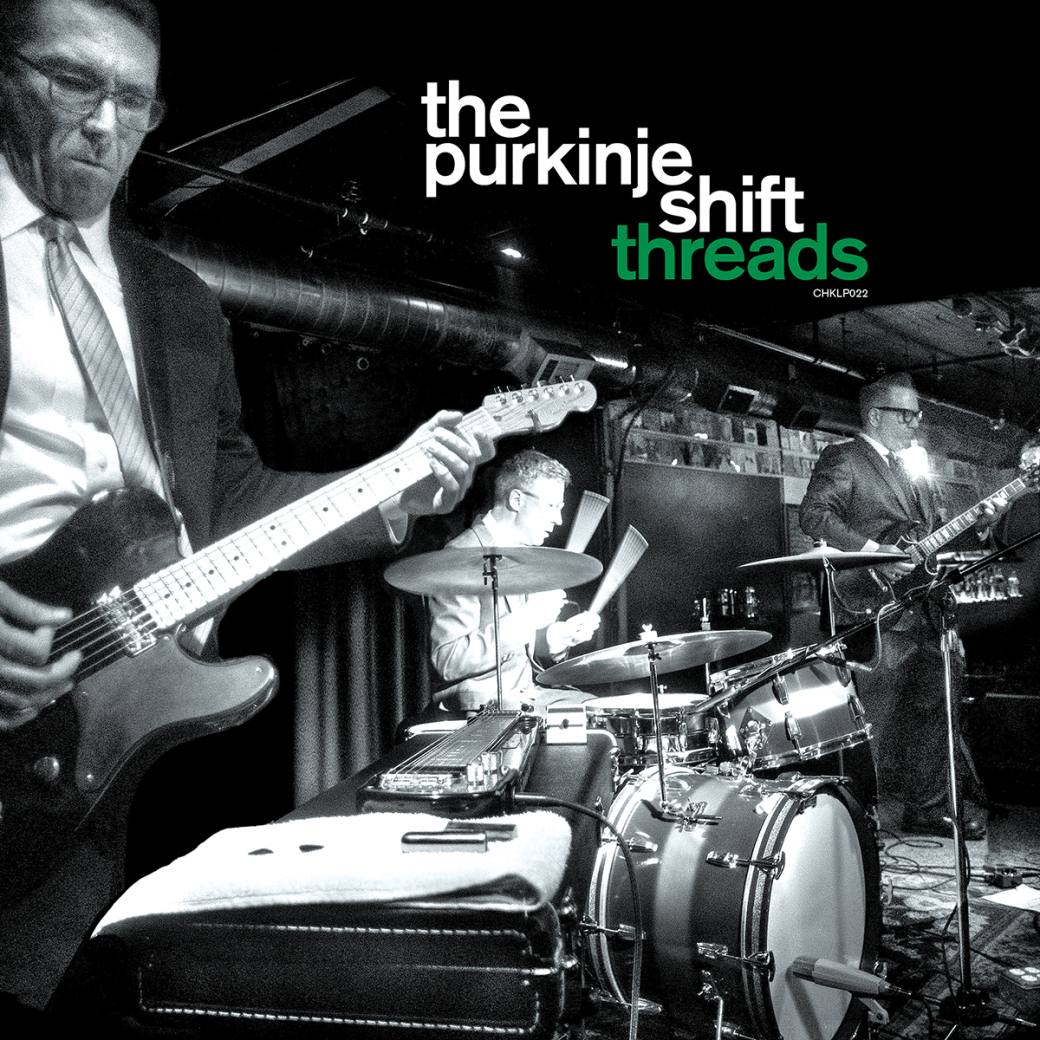 There’s a swaying, oceanic movement that powers the Purkinje Shift’s latest LP, Threads (Chunklet), as the group weaves a frenzied and full-tilt guitar crunch into stark, geometric forms. “Schnapps in Munich” kicks off the A-side with aggressive rhythms, distortion, and unorthodox hardcore grit, laying out the coarse sonic textures and stylish instrumental precision the Purkinje Shift has honed since forming in 1996. The opening number is a ’90s time capsule as much as it is a new chapter for the group. When guitarist Gary Flom deploys the howling lap steel in “I Rope Steers,” the album opens up to reveal wholly new levels of depth between long-standing members Flom, guitarist Ben Davis, and drummer Lee Corum, the latter of whom joined the group circa 2010. Uncovering new avenues to explore is an impressive feat after year 23, especially for an on-again off-again group. It is the lap steel that guides the recurring motifs in songs such as “Honez” and “Sweet Science.” But even the songs built around standard guitars, such as “Hand-Tooled Leather” and “Let’s Quit Forever,” fit into the album’s structure as though pulled by the lap steel’s gravitational force, emanating from a few strategically placed moments throughout the record. Davis’ guitar undulates around interlocking notes and melodies hammered out by Corum and Flom with wild defiance. Each song trades breakneck speed with yawning atmosphere, cut from logic, muscle, and an enhanced group language that communicates the majesty of the music in ways both subtle and massive. ★★★★☆