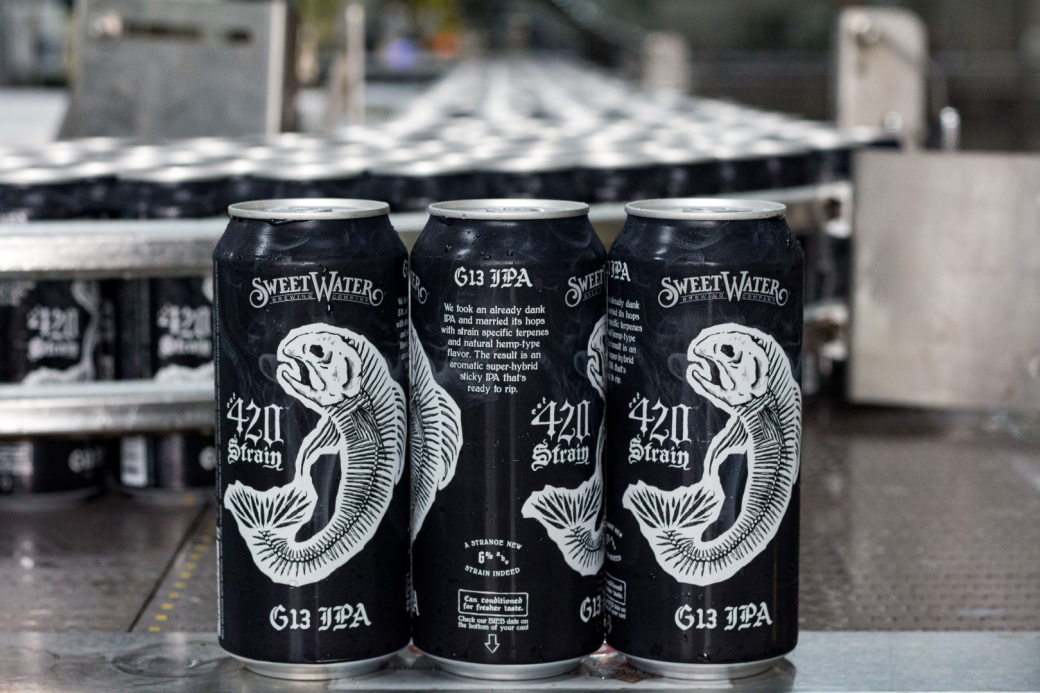 After 22 years in business, SweetWater Brewing Company is a titan of Georgia craft brewing. The 420 Extra Pale Ale is a reliable draft or six-pack selection almost anywhere in the state and beyond, and likely many locals’ first exposure to craft beer. Though its “Don’t Float the Mainstream” tagline may be slightly ironic at this point, SweetWater’s consistent quality and availability made it a household name worthy of respect. Saturday, Feb. 16, the brewery threw a huge birthday bash at its newly-renovated taproom to give fans a taste of what’s to come.

The anniversary offered a sneak peek of SweetWater’s recent renovations, which include a brand new bar and roll-up doors that open the taproom up to the fresh outdoor air, and a full in-house kitchen. Helmed by former City Winery head chef Nick Anderson, the new kitchen offers a menu of small plates specifically designed to pair with SweetWater beers, as well as more robust catering services for private events. The kitchen had new menu offerings at the party, and several different food trucks available.

Of course, SweetWater’s full lineup of craft beer was on draft, including a stash of rare and seasonal beer from the cellar. Some of the brewery’s wildest sour ales from the Woodlands barrel aging facility were available to taste and purchase to-go, along with the debut of spring seasonals and an anniversary beer.

New Orleans-based Trombone Shorty & Orleans Avenue headlined the entertainment, testing the structural integrity of the new renovations with the group’s raucous fusion of jazzy funk and R&B performing with a full band and brass section. They’ll be supported by Anders Osborne, Samantha Fish, and Grassland String band, playing sets throughout the day.

Featured SweetWater Beers
22nd Anniversary Ale | The anniversary beer is a fruity and funky Flanders Red style ale, with an acidic and dry finish at 6.9 percent ABV. The SweetWater barrel-aging program really planned ahead with this one, aging the anniversary beer for more than 18 months in oak barrels blended with a Cabernet Sauvignon barrel-aged Belgian Ale.

420 Strain: G13 IPA | A cannabis-inspired IPA that took Atlanta by storm in late-2018, the G13 IPA is SweetWater’s second-highest selling year-round draft item after the original 420 Extra Pale Ale. Hoppy and dank, the beer should be poured into a glass to achieve maximum aromatic potential.

General admission tickets are $34, or $40 at the door, and you still have to buy beer and food at the party. For $74 VIP tickets, you get four beers plus access to a primo viewing area for the music, VIP restrooms and bar, and re-entry. There’s very limited parking at SweetWater, so use of alternative transport like ridesharing or MARTA is recommended. There is also a shuttle running from the Sip Coffee at Lindbergh Center MARTA station. Unlike some other brewery events, SweetWater’s anniversary is 21+ only and no pets allowed, so leave the kids at home for this one.

Friends in the Atlanta craft beer community: If you have a cool event or new beer release in need of coverage, drop a line to Creative Loafing’s beer correspondent, Alex Patton, at alex.patton@creativeloafing.com ​​​