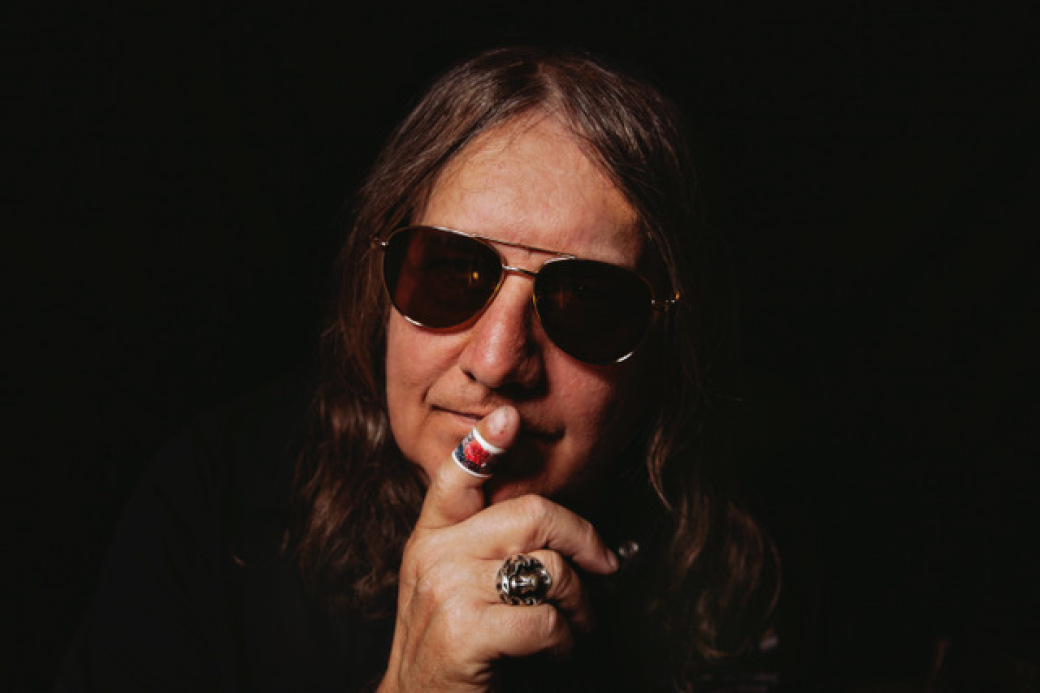 In the song “I Used to Live Around Here,” Kevn Kinney sings, “I used to live around here / a long time ago/I used to play in this bar / before we had a stage.” It’s just one number from Drivin N Cryin’s ninth studio album, Live The Love Beautiful (out June 21 via Drivin N Cryin Records), a collection of inward ruminations and distant personal memories set to the tune of no-frills Southern rock ’n’ roll. It’s also the kind of thing Kinney might say during a lull in the conversation at pretty much any local music haunt. Therein lies the allure of Live The Love Beautiful’s sentimental journeys. Bass player Tim Nielsen, drummer Dave Johnson, and guitarist Laur Joamets have crafted a winding backdrop to Kinney’s personal narratives about everything from reconnecting with Drivin N Cryin’s first LP to looking within himself to find true happiness.

Drivin N Cryin celebrates the release of Live The Love Beautiful with a hometown show at Center Stage on Friday, June 28. Kinney recently checked in for a candid conversation about the band’s history and how he writes.

Where did you live when you started Drivin N Cryin?

I started off on Saint Charles Avenue in ’82-’83, when I was a construction worker. Then I moved into a bungalow on Bellevue Street. Then I moved into the North High Ridge apartments. I came down here with Die Kreuzen, and they would live with me for the week whenever they came through the South. We’d go to Kmart and buy a bunch of white T-shirts and screen them in the apartment. We even had a room for blow-drying.

That’s kind of the whole synthesis of Drivin N Cryin. I’d had a punk band in Milwaukee, called the Prosecutors. We used to all play together. When Die Kreuzen played the Metroplex they had a night off. So me and the bass player Keith Brammer, and the drummer Erik Tunison did a band called the Rose Cutters. We played at the Metroplex one night and Tim Nielsen saw us. He lived in the grey apartments by Buddy’s. I lived across from the Shady Rest [now the Highland Inn]. There were hearses and ambulances pulling up every two weeks to pick up someone. It was an old-age home, or a retirement home. I don’t know what it was, but they took a lot bodies out of there.

So Drivin N Cryin’s headquarters were in the North High Ridge apartments. Then Gibby and everybody from the Butthole Surfers moved across the hall from us. … I think they were just getting out of Austin. The thing about Atlanta is that you can tackle the Southeast from here. You’re like six hours from everywhere. You’re 10 hours from D.C.

Some of Drivin N Cryin’s songs and album titles, like Fly Me Courageous, and Live The Love Beautiful are kind of impenetrable. When Fly Me Courageous was on MTV, I remember wondering, What does that mean? Is it like a soldier being flown off to war? Is it a relationship thing? Maybe there’s no answer at all.

There is no answer to any of them, really. Sometimes I'll see something wrong and think, “That doesn't make any sense, I love it.”

“Fly Me Courageous” — I’d been reading Profiles In Courage. John Kennedy was a huge influence on our lives in the Midwest. We were Catholic so we had a lot of Catholic literature. We had the Four Days in Dallas Time-Life book on our bookshelf our whole lives, the Zapruder film, the funeral. … I recently went to see Dead Can Dance. They talk about [Lisa Gerrard] having this language that she came up with when she was 14. I do a lot of that when I'm writing. I write two different ways: I write acoustically, which is very linear, and I'm thinking about the words. Then when I do the rock ‘n’ roll thing I’m just channeling. I'm throwing up melodies, and I'm also throwing out what something might be. It's a sketchbook, but it's also a little bit of me and my own little weird language.

Wrapped in Sky was originally r-a-p-t. Then I changed it to “wrapped,” so there are two different versions of it. The original was more T-Rexy. Scarred But Smarter is pretty obvious, except everyone called it Scared But Smarter.

… With Live the Love Beautiful, I was writing a note to Lenny Kaye. Sometimes I’ll write “love on top of love,” but when I looked at what I’d written it said “live on top of live.” Then I changed it to “live the love beautiful.” He took a picture of it and put it on his wall. So I thought, Okay, I should make that a song title.

(What Ever Happened to) The Great American Bubble Factory?

That's a concept record. ... It has “Midwestern Blues” and a song called “I Stand Tall” by the Dictators. So this is kind of a ’70s, Midwestern thing. I had written a song called “In the Land (of Things That Used to Be)” that was all about how growing up in Milwaukee my dad would drive me through the city and would say “That used to be Master Lock, that used to be something else …” ... It was like everybody had moved and gone away to Mexico or somewhere else. So I did it to ignite a conversation, like I always try to do. Global warming: People in America don't understand global warming because all the factories and all the pollution moved to places like India, and now you don't see it. They’re like, We have clean air. There's no such thing as global warming. Show me a factory that's polluting. Pittsburgh is a beautiful place. Chattanooga is a beautiful place. Milwaukee is a beautiful place.

But you know what they don't have now that they have clean air? They don't have industry because it moved somewhere else. We can do as many emissions and global-warming things as we want, but it's really on the other side of the world. We've just dumped all of these toxins into the rivers over there instead of figuring out how to clean it up, which might not even have been possible. America is out of sight, out of mind for everything.

There was a great thing on the news yesterday about TVs. The guy on the news was at a TV shop in LA talking about Chinese tariffs and how much TVs are going to cost because of their overhead, and how the owner might have to close after six generations of being a TV shop. The reporter asks, “Where's the made in America TV section?” It’s like, Yeah, there isn’t one. That was 20 years ago. And there's no TV repairman ’cause they're not made to be repaired. Everything's disposable. So that was the kind of conversation I had around that record. We can’t even make bubbles here.

I was at the Dollar Tree looking at bubbles, and it was like, really? We have to ship bubbles from China? We can’t even make bubbles here? 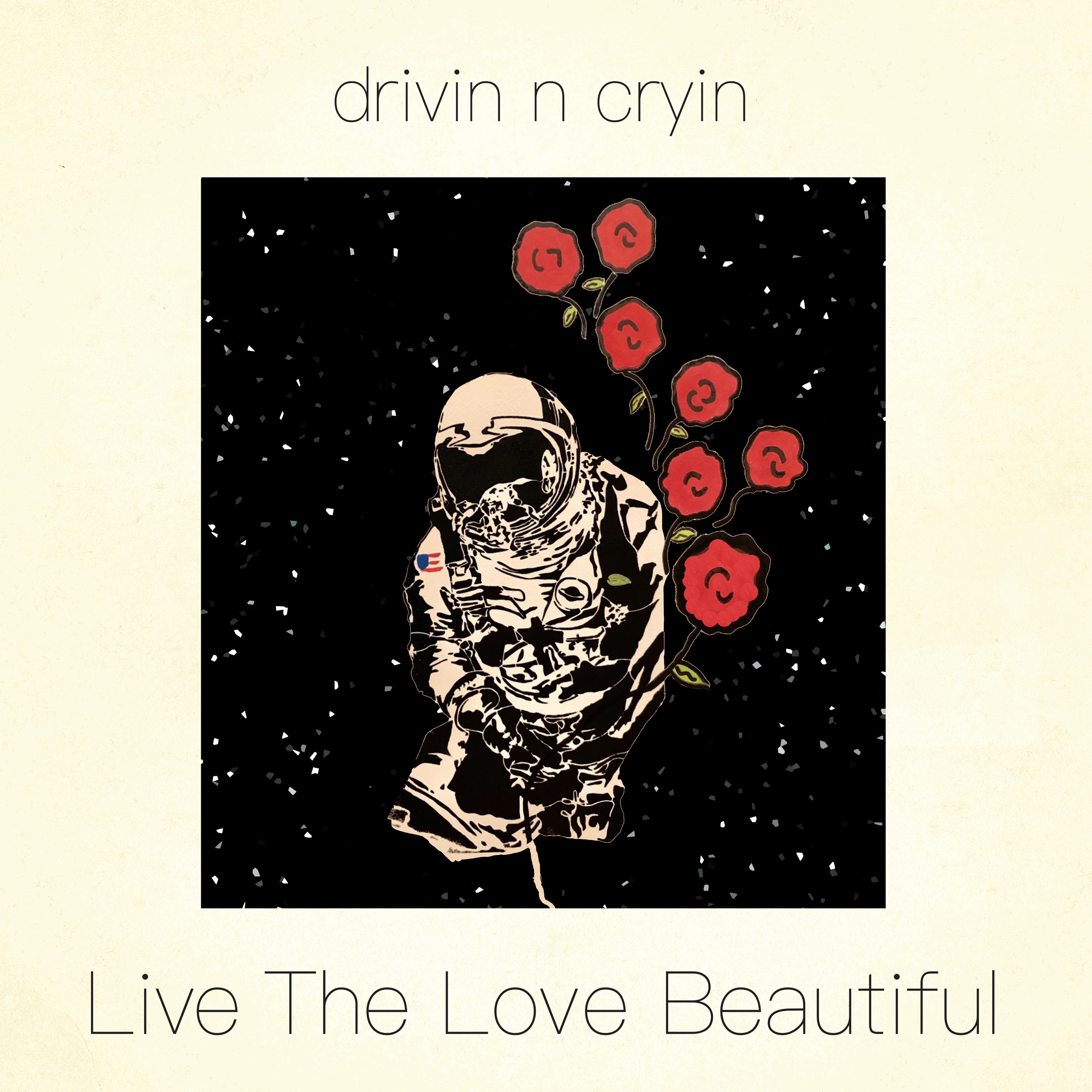 Live The Love Beautiful is more of a straightforward rock ’n’ roll record.

I think so. It's a fan record, and it’s more autobiographical. It has a lot of local observances, like of me talking about myself. I have avoided it for so long. There's a song on there, “Over and Over,” where I sing about buying my own first record at the Goodwill in Winston-Salem: “I bought my own record from 1985, side one, song three …” It’s about forgetting what it was that made a song. Before this record there’s one called Too Late to Turn Back Now, which was actually recorded 20 years ago by Kosmo Vinyl. It finally came out on vinyl, and I had to learn songs for the tour. I had to listen, pick up the needle, and listen again!

“Free Ain't Free” was just something about a woman … My friend Chris Griffin lives down in, I don't even know what the name of that neighborhood is — East Atlanta-ish. But you see that there's one black family left in his neighborhood. I'm glad people have nice places to live, but I feel the resentment from the people who are being pushed out. It’s one thing to be pushed out culturally, but to be pushed out because the house next door is now a McMansion and you can't afford to live in the neighborhood ... Your husband worked at GM, and you guys bought this house and raised your kids, and here you are. His pension paid for your property, and then the property taxes quadruple. You can't fight city hall. You can, but you're going to have to quit your job. It’s going to be a full-time thing. You have to get the press involved. You need some sort of movement involved, ’cause you can't just go in and say, “It’s not fair!” They’re just going to say, “I know!” [laughs].

“What’s Wrong with Being Happy,” that’s kind of a fun song about a guy thinking about simpler times and watching “The Ed Sullivan Show” and go-go dancers. Sometimes you wonder what is wrong with being happy, why everything is so heavy. Just for a minute, let me just sit here and not worry about my life. It’s getting harder to do. It's why I don't do hard drugs anymore. I don't know if I can control how happy I am. And I have responsibilities. It used to be a lot easier to get high and do stupid things. But the older you get, the more you have to be prepared for your kids to call, or your work to call, or the grandkids. What needs to be answered, who’s collecting, what's in the mailbox? What did you forget?

… This one will probably be the last Drivin N Cryin album that I do for a while. I am interested in doing another Drivin N Cryin record, but I don't want to be the songwriter. I want to do four songs, and I want everyone else to contribute two songs. I tried to do that with this record when Tim said, “Let's make a record.” I was like, “Alright, what do you guys got?” Their contributions are in there, especially Laur. He’s an amazing guitar player, and he’s come up with some great parts, and Dave Johnson, and Tim — everybody contributed and they always do. But I don't want to be the primary songwriter anymore. I only want to do that on Kevn Kinney records. I don't want Drivin N Cryin to be synonymous with Kevn Kinney. I never really wanted that. I welcome everybody to bring two songs. Plus, I think the fans would like to see the drummer sing two songs, or the guitar player play an instrumental that he wrote. And it's a Drivin N Cryin song, and it’s not something from his solo record. Dave Johnson sings two songs, and it's two songs that he wrote or I’ll co-write them with him — something like that. I don't want it to be just me. I have other projects where I want it just to be me. -CL-

Questions and answers in this interview have been edited for space and clarity. Press play on the full conversation below.