From Common, with love

Prior to his ASO performance this weekend, the Chicago artist discusses “HER Love,” beef, and human connection 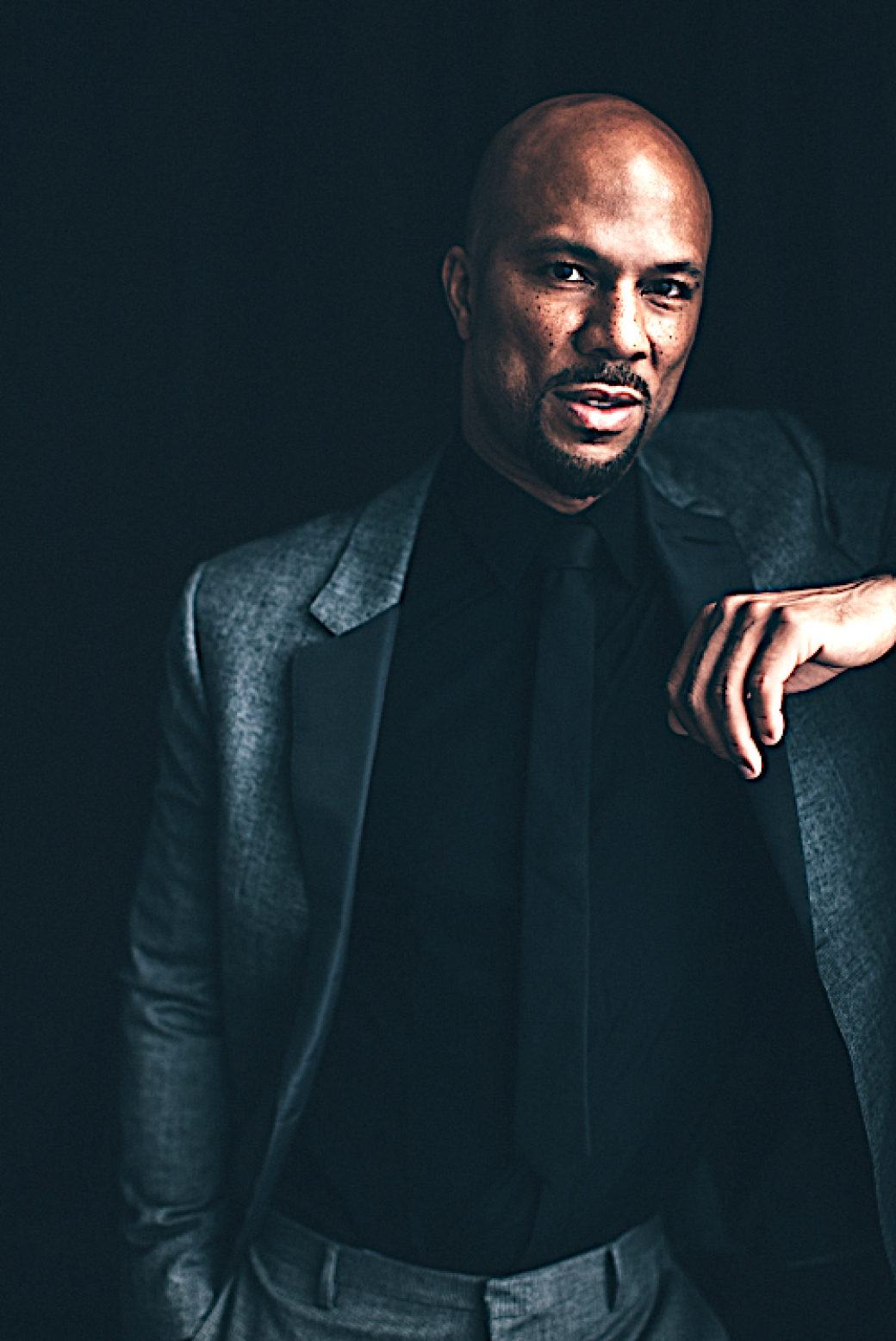 Veterans of any industry risk becoming a shadow of their former selves by staying in the game too long. In hip-hop, only a handful of acts have been able to age gracefully, with many careers thwarted by tragedy or being derailed by irrelevance in the genre’s ever-changing landscape.

Common, 27 years removed from his debut album, has transcended multiple hip-hop eras through growth, awareness, and passion. Having released Let Love Have the Last Word, a New York Times bestselling memoir, earlier this year, his 12th studio album, Let Love is on the horizon.

Mid-June, the Chicago artist released the album’s lead single “HER Love,” a touching third installment in his series of love letters to hip-hop that started with 1994’s “I Used to Love H.E.R.” A nod to rap’s current torch bearers and boasting a slick lyrical flex, the soulful cut features Canadian R&B standout Daniel Caesar, who delivers the heartwarming hook: “Who knew? Who knew that we would take it this far?/I, I love you, so just be who you are.”

Common hits the Cadence Bank Amphitheatre at Chastain Park on Saturday for a special concert with the Atlanta Symphony Orchestra, when attendees will be able to hear unreleased cuts from Let Love. On the heels of his performance this weekend, one of hip-hop’s most respected MCs discusses his new music, younger generations of rappers, love, and growth.

Although no release date has been revealed for Let Love, what can you tell listeners about the record?

This album is really a picture into my soul. I’m talking about my personal life and things that I’ve felt and experienced in a Marvin Gaye-ish type way, where you’re examining yourself and really being open. The music has a spiritual aspect to it. It has the soul, but it also has the raw element that I love about hip-hop. It’s a hybrid of music that’s just about feeling. I believe it moved forward for me because of the way that I was digging into the layers of myself.

That sentiment is reminiscent of Jay Z’s 4:44, which is interesting because you mention that he can still make the song cry on “HER Love.” Do you think your lyricism has grown and improved as you’ve gotten older?

I try to take in everything, be present, and truly live my life. When I do that, I’m able to express whatever I see or feel in that moment or whoever I’ve been influenced or inspired by. And I also  work at the craft of music, the craft of emceeing, so all those elements are helping me too. Writing the book helped me. Because I was writing a book, it made me open up about things, things about myself that I hadn’t dealt with.

That evolution comes the more I learn about myself, the more I get into mindfulness, the more I build my relationship with God, or the more I connect with people. The more I listen and learn from people, the better my music and my writing becomes. Even acting helps me, because it helps me to be free and open and see things in different ways. So yeah, I feel like as long as I continue to grow as a person, I can grow as an artist.

What can you tell younger artists who are trying to reach that same level of consciousness?

I think it’s important for any young artist to really find what their voice is. Like what am I doing this for? What is my purpose? Ask yourself those questions, then seek out those answers. I was 21, 22 when I started really rapping about what I was going though, but I was finding myself in my voice at that time. I think any young artist should be able to be open to tapping into what they truly feel and finding their unique way to express it.

Make sure it’s aligned with what you want your vision of yourself to be, and not like whatever this or that artist sounds like because you see they have success. I think the beauty about when we get great artists, the individual brings their soul to the forefront, their art and their voice. And I think that’s one of the most important things that a young artist can do. Find your voice.

You touch on plenty of newer artists who have made their mark in “HER Love.” You also mention entrepreneurship in hip-hop, like movies and other opportunities. Where do you think new artists can go from here?

Hip-hop artists have already established lanes like clothing, so I don’t think you always have to reinvent the wheel when you do it. But then, in the context of inventing the new wheel, I think artists definitely have an opportunity to get into design and tech and open up companies that are dealing with creative programs and apps. There’s a lot of businesses for them.

I’m getting into theater work. That’s something I’m really looking forward to doing, creating and writing in that way. I think artists can use their voices for writing films, scripts, and even commercials. I started to realize as a writer I could write in different arenas. It doesn’t have to be only in hip-hop, man. That’s another avenue that new artists could definitely explore, using your writing towards an outlet that you may not have even imagined it would be valuable.

Speaking of commercials, you start yours off with Microsoft by saying, “Today, right now, you have more power at your fingertips than entire generations that came before you.” How do you relate that powerful statement to your album?

I have access to so much music, so many forms of information and art that I honestly went back to the human connection. The artists and producers that I’ve worked with, they gave me access because of how they access their sounds. All this music is played live, but some of it feels sampled. At my fingertips, I have all the tools and resources to create some of the best art.

But I think the commercial was also meant to empower individuals to use their gifts and their access to do good. To do good in the world, to do good for your community, and to do good for yourself. I believe that this album is an example of me saying, “I’m going to use this platform, and whatever gifts I have to tell my story to, God willing, inspire others to be better within themselves.”

You’re hitting Atlanta for a show with the ASO. We’ve seen Kanye West and Migos perform with orchestras, so what made you decide to get into it?

The meeting of the two worlds, the sound you get and the presentation are what I love. As an actor, I want to put a lot of theatre into my performance. What I mean by that is having narration and having different scenes. I like the drama of presenting songs sometimes, so the symphony just added to that dimension.

It just shows you how music is all-encompassing because they’re two different factions of music. Hip-hop is so free. It’s rebel music, and the symphony has order to it. When I perform live with my band, we can go on for five extra minutes on a song. But with the symphony, I gotta follow that structure because the length of the song is written. They need to know what’s next. It’s a lot more musicians you’re playing with, so it teaches you how to work within a construct and still be yourself.

Your album and book are both centered around love, but as an MC, you’ve had beef and went hard when it was necessary, most notably on “The Bitch in Yoo.” My last question for you: Can you beef with love?

Great question, great question. So do you mean: Can you beef with love, or be in a beef and have love?

Okay. So for the first question, beefing with love, the thought of love: Yes. You can beef with it because you sometimes are hurt or in pain because a love was broken. So you have a certain angst towards it, a feeling where you don't want to be in love anymore because you've been hurt by it. But that's when love has to go deeper, and it just has[has to| ]to reach out even more. You overcome that pain and you defeat that fear, and that's when love really prevails. So that's that.

Now, I would say that you can't have beef with and have love. You can battle someone and still have love, but beef is a continuous action. Angela Davis, the Black Panthers, Harry Belafonte — they were fighting with love, you know what I mean. But beef is, "I don't like you, so I'm about to destroy you in any way possible." And that ain't done with love.