ATL UNTRAPPED: To be young, ambitious, and Black 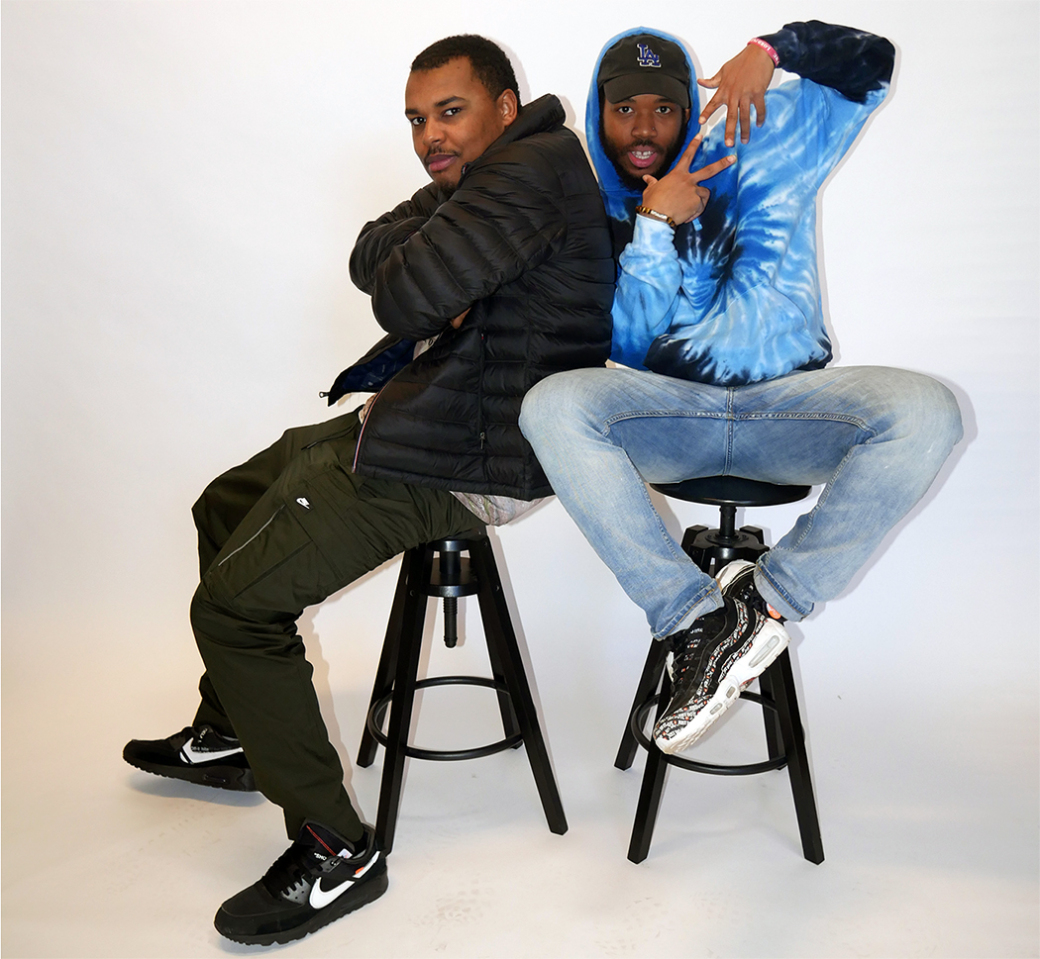 Photo credit: Joshua Robinson
WHY NOT US: Kai Silvera-Robinson (left) and Nick Selders saw an opening and took a chance.
By Joshua Robinson Tuesday February 4, 2020 11:57 AM EST

Kai Silvera-Robinson, 23, and Nick Selders, 22, are two rap nerds from Cobb County who spent high school debating the merits of new music. Years later, remembering how they used to scour hip hop blogs for new releases still ignites sparks in their eyes. The way they refer to the early genius of Top Dawg Entertainment, or their first time hearing Mick Jenkins’ breakout mixtape The Water(s), is like hearing someone reminisce about getting their first car.

Their love of music has always been undeniable, but ambition is what launched their passion into a career. After witnessing the rise of great behind-the-scenes figures such as Oliver El-Khatib and Noah “40” Shebib, their fandom evolved into inspiration, and eventually, Robinson and Selders shifted their sights away from music consumption to its production.

“We were just two music nerds in high school that were like, ‘Yo, we can do this shit better,’” says Silvera-Robinson (no relation to the author). “That was really it — two niggas saying, ‘Why can’t we do that shit?’”

Wealthy in Ambition was formed by two young Black men dedicated to bringing something different to the music industry. Today, the management company works with four intriguing local talents: Zaia, an Arista/Sony artist who just finished touring with Skizzy Mars; Atlanta Xay, a producer and songwriter with collaborative ties across the city; Tonye Ayeba, a soulful multihyphenate with musical roots in the church; and Timxspnt, a self-driven creative force whose album Lord Please Don’t Forget About Me disrupts any notion of what Atlanta music should sound like.

The artists that Silvera-Robinson and Selders service aren’t ‘safe’ bets coming out of a city dominated by trap, but the duo enjoys managing a sonically diverse bunch that isn’t afraid to venture into musical territories foreign to mainstream hip-hop.

“There’s a lot more to Atlanta than what’s nationally seen,” Selders says. “There’s a different path to go down where it’s okay to be you and not do what you see all the time.”

Wealthy in Ambition supports those who venture down the path less traveled by working tirelessly to ensure that their artists are in a financial position suitable for their creative endeavors. Selders jokingly refers to their partnership as UMG (Universal Music Group) because of all the areas they have their hands in, from developing music video treatments and planning events to chiming in at recording sessions and setting up meetings with streaming services.

However, valuing quality over clout has led Silvera-Robinson and Selders to step back. Being in charge of such extensive artistic input could bring them more recognition, but may not necessarily yield optimal results for their artists. Instead, they look to give chances to talented people who are willing to put in the work, searching out emerging videographers, writers, and photographers.

Instead of bum-rushing famous designers and creators, Wealthy in Ambition typically taps the city’s underdogs for projects in hopes that all parties involved can rise to prominence together. They have already started to build a repertoire of frequent collaborators, including photographers Jarel Walker and Kye Sams, as well as music video director Jabari Jenkins.

“Sure, reaching out to people who are more established can help,” Selders says, “but if you’re trying to do anything new or special, building with people that are in the same position as you strengthens everything. Not only will it be more organic, but there will be a deeper connection.”

The Cobb County duo’s entire operation is geared towards achieving something greater than their individual success — an opportunity for everyone to eat. They are comfortable with being a source of ambition for others, likening their vision to a rising tide that lifts everything up with it.

“I remember when I met Zaia,” Silvera-Robinson says. “I told that man, ‘If you really want to, you can be as big as Drake,’ and that nigga laughed at me. He didn’t see it. He sees it now.”

Effective management can show people what they may not see in themselves, but Silvera-Robinson and Selders agree that having drive and passion is still crucial to realizing one’s full potential. In 2019, the uncompromising work ethic shared between Wealthy in Ambition and each of its artists brought everyone involved closer to their goals, and a genuine passion for music keeps them all focused on the year ahead.

Silvera-Robinson and Selders epitomize what it means to be young, ambitious, and Black. Their tale is inspiring — two friends who used to discuss music industry happenings in high school now making moves that will secure their place in rap debates of generations to come. And the fact that they’re having the time of their lives doing it makes it even better. —CL—