For musicians, the only path forward is innovation 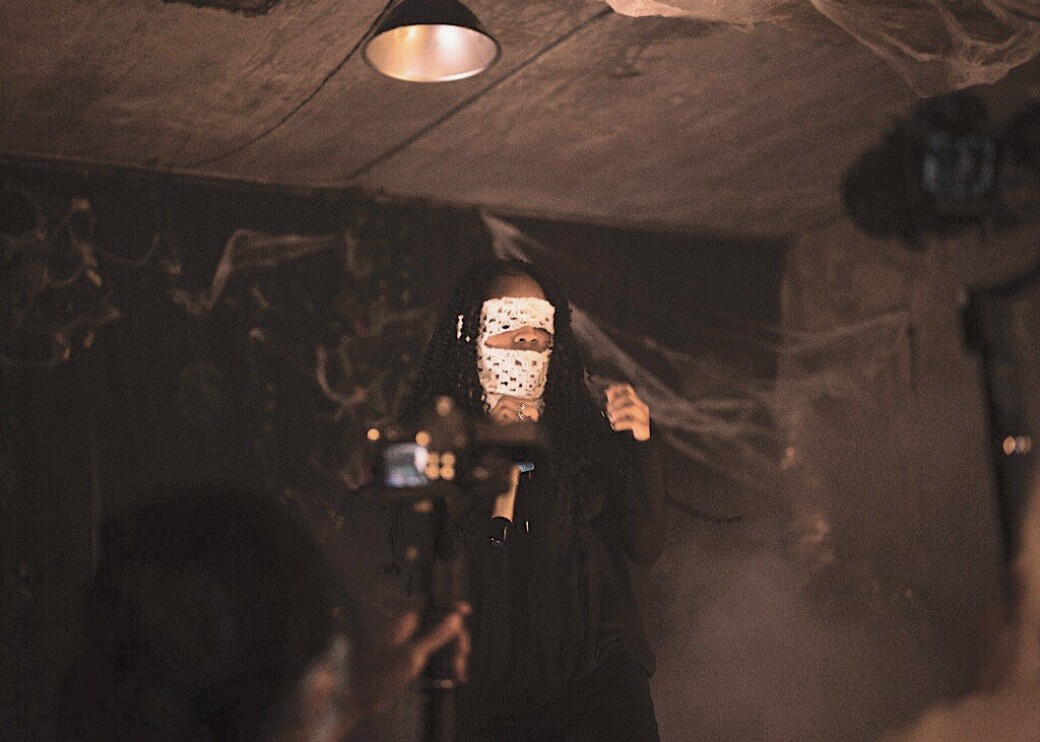 After months of coronavirus pandemic coverage, phrases such as “due to the unforeseen coronavirus pandemic” and “in accordance with CDC health and safety concerns” regarding COVID-19 don’t resonate with the same impact they once did. The ramifications of the pandemic are still very much present, though we are far removed from the initial reactionary period of seven months ago that led to city-wide lockdowns, sheltering in place, and the closing of public gathering places. The “unforeseen circumstances” that changed life as we knew it earlier this year are now a part of our reality — along with wearing masks and social distancing — so, while  pandemic talk, as a literary function, may seem like filler at this point in 2020, it is still very much a  part of our daily discourse. Nevertheless, I invite you to read this account of how the pandemic has affected Atlanta musicians and their live performances taking into account the choice presented in Robert Frost’s “The Road Not Taken.”

“Two roads diverged in a yellow wood/And sorry I could not travel both” are the opening lines of Frost’s testament to the life-changing choices that we all encounter throughout our life journeys. Considering the scourge of COVID-19, we’ve all been forced to make such a decision in how we choose to live right now. However, rather than glance at our options as the narrator in Frost’s poem does, we’ve borne witness to the blocked roads ahead of us and had to decide whether we should create a new path altogether or wait until the original paths get cleared. Some people — like those who work in the restaurant, retail, and service industry — have had to forge new paths, finding success through their innovations, but others — in particular, creatives in the arts and music worlds — have had even harder choices to make while attempting new alternatives.

With the decade-long decline of music sales and the rise of streaming services throughout the 2010s, artists have had to earn most of their income from touring and performing live. Yet when concert venues and music clubs went dark to stem the spread of COVID-19, the most consistent money-maker for performing artists ground to a halt. For most of them, their  ingenuity was put to the test as creative new performance options were attempted.

So far, the most popular new mode of reaching audiences has been the virtual concert — the online streaming of a performance — which has proven to be a format open to artists of all stature while easily accessible by their fans. In August, 6lack held a live-streamed roof-top concert in front of an Atlanta billboard. Back in April, Wiley from Atlanta and other rising artists participated in ONE MusicFest’s #AtTheCribFest by performing small sets available on their personal Instagram accounts. The summer also saw the rise of drive-in concerts, with popular concert series The Parking Lot Concert and Drive-In Concerts leading the way in socially-distanced in-person concerts.

The actions Atlanta artists have taken this year to continue offering their fans live performances have been absolutely game-changing. Even so, the innovative ideas guiding them have had both positive and negative implications, especially for unsigned local performers. Sure, 6lack’s live-streamed “Live From The Ledge” benefit concert in August garnered over a million views, but the awe-inspiring scope of the LVRN (LoveRenaissance, an Atlanta-based record label — ed. — artist’s show is far beyond what a rising artist’s limited budget can accomplish.

Fortunately, artist discovery platforms like Lotus Rosery have aimed to bridge that gap for independent acts. Prior to its live-streamed Halloween music festival, the team behind Lotus Rosery (Anwar Dougsiyeh, Oni Culbreath, Tiryk Borrego, and Jarrett Smith) hosted a professional taping for local artists participating in the October showcase. The result yielded an elevated level of audio and video production for artists who may not have had the resources to achieve such quality on their own.

Witnessing that private taping gave me hope for local independent artists, but it didn’t ease all of my qualms. Even after great quality is achieved, there’s the matter of making money. After major label acts such as 6lack (LVRN/Interscope) and Deante’ Hitchcock (ByStorm Entertainment/RCA) hosted virtual concerts for free on YouTube earlier this summer — rather than commissioned by streaming services such as Apple Music, Tidal, Netflix, or Hulu — the standard for allowing free access to similarly formatted performances was set. Therefore, independent artists must follow suit to even ensure an audience, while, at the same time, eliminating a major source of income. That then puts pressure on them to ask for donations and push concert merch alongside those virtual experiences. The probability of an audience enthusiastically purchasing merchandise for a show that they impersonally interacted with isn’t high.

However, that potential lack of cash flow isn’t necessarily an issue for drive-in concerts. After attending the K Camp Parking Lot Concert at the top of October, I can attest to the pricey nature of that post-COVID-19 concert solution. With parking lot spots — and general admission tickets — sold, there should be plenty of money in the books for artists performing drive-in shows to make a decent amount of money, which is great because there certainly weren’t any booths or roaming golf carts on site dedicated to selling concert merch. Although the profitable nature of those concerts may drive (pun intended) artists to give this innovative new format a shot, drive-in concerts have two glaring flaws worth consideration — a lack of access for independent artists and a potential threat to the health of concert attendees.

Both the Parking Lot Concert and Drive-In Concerts series regularly take place at the Gateway Center Arena in College Park, making it possible for thousands of fans to see their favorite artists for the first time since the start of the pandemic. While the formula can surely be replicated on a smaller scale, the price and difficulty of renting a parking lot for a concert may prove too challenging for many rising artists, leaving signed acts the sole beneficiaries of this creative new approach to live performances. Furthermore, drive-in concerts only succeed when their social-distancing aspect is actively enforced. Without it — as social media has revealed to be the case on several occasions — these special events become grounds for the spread of COVID-19. No artist, promoter, or festival official wants that outcome for their audience.

As 2020 draws to a close, that’s where Atlanta artists are in terms of choices to be made in attempting to earn their living through live performances. Make no mistake, all of the platforms, artists, and concert series mentioned in this column have made phenomenal first steps in realizing viable socially-distanced solutions to the pre-coronavirus pandemic concert experience — but they are still in their prototype stage. Several months after COVID-19 blocked the roads that we all expected to take in 2020, the state of concerts and live performances is still up in the air, and all creatives within the music industry, from local artists with 10,000 monthly listeners to those with major label support, will have to continue navigating a never-before traveled road moving forward.

Robert Frost closed “The Road Not Taken” with the lines, “Two roads diverged in a wood, and I —/I took the one less traveled by,/And that has made all the difference.” Luckily, the narrator had two roads to choose from. Atlanta’s artists face a more challenging dilemma — designing a new road altogether, one constructed through true grit and sheer ingenuity. —CL—