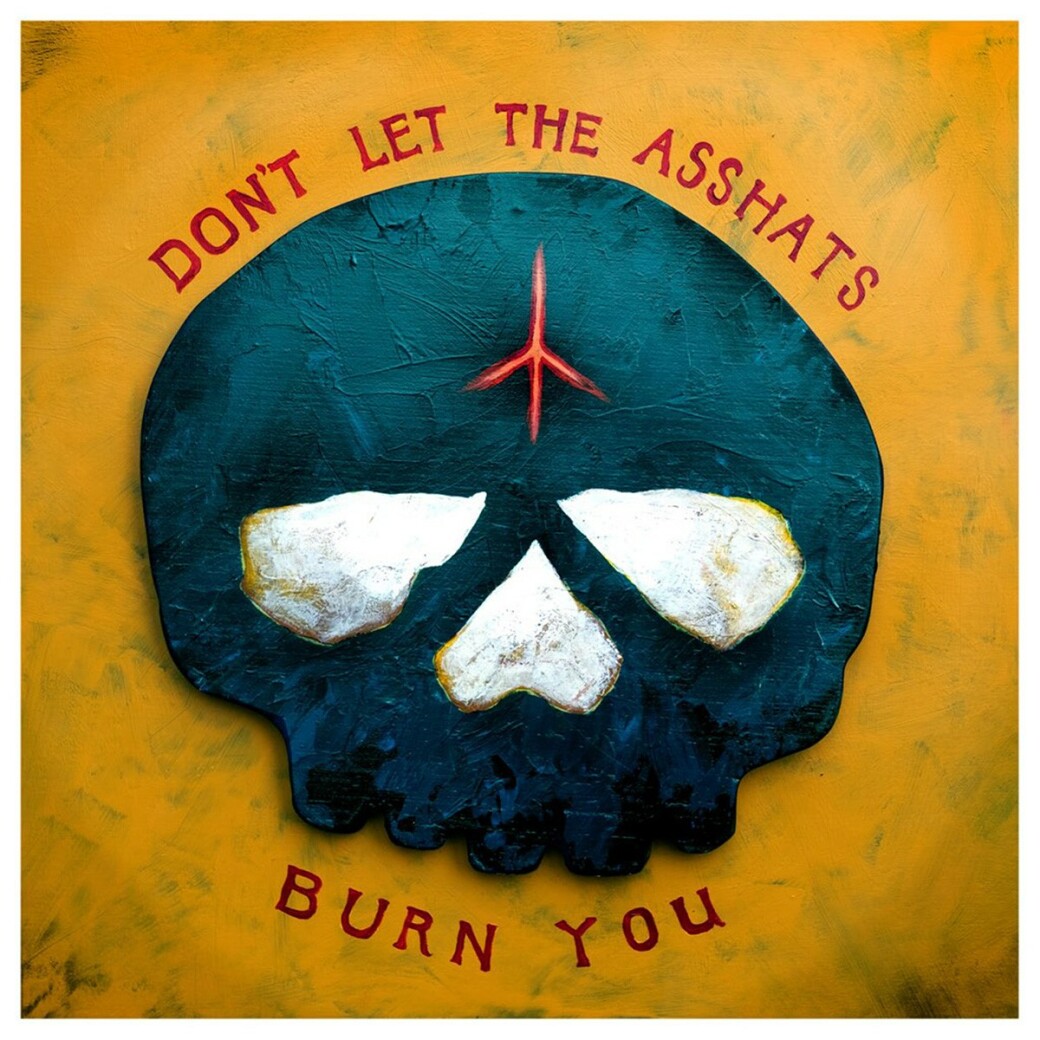 With a semblance of sanity restored to executive leadership in the land and the vaccine for COVID-19 finally making its appointed rounds, it’s possible to envision a time in the not too distant future when communal celebration of the arts presents a less-than-life-threatening proposition. Meanwhile, caution prevails, as surely as the show — in one way, shape, or form — must go on.

Last December, W8ing4UFOs marked the release of Don’t Let the Asshats Burn You, the band’s full-length album debut, with a concert at Waller’s Coffee Shop. Staged in the tree-shaded greenspace adjacent to the joint, the event offered an especially welcome, relatively safe, socially distanced environment in which several dozen people got a live-music fix. On Saturday, May 8, one of our town’s most idiosyncratic, literarily astute bands will again perform in an outdoor setting, this time at Elliott Street Pub downtown.

W8ing4UFOs co-founder, guitarist, banjoist, and singer-songwriter Bill Taft, whose Atlanta-centric resume stretches back into the 1980s with groups such as The Jody Grind, The Chowder Shouters, Smoke, and Hubcap City, says the Elliott Street gig will serve as a tribute to the work of veteran guerilla artist Jay Wiggins, creator of Evereman. Joining Taft on the Pub’s patio stage will be W8ing4UFOs regulars Brian Halloran (cello), Will Fratesi (percussion), Billy Fields (keyboards), Sean Dunn (guitar), and Katie Butler (viola).

Evereman should be familiar to most readers. The block-shaped, robotic visage began appearing in 2003 in public spaces around Atlanta in the form of stencils and sculptural objects. In the spirit of “art for everyone,” Wiggins encouraged finders of Evereman objects to become keepers of the work. Today, Evereman is a global street art phenomenon representing, in the artist’s words, the concepts of “co-creation and collaboration, and about giving and creating before taking and profit.”

Creative Loafing: What is the connection between Jay Wiggins’ Evereman art and W8ing4UFOs’ music?

Bill Taft: Evereman and UFOs are connected through the DIY tradition. Today, while outdoor shows are one of the few ways we can experience live music, the outdoor vibe is not new to UFOers or Jay. When the Chowder Shouters started, we only played outside on sidewalks until we got inside gigs at places like Frijoleros (the legendary 1980s-era taco/burrito eatery on Peachtree Street in Midtown, which was founded by Wiggins).

With the record release concert at Waller’s now five months in the past, how does it feel to still be performing in the midst of a pandemic?

I have always liked playing outside. A long time ago, I played for tips on the street in New York City using a battery-powered amp. Social distancing just means UFOs does more of the same, which is play outside.

What’s the story behind the title of the new album, Don’t Let the Asshats Burn You?

BT: The cover started out as a Jeremy Ray (Cabbagetown-based mixed-media artist and musician) painting. Jeremy asked Brian whether he wanted words on the painting, and Brian said, “Sure, don’t let the asshats burn you.”

Many of your songs are inspired by classic literary works — Milton, Shakespeare, and so on. Is there a theme running through all or some of the material on the album?

BT: One major theme would be how we are always remixing the past to make sense of the present. “Hamlet” started out as a Smoke song. We recorded a demo of the song, but never released it. UFOs picked up the song and I added some words, so the version on the album is a collage of old and new versions.

“Rahab” was first performed by Hubcap City. I wrote the words after stumbling upon Rahab while reading the Old Testament. I tend to read the Bible sideways, at random, until I find something that makes me ask WTF did I just read? Her story jumped out to me. A lone woman, a harlot, judged and damned and laughed at by everyone else in town. Then come two guys on a secret scouting mission to check out the town prior to invading it. She gave them sanctuary. She took a risk she didn’t have to take. I kept seeing her and the spies and then started pasting words onto the story, which I love to do, take an old story and paste new words onto it:

I am a big fan of skateboarding and graffiti, activities that allow people to transform a cityscape, a downtown street, into something new: a skate park or an art gallery. I used to take pictures of the graffiti on the walls of a DIY skate park in a vacant lot near Peachtree Place and Spring Street. Then someone bought the lot and smashed all the skateboard ramps. “Rahab” represents a force capable of righting the wrong done by the evil developer.

What are some of the production highlights on Don’t Let the Asshats Burn You??

BT: I really dig (Cabbagetown-based producer) Steve Seachrist’s “sound farmer” style. We recorded at his home studio, Radon Recordings, playing around a grand piano. There are many layers to the album. Billy’s synth adds a lot of texture, layers that weave in and out of songs. The synth parts have a mind of their own.

Where does W8ing4UFOs fit into the Atlanta music scene today and how does it relate to the music and bands you’ve been associated with over the last five decades?

BT: This is the most recent ripple of an energy wave, which goes back to the days of Deacon Lunchbox, John Thomas (The Chowder Shouters), Opal Foxx, the Mudd Shack, 688, the Destroy All Music festivals, The Now Explosion, The American Music Show, Quantum Productions, and even further back through the Hampton Grease Band and everything that gave rise to what they did. I didn’t invent the wave. I’m just riding it the best way I know how, like so many others have done. —CL—