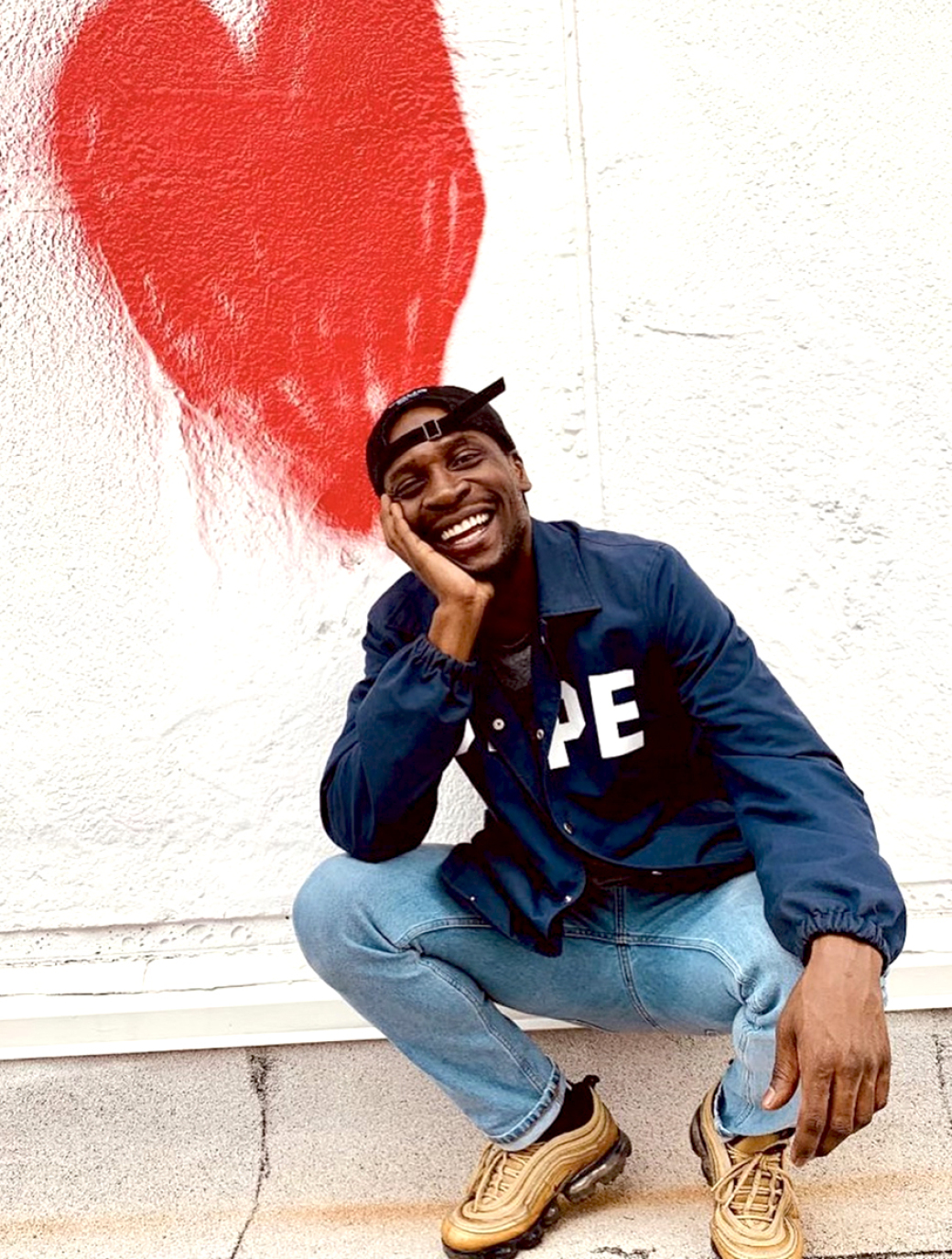 The “somewhat frantic” Suliman “Suli” Chillis, as Rodney Carmichael described him in CL’s 2014 “20 People to Watch” roundup, can still passionately rattle off a litany of ideas in a matter of minutes. But seven years after he was described as such by the renowned Atlanta journalist, and two years after I first became acquainted with Suli, Chillis appears to be far more composed.

While speaking with him at Community Grounds Cafe near Carver High School, the CRUxMKTG and UNITE. Initiative founder details his 501(c)3’s paramount focus as the year closes: UNITE. The Album. He explains with conviction the premise of his first-ever musical endeavor, which has been strategically devised to fund mental health services for underserved communities.

If the people working on their laptops a few tables over were eavesdropping, they would likely think that Suli was walking me through his grand purpose in life, and I think they would probably be onto something. As altruistic as the ultimate goal of UNITE. The Album is, the inspiration behind the therapeutic project is inextricably linked with Suli’s personal story.

Throughout the first 15 minutes of our conversation, he walks me through his humble beginnings as an Atlanta transplant by way of New York and a Morehouse College student. At Morehouse, he teamed up with like-minded friends to start a platform for showcasing emerging talent and uniting a community of Gen Y and Gen Z creatives. He then brings me up to speed on the projects that helped prepare him for his latest initiative. Those previous endeavors range from collecting canned goods with a free ScHoolboy Q concert in 2012 to partnering with other local organizers to raise money for the Atlanta Community Food Bank through the two-day Everybody Eats Festival in 2019.

However, Suli told me how the journey to UNITE. The Album truly began within the first 30 seconds of our sit-down — with the passing of his mother in 2011. A decade later, the 32-year-old creative has found his way through early adulthood, and his relationship with his late mother continues to guide him as he sets out to build his forthcoming charity album.

“My mom was a big music fan,” Suli says. “You know how moms may wake up early, go workout, and come back before school like, ‘Why you ain’t dressed yet!’ Well, one morning she came back with some FYE bags, and she had 10 copies of (Kanye West’s) The College Dropout and said, ‘This is real music.’ She gave me a copy because I would carry my CDs. Now, I realize music has been my peace my entire life, and I think it was my mom’s peace too.”

Suli and his mother’s shared love for music has also informed the concept behind UNITE. The Album. The project is designed to feel like a spiritual pilgrimage, and when listeners press play, they will assume the role of a child who has been sent off by their mother to find a better life.

“The mother sends her child on a journey with a CD and some letters from their father,” Suli says, “and she tells them, ‘If you get lost along the way, one of these two things is going to help you — these letters or these songs.’”

In addition to paying homage to his mother’s practice of gifting him CDs and taking him to see artists like Kris Kross and Patti Labelle in concert, Suli wants the music to narratively reflect the real-life struggles that many of today’s young adults face while trying to build a life for themselves. Thus, each song will represent a distinct stage in the listener’s ongoing quest for inner peace.

“As with any journey in life, you start off and everything’s cool. You don’t even know that you’re in a shit show,” Suli says, explaining the progression of UNITE. The Album. “Then you gradually start to realize it might not be as cozy as you thought. Along the way, you might fall in a hole, and then it starts raining. Now you’re in some fucking mud, but you’re so oblivious to it that you start playing in the mud. You’re building mud figures and having a good time.”

“Then the rain keeps coming in, and you don’t even know until the rain washes away all your mud figures. Ain’t no more playing in the mud now,” Suli continues. “It’s getting cold, you’re getting a little sick, and you accept that you can’t stay in this space. You dig your way out of the hole and get back on your journey, and now you know that you have a strength within you to keep you going. Things start to get a little easier because you’re getting a little better. You soon get to a peaceful place and you’re like, ‘Alright, I’m cool here. Now it’s time to shine and share this with everyone else.’”

Suli’s vivid metaphor of being trapped in a muddy hole is telling of his overall perspective on taking care of oneself mentally and spiritually. Understanding that mental health can be messy, ugly, and downright disheartening, he has stepped up to provide music fans with two types of therapy — all-expense-paid sessions with licensed therapists and genuine, soul-affirming music.

Chillis has a lofty task ahead of him, and while we agree that movie studios and billion-dollar corporations could easily accomplish what he’s been detailing over the past hour, he’s tired of waiting.

“I can’t be the only person that ever thought about this. We’ve been making money off of fashion and all this shit, and everybody’s popping. But we still struggling,” Suli says. “Who’s gonna fix this shit? I guess it’s up to us.” —CL—