The Museum of History & Holocaust Education continues its free Pizza, Movie & a Tour series with My Best Enemy, the opening film for the 2012 Atlanta Jewish Film Festival in which Jewish gallery owner Victor Kaufmann exchanges his concentration-camp clothing for an SS uniform and attempts to pull off the daring feat of outliving Adolf Hitler. The MHHE galleries will be open for tours preceding the film and a pizza dinner will be served. The movie is unrated; the tour is suitable for all ages. Seating is limited.
More information 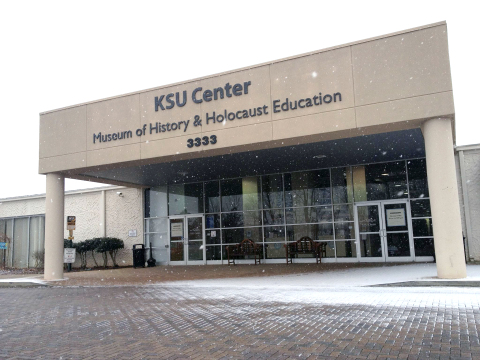