For the past 23 years, Peter Essick has worked as a freelance photojournalist. His main client has been National Geographicmagazine, and he has produced more than 30 stories for the magazine on many different topics. He first started at the magazine as a summer intern while studying photojournalism at the University of Missouri.

Essick says he has been fortunate to travel to all seven continents in search of compelling pictures. Some of his favorite and most rewarding stories have been on inner Japan, the American wilderness, the carbon cycle, global warming, and global freshwater. He is also proud that a story on nuclear waste that he did in 2002 won first prize at World Press Photos in Amsterdam.

Away from the magazine world, Essickâ€™s photographs have been included in the â€œPhotography, Man and the Environmentâ€ exhibition at Viterbo, Italy, and in the â€œThy Brothersâ€™ Keeperâ€ exhibition at the Flint Institute of the Arts, Michigan. In April 2005,Â Outdoor PhotographerÂ magazine did a feature story about Essick's efforts to photograph the effects of global warming. These photos were also seen onÂ The Oprah Winfrey Show,Â This Week With George Stephanopoulos, and in the movieAn Inconvenient Truth. His photographs have been inÂ TimeÂ magazineâ€™s â€œGreat Images of the 20th Centuryâ€ and inÂ 100 Best Photographs of National Geographic.

This monthly series is your chance to learn about contemporary issues of photography through topical gallery discussions, films and workshops. Members enjoy networking, developing new skills and sharing ideas through participation in various volunteer committees. 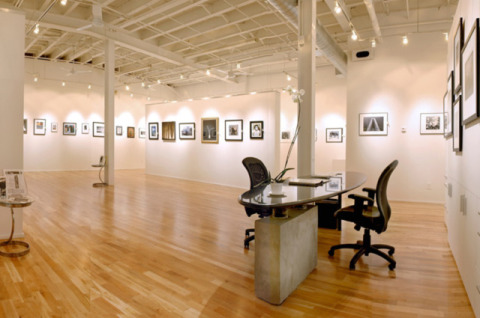