10th and Piedmont kicks off the Vodka Passport Program with a launch party, encouraging patrons to experience the broad spectrum of vodka flavors, recipes, labels, and techniques. Complimentary vodka tastings and snacks will be passed around throughout the party, and 10 percent off will be offered to those who stick around for dinner. Staff members will be at the party to explain the program as well as hand out the passports. There are a number of unique flavors to try, including Skyyâ€™s Blood Orange infused vodka to Van Goghâ€™s Double Espresso vodka from Holland to Bakon Vodka (yes, bacon flavored vodka) from Washington. Think Wild Honey Smirnoff from Connecticut and Firefly Sweet Tea Vodka from South Carolina to more standard, traditional pours like Ketel One from Holland and Three Olives from England. For drinkers who complete their passport by having tried all 24 flavors offered in the program, there will be a reward of a $50 gift card to 10th and Piedmont.
More information 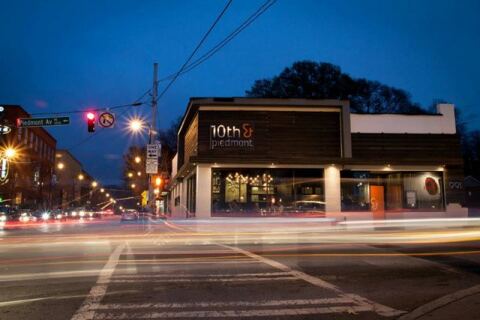