More than 200 monsters have been unleashed for Six Flag Over Georgia's Fright Fest. The annual event features a frightastic new live show, two new creepy scare zones and a new twisted maze. The new Fright Fest attractions for 2014 include ZX-1, a new haunted attraction, featuring a deadly infection that is rapidly wiping out mankind; Hidden Horrors, a new scare zone, will leave guests wishing they had eyes in the backs of their heads to watch the monsters stalking from behind in the fog and darkness; and Cemetery of the Undead, a new scare zone, features the spirits of the dead roaming the grounds of the cemetery for eternity. The eventâ€™s signature attractions are also back this year including Terror Train, The Last Ride and Dr. Frightâ€™s Dead Manâ€™s Party at the Crystal Pistol Music Hall.
More information

At Six Flags Over Georgia 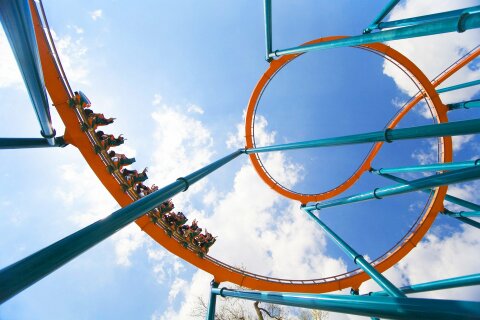