After celebrating their 45th anniversary in 2017, The Manhattan Transfer continues to set the standard as one of the world’s greatest and most innovative vocal groups. Winners of ten Grammy Awards, with millions of records sold worldwide, this amazing quartet is now setting their sights on Atlanta Symphony Hall for a fantastic night of music on Friday, June 22nd.

Defying categorization, The Manhattan Transfer became the first act to win Grammy Awards in the pop and jazz categories in one year, 1981: Best Pop Performance by a Duo or Group with Vocal for “Boy From New York City” (a cover of the 1964 song by The Ad Libs), and Best Jazz Performance Duo or Group for “Until I Met You (Corner Pocket).”

Beginning with their first performances in the 1970s, the members of the Vocal Hall of Fame have become cornerstones of contemporary music, known for their amazing versatility, incorporating pop, jazz, R&B, rock and roll, swing, symphonic, and a cappella music. In their 45 years, the group has attained incredible longevity while navigating devastating obstacles. In 1978, a car accident caused original member Laurel Masse to leave the group. She was replaced by Cheryl Bentyne who made her recording debut on the 1979 Extensions album which won two Grammys for their cover of Weather Report’s “Birdland” (with lyrics by Jon Hendricks): Best Jazz Fusion Performance, Vocal or Instrumental; and Siegel won for Best Arrangement for Voices. 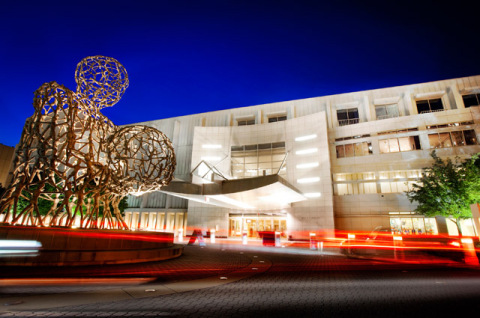