Thirty Years on Paper: A Retrospective of Drawings by Rocio Rodriguez

“MOCA GA approached me about having a retrospective of my work, and I suggested a show of only my drawings since drawing has always been the backbone of my work,” says Rodríguez. Thirty Years on Paper is a retrospective exhibition that spans works created from 1988 – 2018. Many of the works in this exhibition have never been shown. Some of the drawings are tangential, such as the ‘war drawings’, that accompanied bodies of work in paintings that expressed diverse concerns and subject matter.” —Rocío Rodríguez

Rocío Rodríguez attended the University of Georgia where she received her BFA and MFA degrees in Drawing and Painting. Rodríguez is a recent recipient of an Anonymous Was a Woman 2018 Award, an Artadia Atlanta 2011 Award, a Cintas Fellowship, an Affiliated Fellowship Award at the American Academy of Art in Rome AFAAR, Italy and two SAF/NEA Fellowships. Most recently she had solo exhibitions at Kathryn Markel Fine Arts, NYC, Sandler Hudson Gallery in Atlanta, and the Huntsville Museum of Art in Alabama. In 2014 she was awarded an Artist Residency at Marfa Contemporary in Marfa, Texas. She has participated in numerous exhibitions among them at the Mobile Museum of Art, the High Museum of Art,  the New Orleans Museum of Art, and the National Museum for Women in the Arts. She had a retrospective exhibition at the Columbus Museum of Art, in Columbus, Ga. Her work has been featured in two books; Out of the Rubble and NOPLACENESS: Art in a Post-Urban Landscape. Rodriguez’s work can be found in numerous national, public and private art collections, including MOCA GA’s permanent collection.

MOCA GA is grateful to the many individual donors who contributed to this exhibition and the donors who supported through the City of Atlanta Mayor’s Office of Cultural Affairs Power2Give:

Special Thank you to The Judith Alexander Foundation and The LUBO Fund for supporting this exhibition.

At Museum of Contemporary Art of Georgia 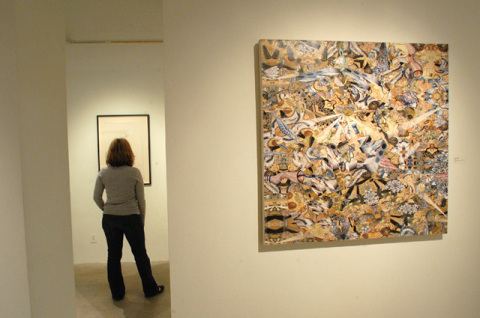