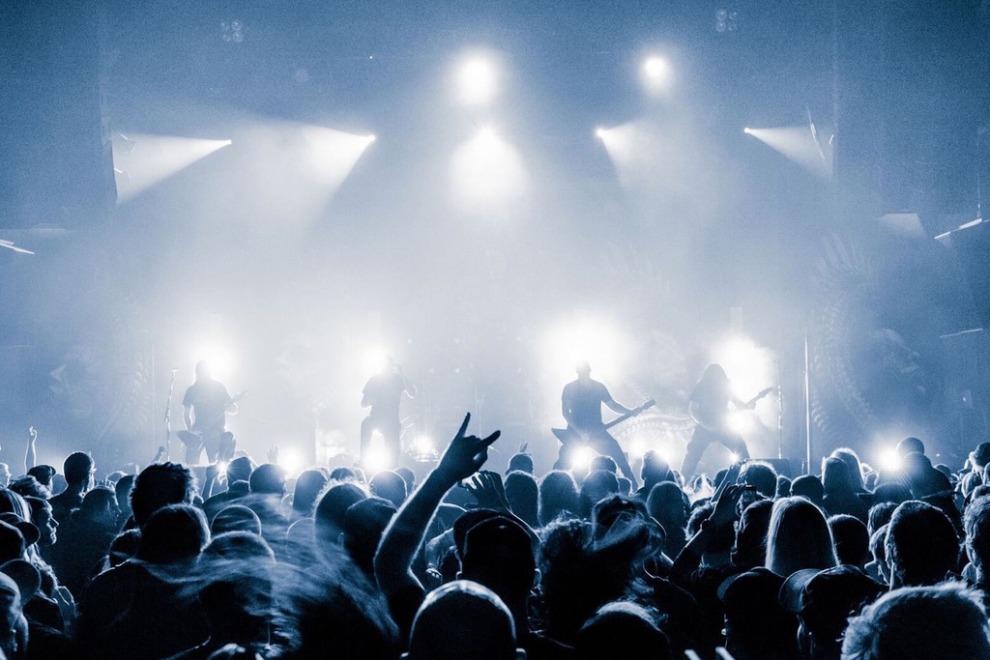 Courtesy of Buckhead Theatre
Cost: $36-$45
Formed in the college town of Umeå in northern Sweden in 1987, MESHUGGAH have spent the last twenty years and cumulative thirteen releases developing, exploring, and redefining their complex, inimitable approach on the art of expressing the music they hear in their heads. A group that has not sounded like anyone else in over seventeen years, MESHUGGAH are one of the few purely and honestly lateral -thinking forces genuinely dedicated to pushing the boundaries of extreme music simply because doing so comes naturally to them. Unafraid to take risks and tackle new experiences, they create albums you can listen to a decade later and discover things you never noticed before. The mystical lore surrounding them pertains to the musical calculus of their odd-cycle time signatures shifting around common 4/4 time; therefore, it isn’t shocking to see some of metal’s biggest names standing in the wings at MESHUGGAH shows, shaking their heads at the band’s down-tuned, groove-laden, and precisely performed polyrhythms that never veer out of control. Devotees include Tool, The Deftones, Kirk Hammett &Robert Trujillo of Metallica, Rob Halford of Judas Priest, and John Petrucci of Dream Theater. Boston’s prestigious Berklee College of Music and Hollywood’s Musicians Institute both incorporate MESHUGGAH’s back catalogue into their curriculum because it is such a crucial element in any modern musical education. The band’s humble, self-assured beginnings could have never guessed their music would lead Rolling Stone magazine to rank MESHUGGAH as one of music’s “10 Most Important Hard and Heavy Bands” or that they’d create a sonic legacy equivalent to Stephen Hawking’s contributions to theoretical physics.
More information