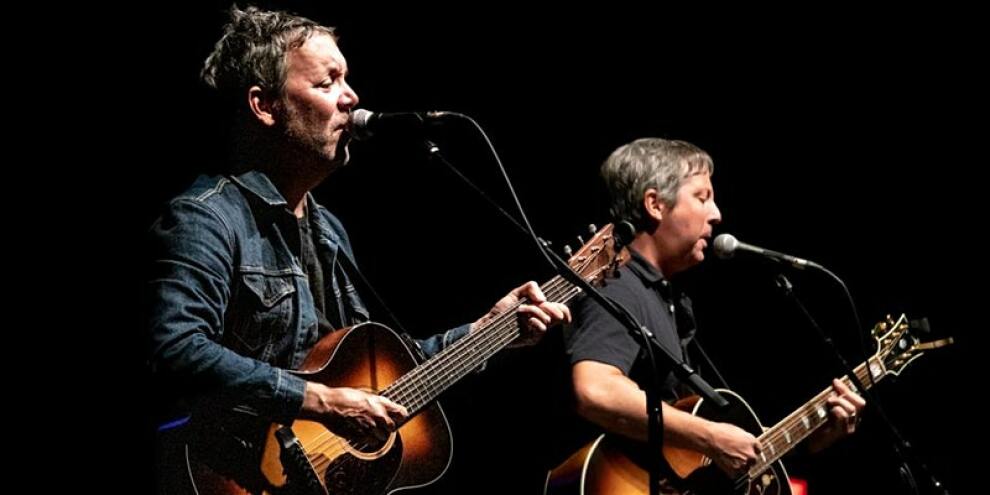 AUSTIN, Texas — “In the past, we’d make a record and then everybody would go their separate ways for awhile,” says Fastball's Miles Zuniga. "But now, we're feeling so excited about the music that it’s ‘How soon can we make another record?’ We’re feeling a sense of urgency about the music that’s really refreshing.”

Fastball’s new album The Help Machine follows on the heels of their acclaimed 2017 release Step Into Light. The 11-song set, on the Austin, Texas trio’s own 33 1/3 label and due out October 18, 2019, once again demonstrates the distinctive songwriting, expressive vocals and inventive melodic sensibilities of Zuniga and his bandmate Tony Scalzo. With drummer Joey Shuffield completing the longstanding lineup, the band’s time-tested creative rapport is as potent as ever on such tunes as Scalzo’s “White Collar,” “All Gone Fuzzy,” and “The Girl You Pretended To Be,” and the Zuniga compositions “Friend or Foe,” “Holding the Devil’s Hand,” and the album's enigmatic title track. The Help Machine’s original compositions gain added sonic resonance from the production of Los Lobos member and versatile Grammy-winner Steve Berlin, whose studio resume includes work with the likes of Alejandro Escovedo, Faith No More, Rickie Lee Jones, and the Tragically Hip.