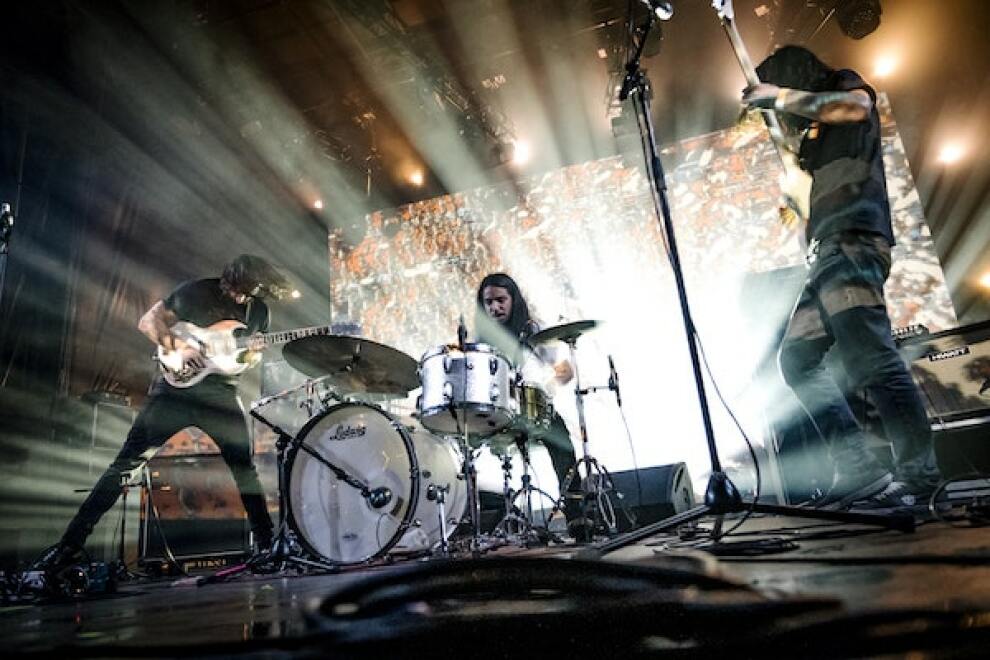 A deafening mass of sonic magma, epic fuzz guitar flying over the fearsome motorik machine of bass and drum. The fervent swayed hips and crazy energy are resolutely garage, but the psychedelic music of 70's (kraut and space rock at the top of line) is never far. The three guys come from Toulouse, south of France, and their first EP Space is The Key was released in June 2017 via Howlin Banana (fr) and Exag 'records (be). Inspired by Alain Damasio's science fiction novels and the work of French illustrator Pierre Ferrero, Space Is Key is ruthless. A raucous wall of sound and energy that sets the trio up for nothing but greatness. Five Nervous tracks loaded up with fuzz mayhem and maniac beats sharp enough to knock your head off spinning with their hypnotic riffs. This is followed by an European tour. In september 2018, they released La Plante Inexplore, with the producer and guru of the French garage, Lo Spider. The album is mastered by producer Jim Diamond (The GO, Fleshtones, Sonics, White Stripes ..) king of the regretted Ghetto recorder in Detroit. Most of the album came from jams late at night, a lot of improvised material as on stage, probably due to the group's obsession with the krautrock scene and 70's free jazz albums. The texts are sci fi divagations and it is intended to create wormholes or to awaken an ice giant that has been sleeping for millennia on a distant planet. And finally, in February 2020, SLIFT releases a space odyssey about Titans: UMMON. This double album is released with Vicious Circle Records (Lysistrata, The Psychotic Monks, Shannon Wright) and Stolen Body Records for UK. For sulfur guitar lovers, prog from beyond the grave and blip blup blop of old synthesizers. Blitzkrieg fuzz and geyser Free. Bass escaping from the Minas Morgel's dungeons, and Nostromo's drums travelling at the speed of light. Vicious solos and assassins bends. Acid krautrock and cosmic- comics jazz. There are distant echoes and reveries, celestial choirs illuminating space. And r r e e p p e e t t i i t t i i o o n n. Ancestral voices and ancient extraterrestrial rites. Abyssal doom and apocalyptic noise. There's chaos. And there's silence.
More information