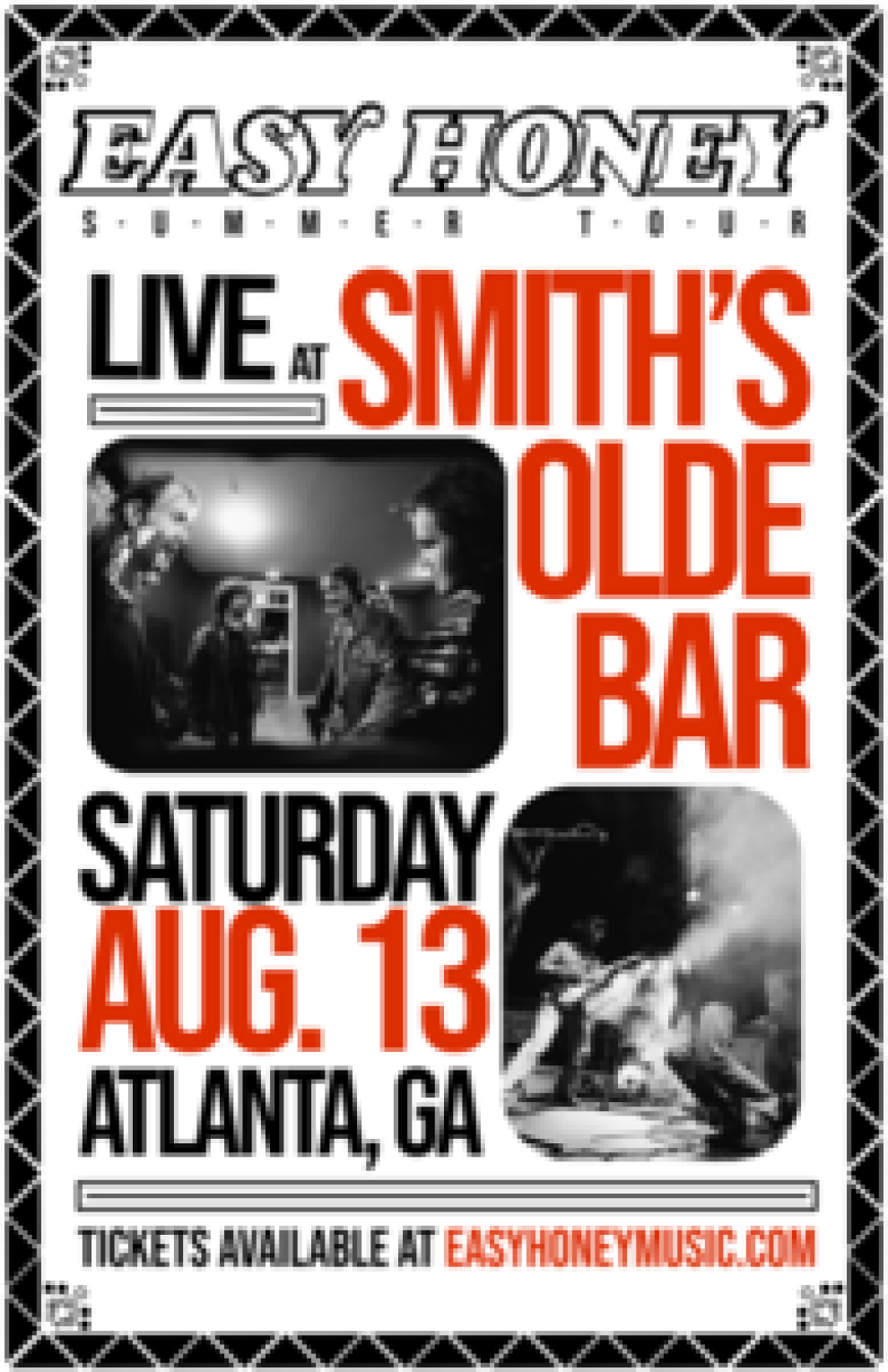 Descending from the Appalachian Mountains to Charleston, South Carolina, Easy Honey infuses its psychedelic-folk roots with East-coast surf rock. Listening to the indie band’s witty melodies dotted with catchy hooks will place you in a nostalgic dream state. The band is currently on tour, supporting “Peach Fuzz”, their sophomore album. “Peach Fuzz” was recorded and produced by Wolgang Zimmerman (Band of Horses, Susto) in Charleston SC. The band carries itself as a permanent party, and is dedicated to moving audiences.

Connor Kelly & The Time Warp is a Tennessee-based rock group dedicated to honoring the familiar sound of the 70s. Drawing inspiration from icons like Frank Zappa and Pink Floyd, but not without their own sonic twist. Since their latest album release “Distant Forest” the band has accumulated nearly 5 million Spotify plays and opened for acts like The Backseat Lovers and Moon Taxi.


Cultivating their craft at The University of Alabama, The Wheelers sought out to construct a sound unlike any other. Indiscriminately drawing influences from the likes of 70s Classic Rock, Indie, and Americana, The Wheelers are a jam band at heart. A live performance yields the possibility for endless exploration, with intimate guitar solos and a deep reliance on their musical intuition to make every performance different from the last. As work continues for their self-titled debut EP, The Wheelers strive to reach every audience for their enduring love of live music.