CL RECOMMENDS
CL Critic Joshua Robinson Recommends: Ever since his unlikely breakthrough with the now-diamond-certified hit single “Old Town Road,” Lil Nas X has played the game by his own rules. From infuriating country music fans across America in 2019 to trolling conservatives with his hellish and unapologetic music videos in 2021, the Lithia Springs native has made his mark as one of the most successful openly gay rappers in Hip-Hop history, and later this month, he will return home for his Long Live Montero Tour. While in town, Lil Nas X will play two consecutive nights at the Coca-Cola Roxy, with a nearly sold-out show on Tuesday, September 27, and an exhilarating encore performance Wednesday, September 28. -JR

Lil Nas X is an American rapper and singer. He rose to prominence with the release of his country rap single "Old Town Road", which first achieved viral popularity in early 2019 before climbing music charts internationally and becoming diamond certified by November of that same year.
More information 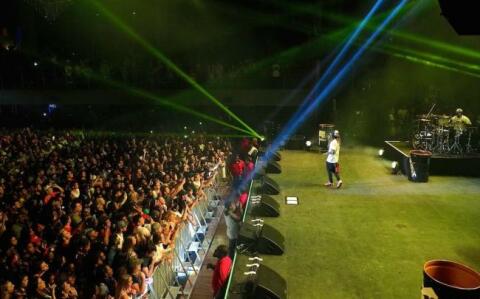