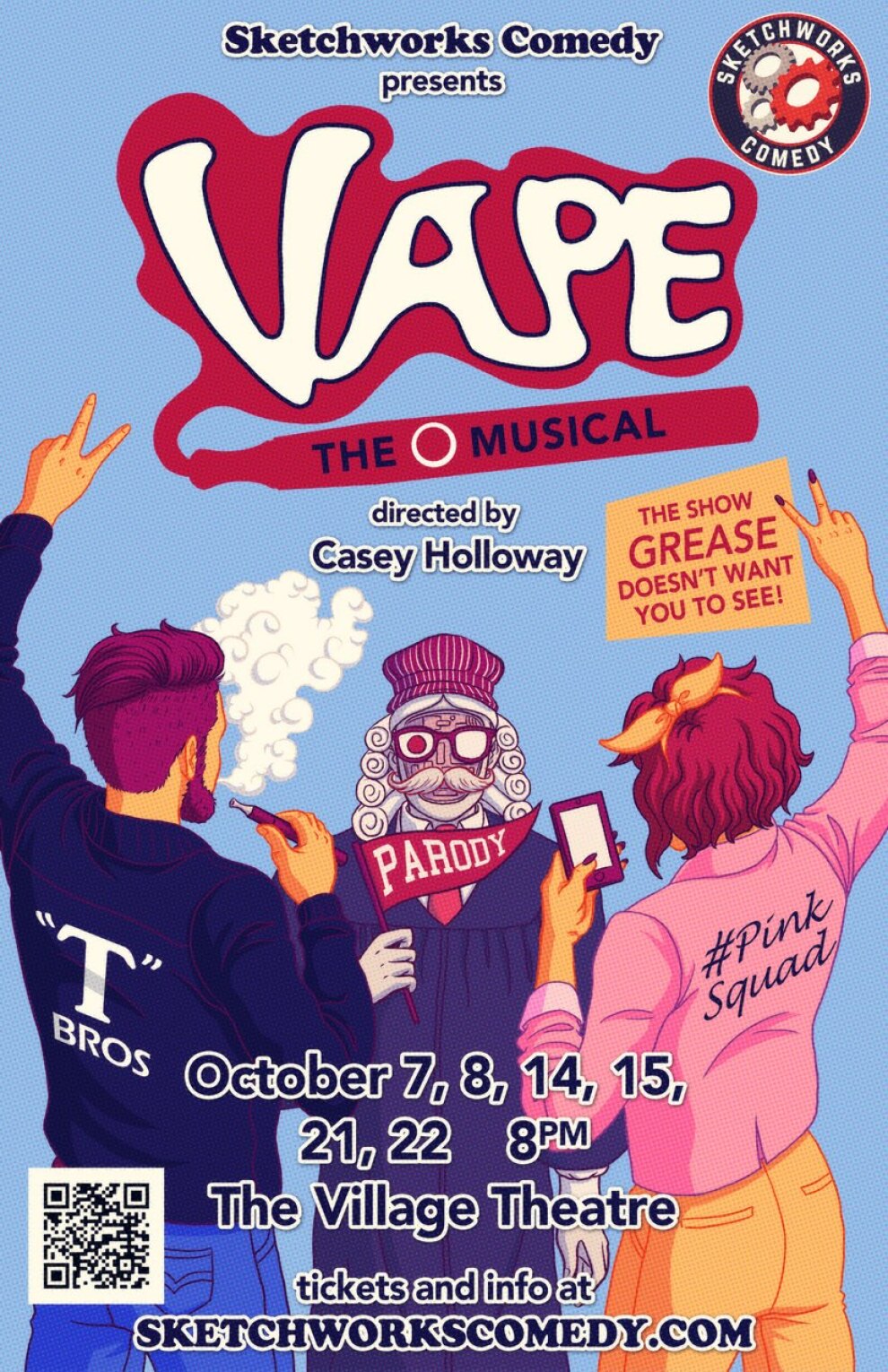 The Wait is Over!

VAPE THE MUSICAL takes a modern, comedic look at the classic musical "Grease" by parodying its abrupt plot points and outdated themes.  Join Sandy, Danny, the Pink Squad, and the T-Bros as they navigate a year at Rydell High.

VAPE THE MUSICAL is the 2018 winner of BroadwayWorld Atlanta's Best New Work (non-professional) and officially declared a PARODY of "Grease" by U.S. District Court for the Southern District of New York.

Don't miss VAPE THE MUSICAL's triumphant return to the stage!

Part of Vape the Musical (musical parody of 'Grease') 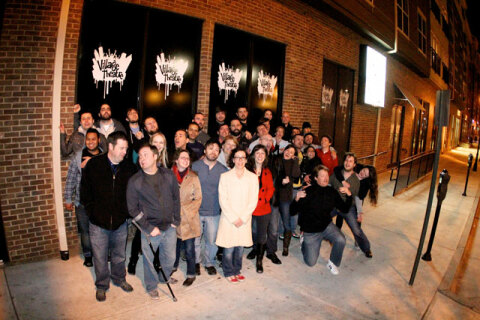 Some of Atlanta's top comedy professionals perform comedy shows, not suitable for children under 16. Also offers workshops and classes for children and teens.
—Read Article
Departments