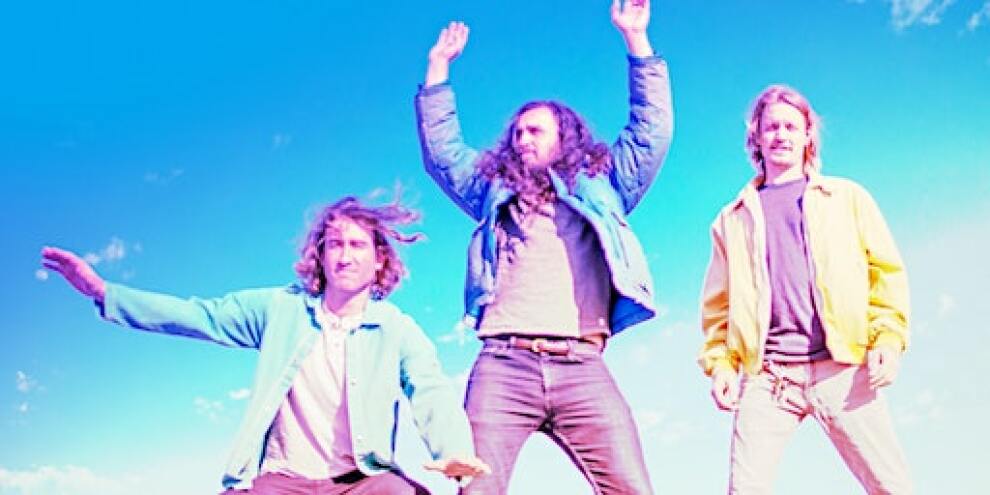 Próxima Parada grooves while singing about personal growth. At their shows, people have a hell of a lot of fun letting loose, feeling whatever they gotta feel. Songs like Begin Again and It Don't Feel the Same speak to the people they are working to be, and yet, these deeply personal stories become universal, as listeners connect them to their own lives. The result is bobbing heads and feeling uplifted.

Their new album, Second Brother, is full of soothing lyrics and groove. The first single, 24 Brand-New Hours, feels like a giant, joyous reset button. Dreaming Out Loud connects us with people we can no longer connect with. And both A Peace of Their Own and Feeling Nothing feature powerful and graceful female lead vocalists.

What began as a group of college friends wanting to spread joy to their community in San Luis Obispo, California has led to national tours and their songs reaching a global audience online. It’s already been an incredible journey, and Próxima Parada is just getting started.

Charleston-based Babe Club make cool-toned synth pop. The band is the brainchild of Jenna Desmond and Corey Campbell: the two met at college of Charleston, and quickly became collaborators. After graduating, Desmond and Campbell joined the Americana act Susto. While playing huge stages and big festivals all over the country, they began to carve out their own sound, ultimately landing on something dreamy, remote, and melancholic. In 2018, the two left Susto to forge their own way. Enter Babe Club.

Babe Club started as a rock band. Desmond and Campbell were playing what they knew, taking the kind of music they played on tour and fucking with it. Their 2020 EP Remember This Feeling was recorded in Atlanta at Big Trouble Recording, and with producer Dan Gleason (Grouplove), and engineer by TJ Elias (Manchester Orchestra, Liz Cooper). The resulting EP is urgent, all guitar fuzz and crisp percussion. In Babe Club’s latest musical endeavors, their sound has changed. Now a four-piece, featuring MEG HA on keys, and Julius DeAngelis on drums, Babe Club’s sound is more intimate and emotionally intense. It’s also more centered on Desmond’s bold vocals.

The band’s latest single “That Feeling,” has its origins in the pandemic. Desmond was unemployed for six months, and suddenly had all the free time in the world to sit around and feel anxious about her future. She felt discouraged about releasing new music. “‘That Feeling’ is about adulthood induced depression,” she says, “When you land in it, realize you're all alone, and you're not naive anymore.” The song cracks open those sensations of depression; the textures are muted and aqueous. On it, synths and drum machines melt into each other, and Desmond’s voice is longing, and paired with the production, it takes on an atmospheric quality.. It sounds a little like Phoebe Bridgers meets Gwen Stefani, Clairo meets the Cardigans.

In the video for “That Feeling,” Babe Club’s aesthetic interests are at the forefront: there are Magic 8 Balls, a particularly memorable (and creepy) unicorn pinata, and Lynchian costume changes. The surreal video was directed by Desmond and MEG HA, who is also a visual artist. The song was produced and engineered by Campbell, mixed by Elias, and also features a songwriting collaboration between Desmond, Campbell, Joshua Hogan and Andy Warren (formerly of The Mowgli’s). It marks an exciting shift for the band, which will plan to release more music early next yea