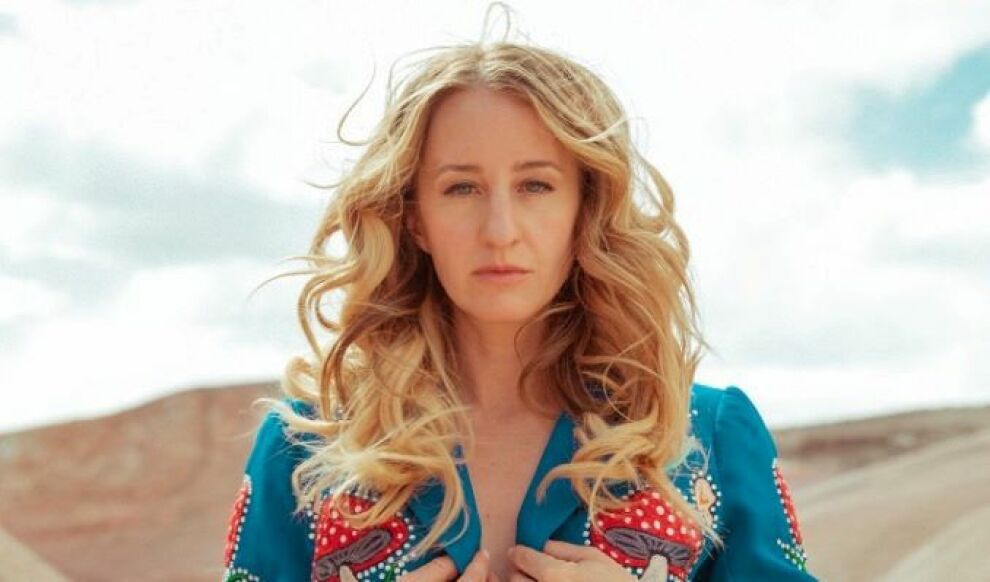 CL RECOMMENDS
CL Critic Hal Horowitz Recommends: Price’s classic, trilling voice is a potent and authentic mix of Loretta Lynn and Emmylou Harris. She’s genuine enough to have captured the attention of Jack White, who released her solo 2016 debut on his label. That put her on the road map to notoriety and she hasn’t stopped since, recording two more terrific albums, with a third due next month, which finds her in a more Tom Petty-styled, rock oriented direction. The Deslondes, from New Orleans, mix country with a more laconic vibe, making for excellent openers. — HH

Margo Price has something to say but nothing to prove. In just three remarkable solo albums, the singer and songwriter has cemented herself as a force in American music and a generational talent. A deserving critical darling, she has never shied away from the sounds that move her, the pain that's shaped her, or the topics that tick her off, like music industry double standards, the gender wage gap, or the plight of the American farmer. (In 2021, she even joined the board of Farm Aid.)

Now, on her fourth full-length Strays, a clear-eyed mission statement delivered in blistering rock and roll, she's taking on substance abuse, self-image, abortion rights, and orgasms. Musically extravagant but lyrically laser focused, the 10-song record tears into a broken world desperate for remedy. And who better to tell it? Price has done plenty of her own rebuilding""?or as she shout sings in explanation on "Been to the Mountain,"Â the set's throat-ripping opener, "I have to the mountain and back alright"Â""?and finds herself, at long last, free. Feral. Stray.

Price began writing for the set in the summer of 2020, not long after the arrival of her enthusiastically reviewed That's How Rumors Get Started LP. She wanted to go deeper into rock and roll, and dive guitar-first into psychedelia. "I wanted the album to feel like a lifetime,"Â she says, "or a 10-hour hallucination where you remember everything again."Â She and her husband""?songwriter and frequent collaborator Jeremy Ivey""?holed up in a rental house in South Carolina to find the swirling sounds rattling around in her head. They ate a bunch of mushrooms and sat outside, albums from Patti Smith, Joni Mitchell, Bob Dylan, Janis Joplin, and Bruce Springsteen playing in the background, writing as inspiration struck. Six days passed and the songs piled up.

The stack only grew once back home in Nashville. "I feel this urgency,"Â Price says of this moment in her creative path. "I need to keep moving, keep creating."Â Maybe it's getting older, Price suggests, or the years the pandemic stole from us all. It's thrilling""?and downright terrifying. "It's scary to not make the same record over and over,"Â she explains. She has yet to. Moving from the sparse folk of her 2016 debut, Midwest Farmer's Daughter, into the rollicking roots of its follow up, All American Made, the following year, and, in 2020, into classic rock with Rumors, Price has established herself as a sonic explorer of the finest ilk. Still, she says, "This could be too out-there for people. But I just have this morality where I feel like, it has to be this."Â

And this does sound different. Louder, lusher. More layered. Price and her band recorded the set across a blissful week in Topanga Canyon, California, at producer Jonathan Wilson's Fivestar Studio in the summer of 2021. (A smaller second batch would get tracked in Music City, months later.) Wilson, who has helmed sets from Angel Olsen, Father John Misty, and Dawes in recent years, created a space for Price and her band""?a longtime troupe that's been honing their kinetic, even raucous, live show since before Midwest Farmer's Daughter""?to traverse new sounds and influences confidently. "It was the best studio experience I'd ever had in my life,"Â says Price now, many months removed. "Just the way that he works, it doesn't feel like work."Â

Album opener "Been To The Mountain"Â showcases her "hard-living swagger"Â (The New York Times), while the Mike Campbell-assisted "Light Me Up"Â lays down a searing, explicit epic. "We wanted to write about losing yourself in sex,"Â she adds. "It's crazy that people have such a hang up about women talking about their orgasms. Think how many songs men have written."Â "Radio,"Â a buoyant guitar track featuring Sharon Van Etten, embraces sunny pop melodies. While the dobro- and pedal steel-laden "Hell in the Heartland,"Â which Price penned in the immediate, uneasy aftermath of quitting drinking, builds towards a cacophony of distorted vocals and synthesizers.

Giving up alcohol forced Price to contend with other demons""?self-worth and self-image, most profoundly""?and those internal battles litter the album's lyric sheets. "People try to push me around,"Â she rallies near the end of "Radio,"Â "change my face and change my sound."Â Price has considered both at various times. "You get stuck in the same patterns of thinking,"Â she says now, "the same loops of addiction. But there comes a point where you just have to say, "ËœI'm going to be here, I'm going to enjoy it, and I'm not going to put so much stock into checking the boxes for everyone else.'"Â That same victory arrives just one line later on the album: "But I can't hear them now, I tuned them out"Â she sings, defiant as hell, "And I turned them way down low."Â

It's also echoed in the sauntering kiss off "Change of Heart,"Â which sees the singer, after a raging war against her past, finally lay down her arms in acceptance. "I've crossed the bridge,"Â she admits. "I thought I had a lot of things figured out. Back in 2015, 2016, I was like, this is it. But there was still so much that I was working through that I was hiding."Â It was time to live transparently""?a concept that all but defines the phrase "easier said than done."Â She's finally sent that anger downstream. "It's too hard to carry around,"Â Price says, knowingly. "Being pissed off at everyone all the time"Â¦it takes more energy."Â
"Anytime You Call,"Â which Ivey wrote on his own in Santa Fe, New Mexico, months after the South Carolina trip, came from a painful moment in the couple's marriage. "A relationship can only withstand so many blows,"Â Price remembers telling her husband. The death of a child, infidelity, substance abuse and self-medicating, they'd had their fair share. But 19 years in, they're not done yet: "Any time you call,"Â Price sings, joined in harmony by L.A. indie-pop outfit Lucius, "I will answer you."Â

More than any influence, though, Strays is free. Written before Roe was overturned, the prescient "Lydia"Â sees Price break form, writing a Townes Van Zandt-style character study about a woman and what she mentally goes through when she finds herself pregnant and unable to raise a baby. Inspired by a troubling visit to Vancouver, where Price felt near-surrounded by drug use and despair, the stream-of-conscious lyrics came to her all at once""?and once written, Price wasn't even sure what exactly she had. "It didn't even rhyme,"Â she says, still incredulous, more than a year removed. On the album-closing standout, "Landfill,"Â water-color arrangements are so loose it feels like the lyrics might dissolve into them completely at any point.

It's also, undeniably, Margo Price. Rock and roll, psychedelic country, rhythm & blues, and even bright shiny pop, they're all there on Strays, but as each refract through her artistry, that delicate vocal and unhurried delivery, they come out sounding singularly her. "I feel more mature in the way that I write now,"Â she admits of the fearless blend. "I'm on more than just a search for large crowds and accolades. I'm trying to find what my soul needs."Â

So, while the last few years have seen remarkable moments of acclaim""?a Best New Artist Grammy nomination, Americana Music Honors, a Saturday Night Live performance, and just about every outlet and critics' year-end Best Of list""?Price is still hungry. "I still have a lot of drive inside of me,"Â she says. "I have a chip on my shoulder. It feels like I still haven't been able to fully realize all my dreams yet, and that eats me up."Â Just wait.