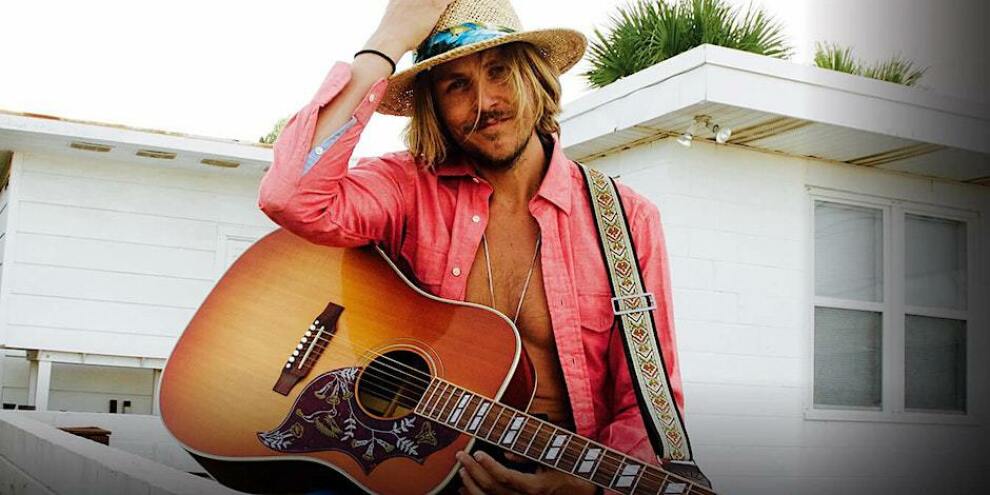 CL RECOMMENDS
CL Critic Hal Horowitz Recommends: Folk-pop singer/songwriter Mars has been cranking out albums intermittently since 1995. He had some early success, but like many in his profession, the obvious quality of his work hasn’t resonated with a larger audience. He’s a frequent visitor to this venue and has amassed a dedicated audience over the years, his shows displaying his song-crafting talents as well as his innate ability to connect with audiences through engaging between song stories. — HH

"I know people think, â€˜Oh great, another guy with an acoustic guitar,'"? says Charlie Mars. "What I really want is to say to them, â€˜Not so quick. Just one minute. That's not what this is.'"?

Charlie Mars has been a journeyman artist with all the ups and downs that entails, from major label releases and high profile gigs opening for the likes of REM, KT Tunstall, Citizen Cope, Steve Earle, among others, from uncertainty to redemption. Now, with the extraordinary new Blackberry Light, the Mississippi-based troubadour builds upon the distinctive musical approach first mined on his 2009 breakthrough Like A Bird, Like A Plane, employing supple grooves and ambient Daniel Lanois-inspired production to enhance the elemental force of his classic songwriting influenced by the likes of Bob Marley, Bill Withers and Dire Straits. From the dreamlike, "Nothing But The Rain,"? to the shimmering "Picture of an Island,"? the album sees Mars delving deep within to offer insight and a path to self awareness and ultimately transcendence via a gracefully beatific distillation of folk, rock, and smooth acoustic soul.

"This music takes my mind to a place that allows me to see more clearly where I'm falling short,"? Mars says. "It takes my mind to a reflective place. It makes me sentimental about my past, my present, my future. It has a way of humanizing me and helping me shed some of the things that get in my way."?

Currently residing in Oxford, Mississippi, Mars was at a professional standstill before Like A Bird, Like A Plane. With "no manager, no agent, no band and no money,"? he doggedly developed a sonic style uniquely his own, a sound informed less by traditional rock than by sinewy and soulful rhythms that seemed to bubble up from within his soul.

"We stumbled upon this percussive, atmospheric tone that, as far as I'm concerned, was different from anything else out there,"? Mars says. "I thought, â€˜This is my sound. This is what separates me from the things that I'm hearing elsewhere and I want to explore that further.'"?

That stripped down framework comprises a stark and cinematic sound inspired in part by producer Daniel Lanois' famed collaborations with Bob Dylan, Ron Sexsmith, and Emmylou Harris. With its sparse instrumentation and focus on transcendent grooves and ambient space, the minimalist approach serves to add maximum intensity to Mars' already powerful songwriting.

"It's not just less is more,"? Mars says. "Less can be massive. When you find that special place of less, everything just opens up. Sometimes I'll think we're doing so little, we should do more, but then it's like, let's do less and see what happens."?

Mars took a similarly modest tack towards the overall recording, looking to capture those perfect uncalculated moments where everything just clicks. "Back of the Room"? - written initially as part of an Esquire feature asking five songwriters to compose a tune incorporating the words "Somewhere in Mississippi"?"? - was literally cut live as the band unwound from a long day's work, while the rollicking, funk-fueled "How I Roll"? was truly born of spontaneous energy, its unabashedly wicked opening lines put down by Mars while Johnson was out on a brief appointment. Upon his return to the studio two hours later, the band jammed the track and recorded it straightaway.

Penned as a "counterbalance to some of the slower, more moodier songs"? on the album, "How I Roll"? sees Mars acknowledging his myriad demons, even celebrating their essential place in his complete being.

"Part of what I've gone through is acknowledging that I have a darker self,"? he says, "and I have to work diligently to try and improve myself so that I can stay out of that. At some point, I came to the realization that that darker self is going to win sometimes and I'm a little tired of apologizing for it. It's part of the whole, I don't have to carve that part of myself out and deny it."?

Like any songwriter worth his salt, Mars employs his art as a channel towards personal discovery, candidly exploring all the human limitations - from pride and fear to cynicism self-doubt - that stand in the way of his attaining true happiness.

"The desire for connection and my terror in the face of it,"? he says. "That's what the album is about."?

To get there, songs like "Great Wall of China"? or the title track take lyrical cues from such literary heroes as Haruki Murakami, Cormac McCarthy, Walker Percy, and Denis Johnson, relying on spare language and abstract imagery to create vivid-to the bone revelations about universal life experience.

Upon the sessions' conclusion, Mars began aggressively pursuing one of his dream collaborators, legendary producer/engineer/mixer Tchad Blake. The Grammy Award-winner - known for his distinctive work with such artists as Elvis Costello, Richard Thompson, and Sheryl Crow - ultimately agreed and helped give Blackberry Light much of its uniquely spacious warmth.

"If there is a leap from the last record to this one, Tchad played a huge part in it, Mars says. He's an artist. He takes something and infuses it with his artistry and it becomes something else. He's the real deal."? The same can be said of Charlie Mars. Imbued with jazzy warmth, simmering dynamics, and uncommon use of space and intensity, Blackberry Light presents a gifted writer and musician at his confident and creative peak, a milestone work in what has proven to be a most extraordinary artistic evolution.