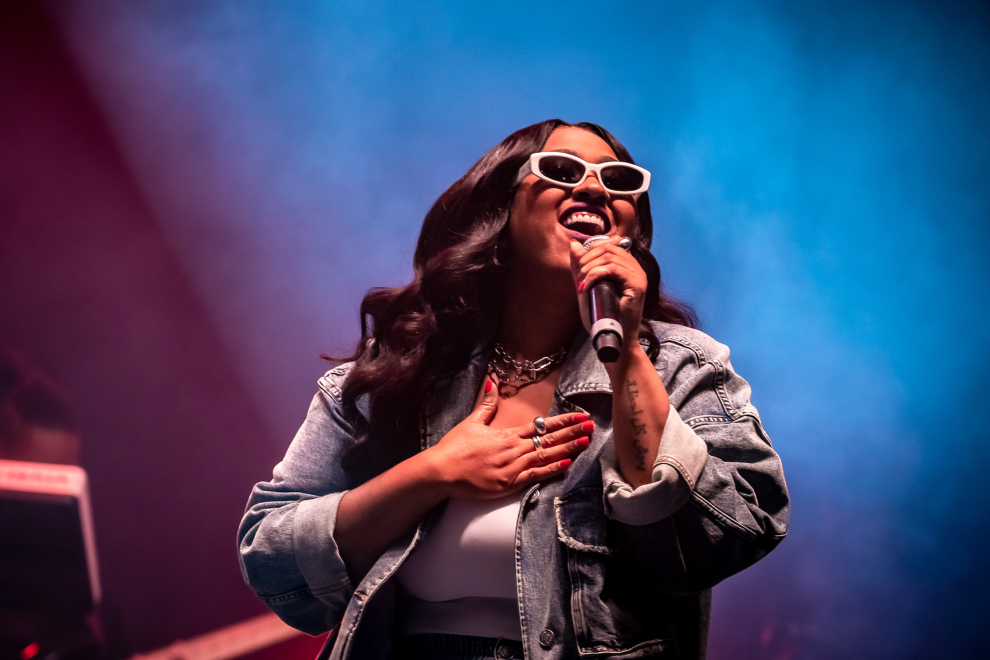 Photo credit: ONE Musicfest
HURT ME SO GOOD: Jazmine Sullivan joins Maxwell as one of the headliners for V-103's Winterfest.
Cost: $59+,

CL RECOMMENDS
CL Critic Joshua Robinson Recommends: For the first Winterfest since the start of the pandemic, V-103 and Audacy have tapped Maxwell and Jazmine Sullivan as this year’s headliners. R&B fanatics will have their fill with both of those acts’ performances, and while the Winterfest seems to be several acts short of a full-fledged festival at the time of publishing, those interested in attending can expect more artists to be announced in the coming days. — JR

Jazmine Marie Sullivan is an American singer-songwriter. Born and raised in Philadelphia, her debut album, Fearless was released in 2008 to commercial and critical success. The record topped Billboard's Top R&B/Hip-Hop Albums chart and was certified platinum by the Recording Industry Association of America.
More information