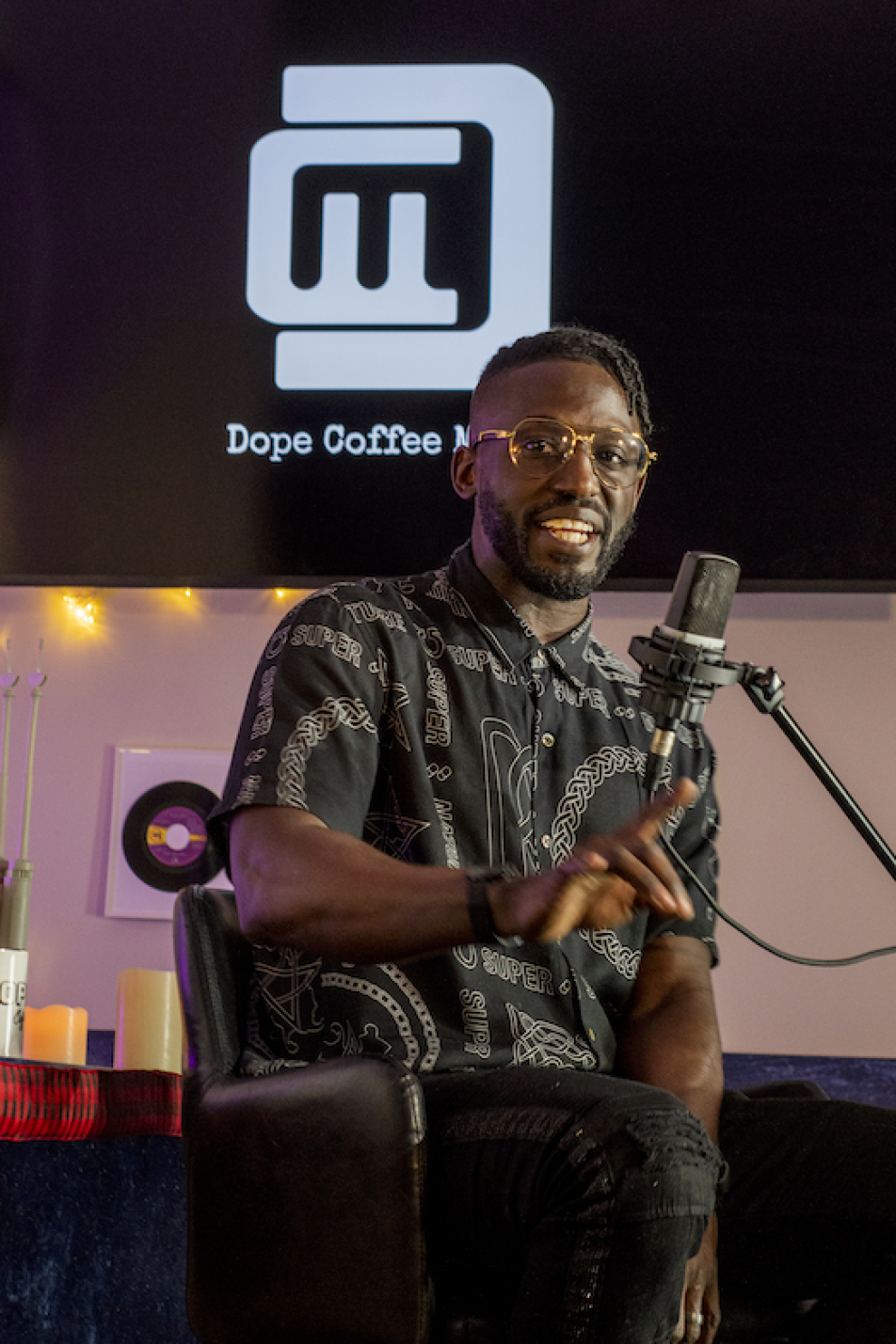 When he’s not rapping, Creative Mike can be found running the ever-popular Dope Coffee Company which has been featured in Forbes, Esquire, Cosmopolitan, and more. Creative Mike and Dope Coffee Company appear to be doing the impossible as a Black-Owned Brand by raising over $230K for his company and launching a production & eCommerce fulfillment center in Midtown Atlanta. Outside of Dope Coffee, he dedicates his time and rap profits to his nonprofit called Break The Wealth Gap which runs the Black Sheep Accelerator, a venture fund that focuses on helping founders of color raise seed capital for their startups.

If Creative Mike comes off as cerebral, it’s because he’s holding onto a bachelor’s degree in History from Wake Forest University, a Master’s Degree from HBCU North Carolina A&T in education and is just a few credits shy on his MBA in International Finance. What most folks don’t know is Creative Mike served as a Captain in the Marine Corps. He credits his time in Afghanistan serving as an embedded advisor to the Afghan National Army with shaping his views on how communities can build and repair themselves. References to his experience in the Marine Corps and combat action repeatedly show up in his rhymes though it might surprise you that he sees himself as a blend of Killmonger and Dr. Martin Luther King Jr.

With all that behind him, Creative Mike chose to get back on the Microphone to bring us his sophomore Album Spinach which is a collaborative effort with producer Stace Loyd. Stace, who is also cousin’s with Mike produced all 9 tracks with a fresh perspective on the classic Boom Bap Hip-Hop sound. The Duo created the project to showcase their talent in music production and to launch their new music label, Dope Coffee Music. Spinach is the story of Black Money & Black Wealth with the same soulful sound Dope Coffee’s been vibing to all year. This should be an exciting project to experience, these guys consistently stress the value of the art they create but as business executives, they get the economics behind how to make the rap game work for them. The duo even released their own signature roast with the project called Ethiopian Dripp.

The only question from here is how long will it be before Creative Mike The Rapper makes it to the top?