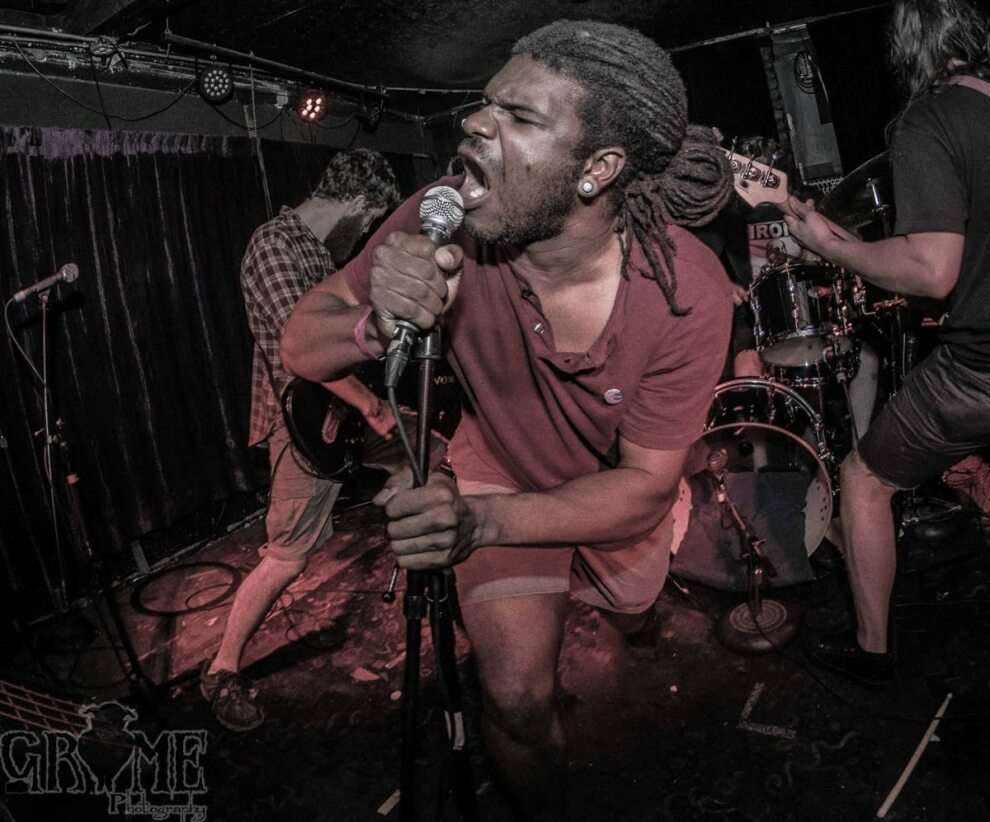 facebook: @Flyladybirdfly
"When I ask Ladybird bassist Conor Ray what listeners can expect from their upcoming EP I Feel Nothing, I Exist Nowhere, he’s quick to respond. “It’s a much darker, faster, and heavier album than our 2015 debut Native,” Ray says, and while that may prove to be true for the record as a whole, new single “The Hound is Starving” doesn’t always follow through in terms of speed. Make no mistake, though, it’s an absolute sledgehammer of a song, led by cavernous guitars that threaten to swallow you whole. Murice White’s brutal vocals only serve to heighten the track’s underlying aggression, leading to an atmosphere of corrosive tension that is practically unyielding. Which is part of the point. Ladybird’s grinding hardcore has always been built to deal out maximum physical damage, but here there’s a specific intent to create an aura of dread and unease. “‘Hounds’ is about the dull monotony of each day that you endure when people lack an understanding of how you’re trying to position yourself in life,” Ray explains. “It’s oppressing and anxiety causing.” The result is one of the band’s darker, more cerebral cuts — a menacing bruiser that’s equal parts crushing and caustic." -Immersive Atlanta