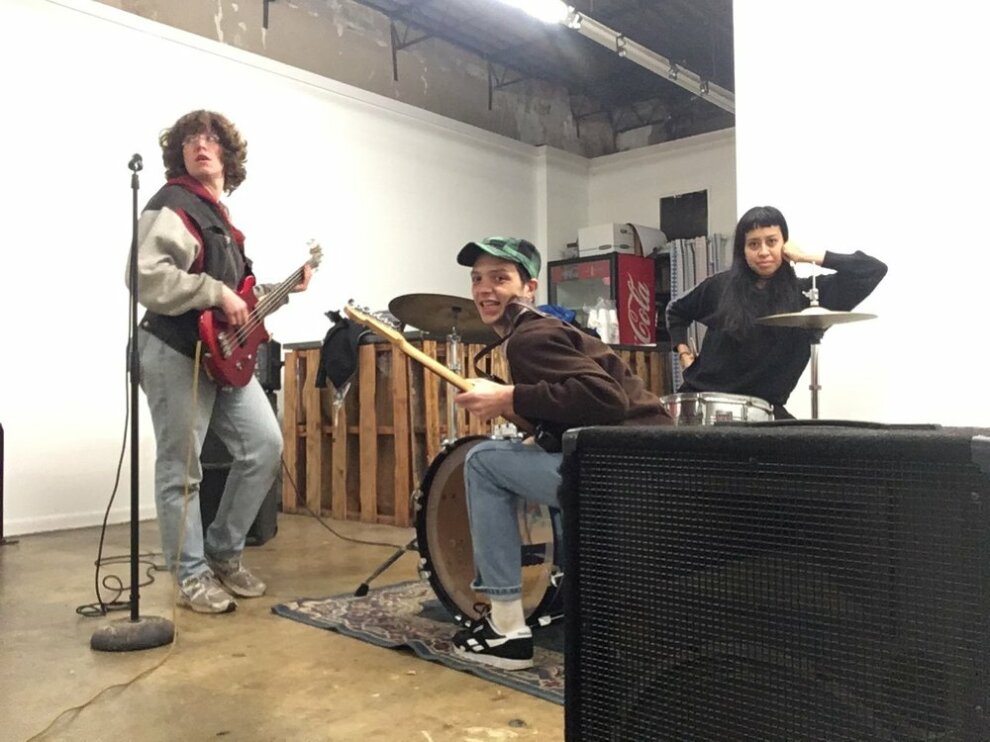 "Blammo began as a simple idea between friends hanging outside a Lumpy show. With a mutual love for cool contemporaries like Palberta and Grass Widow, members Sarah (bass+vox), Mariam (drums) and Tyler (guitarist, also frontperson of Mutual Jerk) solidified themselves as “a real band” after stuffy neighbors complained and they acquired a practice space. “It is a hat trick: a Repo Man reference, a Ren and Stimpy reference (it's Log!), and a reference to a zine,” Mariam says of their name. “A Slacker reference too!”, Tyler includes. Sarah describes the band as “bass-driven slacker booty-punk with hyena vocals”, but everyone agrees their influences heavily lean on lady-fronted post-punk of the past such as Delta 5, Kleenex, Suburban Lawns, and The Slits. Having played two shows thus far and with plans to play lots of rad shows with friends, make new songs and demos, and be revivalist P.U.N.K. badasses (while Mariam finishes up their PhD!), Blammo are predicted to be the DIY darlings the ATL music scene definitely needs." -Wussy