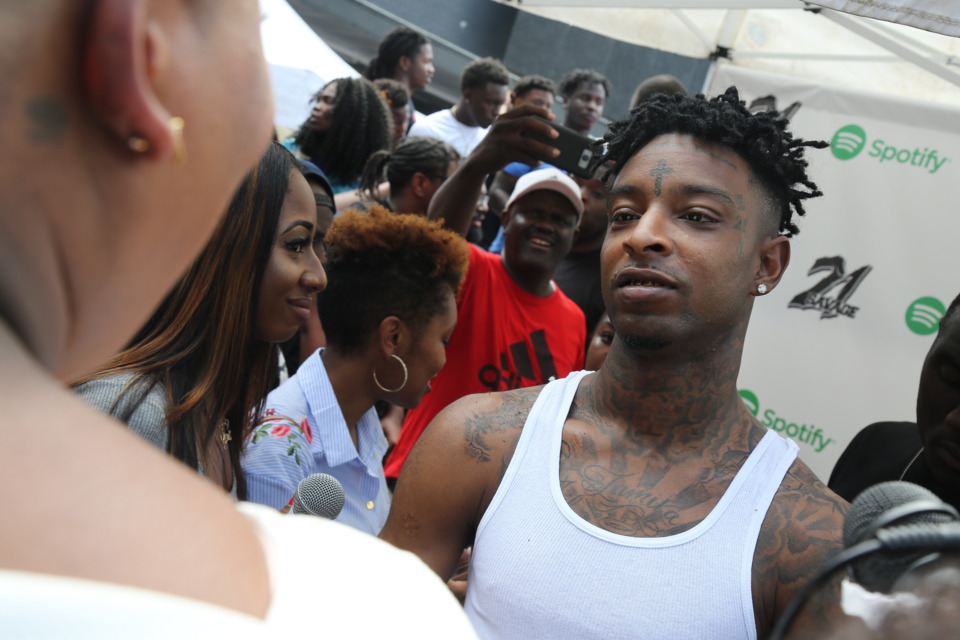 ISSA BACK 2 SCHOOL DRIVE: 21 Savage talks with a fan outside of Club Libra on Aug. 6.


21 Savage is an Atlanta based rapper. He first got noticed in Atlanta for his 2015 recording "The Slaughter Tape" before going nationwide with his album Savage Mode released in 2016.

In May, 21 Savage, born Shayaa Bin Abraham-Joseph, reached gold record status when his Savage Mode EP sold a half-million copies. In July, 2017, he earned a third platinum certificate when “Red Opps” from the Free Guwap mixtape (following “No Heart” and “X” feat. Future from Savage Mode) topped a million sales.

It’s no secret that 21 Savage was in and out of juvenile detention centers during his school days. It’s reported that he expelled from middle school for gun possession, and was even shot multiple times later in life. His gang affiliation with the Bloods is also fodder for many of his most popular songs. In “Red Opps” he chants the lyrics, “I just bought a pistol it got 30 rounds in it/Pull up at yo momma house and put some rounds in it.” But the message he had for the kids in the crowd on Sunday was: “Stay in school. Do your homework. Eat right.”

One look at the tall, lanky man from the eastside with a dagger (maybe a sword) tattooed on his forehead, and it's understandable he scares the fuck out of some people. He's a Blood, so naturally, he's often seen wearing red. Oh, and he's been shot more than a few times. His musical content, like his style, is menacing, raw, and downright frightening. Take the lyrics to his single "Red Opps" for instance, with a chorus that showcases the gritty street appeal that's drawn sold-out shows in both Atlanta and New York. 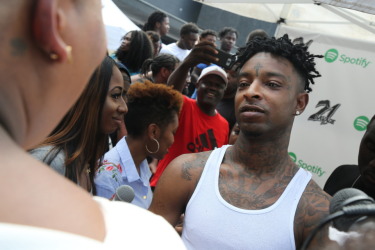 The Eastside rapper gives back to the community that raised him | more... 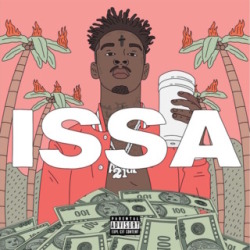 'Skirtt Skirtt:’ A day in the life of 21 Savage Article

The Atlanta rapper introduces a world of cooking dope in Givenchy threads. | more... 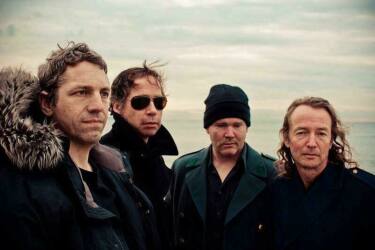