The celebration of civil rights hero and Atlanta native, the Rev. Martin Luther King Jr., takes place annually on the Monday following King's birthday. The day starts with a commemorative service at Ebenezer Baptist Church and continues with a march through Downtown along Auburn Avenue that ends at the King Center. www.thekingcenter.org

This two-day beer extravaganza features more than 300 brews and is overflowing with vendors set up in heated tents. In addition to pours of local and national beers, expect live music, food trucks, and other assorted vendors. www.atlantawinterbeerfest.com

The Atlanta Jewish Film Festival is a nearly monthlong cinematic celebration of the Jewish community. Founded in 2000, AJFF ranks as the largest film festival in Atlanta, and second-largest Jewish film festival in the United States, featuring an international collection of narrative and documentary films that explore the Jewish experience. In addition to the film screenings, enjoy guest appearances with filmmakers, actors, authors, academics, and other expert speakers. www.ajff.org

To psych up fans for the first Atlanta United home game of the season, Atlanta United is taking over Edgewood for the second annual Atlanta United Block Party. Edgewood will be closed off and swarmed by United supporters, who will get access to special drink specials, giveaways, and raffles all to support their love of the Rowdy and Proud. www.bigtickets.com/events/assc/atlanta-united-block-party/

Atlanta Fermentation Fest continues its efforts to raise awareness about fermentation, as well as its benefits and history. The festival features lectures, demonstrations, samples, and more, temporarily taking over Cultured South, the first kombucha bar in Georgia, in the Lee + White food and beverage district. www.atlantafermentationfest.com

The city’s longest running event, the Atlanta St. Patrick’s Parade has existed since 1858 and boasts over 2,000 participants, 700 musical acts, 100 parade units, and 80,000 spectators over the course of the parade’s lifespan. Show of your Irish pride as you march through the heart of midtown.atlantastpats.com/ 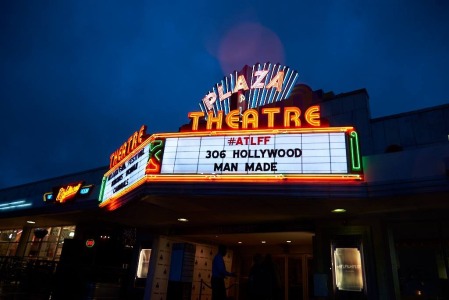 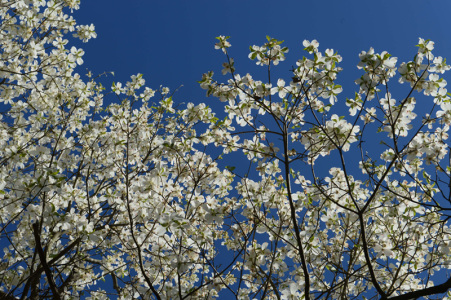 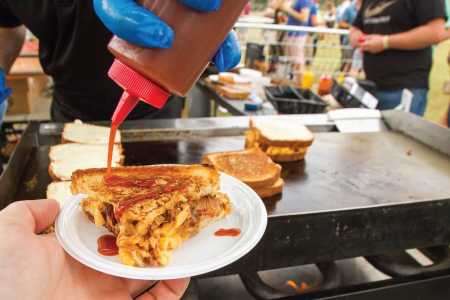 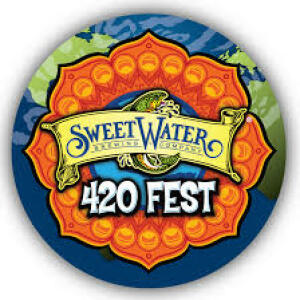 Taking place the last full weekend in April each year, the Inman Park Festival is one of Atlanta's most beloved events. Check out the Tour of Homes, live music, dance festival, arts and crafts market, and definitely the parade with all of its gloriously weird floats. www.inmanparkfestival.org

Arguably one of the best collections of rock, post-punk, and folk music in the country, the Shaky Knees Music Festival has become one of the most popular annual music events in the city. Whether it's the Alabama Shakes or the National, acts new and old are sure to make a stop on the main stage at some point during festival season. View Creative Loafing's Shaky Knees page here 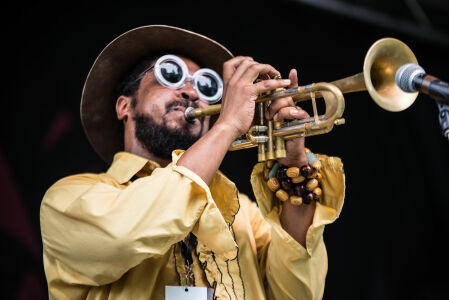 It's more or less a fact that you can't go wrong with free jazz music. Produced by the city's Office of Cultural Affairs, the Atlanta Jazz Festival is a month-long celebration featuring both established and up-and-coming acts in the genre, culminating Memorial Day weekend with performances in Piedmont Park. From International jazz superstars to local artists looking to make a name for themselves, the fest might be one of the best free tickets in any city. Atlanta-Jazz-Festival

The weekend offers a multitude of food and drink experiences showcasing Southern culinary traditions, including learning experiences such as cooking and cocktail classes, tasting seminars, and panel discussions; tasting tents; and dinners and events around the city. www.atlfoodandwinefestival.com

Immerse yourself in all things anime! Momocon, one of the fastest growing conventions in the country, and features an impressive showcase of animation, comics, video games, and tabletop games for fans of all ages. Come to the four day event dressed as your favorite character, or just enjoy the people watching. www.momocon.com

At its peak in the mid '90s, the NBAF was an international destination, an annual must-go to celebrate art of the African diaspora. Over the last few decades, attendance and programming have had their highs and lows. And, more recently, it's experienced unsteady leadership. But the annual event persists, hosting an artists market and usually a high-profile headliner or two. www.nbaf.org

From its humble beginnings in 1970 as a group of 110 runners, the Peachtree Road Race has grown into the world's largest 10K. Every July 4, more than 50,000 participants line up for the 6.2-mile haul to the finish line and a coveted Peachtree Road Race T-shirt. Spectators, radio stations, and restaurants line the roadway to cheer on runners and walkers with music, beer, and water. www.peachtreeroadrace.org

Soak up the summer sun surrounded by friends, fitness, and, most important of all, ice cream! The Atlanta Ice Cream Festival is back for its 9th year to bring together live music, health and wellness activities, and America’s favorite summer treat right in the middle of Piedmont Park. Enjoy a frosty treat and then a stimulating work-out by participating in Zumba, Yoga, Tai Chi, or line dancing. And while you’re there, you might as well enjoy a free wellness screening. www.atlantaicecreamfestival.com/about/

Bask in the glory of summertime's favorite fruit that tastes like a vegetable at JCT's Attack of the Killer Tomato Festival. The city's best chefs are paired with a local farmer to create tomato-inspired dishes, while Atlanta's best bartenders come up with creative cocktails featuring — you guessed it — tomatoes. At the end of the day, judges and festival attendees choose the best tomato dish and drink. ww.killertomatofest.com/

Stay shady in a good way at the Grant Park Summer Shade Festival. The giant beech, maple, and oak trees that live in Grant Park create just enough shade to keep everyone at the festival comfortably cool. Featuring a bountiful artists market, several stages for live music, and a diverse mix of fair food and local food trucks, the Shade Festival is the culmination of everything great about summertime in a city of trees. View Creative Loafing's Summer Shade page here

Want to step out of a museum this summer and into a local gallery? Join in what Sunshine Artist Magazine named one of the top 100 Arts Festivals in the nation, the Piedmont Park Summer Arts Festival. This two day event is presented by the Atlanta Foundation for Public Spaces with a focus on visual arts. Over two hundred painters, photographers, sculptors, and visual artists will be displaying their galleries across the park, and will be joined by acoustic live music and plenty of eats. piedmontparkartsfestival.com/

Music Midtown once reigned supreme as the festival in the ATL — period. After a brief hiatus in the early 2000s, Music Midtown has made a slow and steady comeback, and still gets the good folks of the city excited even though the production has been scaled back to less acts and one day shorter than the three-day extravaganza it once was. You could travel over to Tennessee for Bonnaroo or seriously dent the bank account heading out to Coachella, but you'll find lineups offering the same music diversity right here in the city. View Creative Loafing's Music Midtown page here 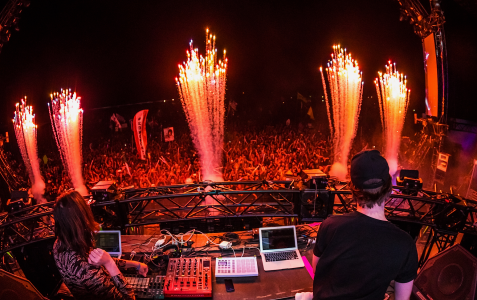 The Imagine Music Festival started in 2014 as a modest music festival in Historic Fourth Ward Park and has become one of the nation’s most anticipated EDM gatherings. These days, Imagine calls the Atlanta Motor Speedway near rural Hampton, Georgia its home. Over the years, the festival has more than doubled in attendance and scope, while remaining independent, which founders Glenn and Madeleine Goodhand say “allows for the creative freedom to build that vision of the Aquatic Fairytale each year.” Imagine-Music-Festival

The annual Atlanta Pride Festival, the largest Pride event in the Southeast and the largest event in the country to coincide with National Coming Out Day, celebrates all things LGBT. The festival weekend is jam-packed with a kickoff party and the annual Pride Parade, as well as arts, vendors, parties, and other festivities. View Creative Loafing's Pride Parade/Festival Page here

Foodies and chefs alike gather in Historic Fourth Ward Park to experience the cuisine and drinks of the city for one delicious weekend. Taste of Atlanta features over 80 local restaurants and three live cooking stages, offering samples for the average consumer and educational workshops for professionals. View Creative Loafing's Taste of Atlanta Page here

The Little Five Points Halloween Festival is a day-long celebration of all things Hallo-weird. The much-anticipated fest is one of the city's best and packs Atlanta's eclectic neighborhood with music, food trucks, a killer artists market, tricks, treats, debauchery, and, of course, the annual parade featuring morbidly decorated floats carrying candy-tossing and music-playing ghouls through the streets of L5P. Throw on your best costume and get there early. View Creative Loafing's Little Five Points Halloween Festival and Parade Page here

An acronym for All Three Coasts, the A3C Hip-Hop Festival features arguably the largest collection (500-plus performances) of hip-hop acts in the country. Expanding exponentially every year since its 2005 inception, A3C is a fusion of good music, education, art, film, style, and industry panels. If every hipster music lover travels to Austin for SXSW, hitting up ATL for A3C is a hip-hop head's obligation. View Creative Loafing's A3C Hip-Hop Festival Page here

Regarded as one of Atlanta’s top haunted houses, Netherworld transforms a warehouse-like building just outside the Perimeter into a den of horrors that continues to scare metro Atlantans year after year with elaborately costumed ghouls, special effects, and a labyrinthine layout. View Creative Loafing's Netherworld Haunted House Page here

Every fall, a chili-hungry crowd descends on Cabbagetown Park for the annual Chomp and Stomp Chili Cook-Off Festival, featuring the Romp and Stomp 5K race, live music, artists market, games, and, of course, copious amounts of chili. There's always tons of the stuff, but this is a popular festival so be sure to get there early before they run out. If you miss out on the chili, food vendors will be on site to make sure no one goes hungry. View Creative Loafing's Chomp and Stomp Chili Cook-Off Festival Page here

The Chick-fil-A Peach Bowl is the ninth-oldest bowl game in the country and hosts the longest-running rivalry series between the Atlantic Coast Conference and Southeastern Conference. Come for the game and hang around for the plethora of events leading up to and after the battle on the gridiron. View Creative Loafing's Chick-fil-A Peach Bowl Page here

New York's got the ball, and since 1989 Atlanta has had the peach. On New Year's Eve, thousands of Atlanta residents and tourists descend upon Underground Atlanta to watch the giant peach drop. View Creative Loafing's Peach Drop Page here
Best Atlanta Events for 2019