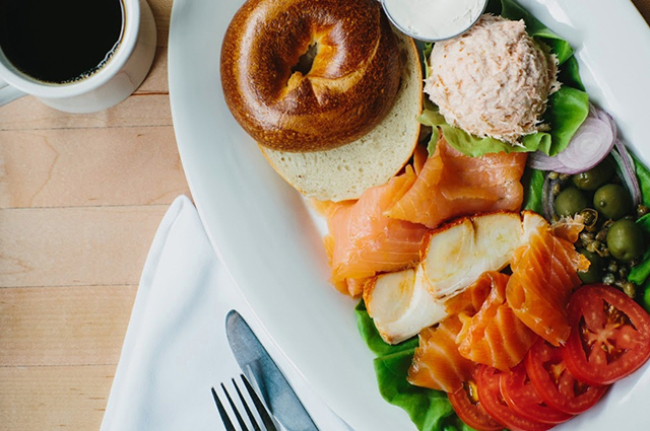 PHOTO CREDIT: James Camp
Call: (678) 927-9131 or visit www.thegeneralmuir.com
The General Muir is part New York-style deli, part French brasserie from the folks at West Egg and Bocado's former chef Todd Ginsberg. Whether it’s a saucy Reuben sandwich or a simple and beautiful piece of seared trout, this restaurant near the CDC and Emory University has been a bona fide classic since it opened. Expect some serious pastrami and matzo ball soup and a number of exotic dishes, as well as the best poutine this city has ever seen. Don’t forget to grab a slice of cheesecake to go.

The General Muir Cost: A la carte, $4-12, Family style, $25/person,
MONDAY NIGHT FRIENDS & FAMILY DINNERS And by "Friends & Family" we mean YOU! Starting Monday, June 5 with our Latin theme, The General Muir will offer themed menus (available a la carte ($4-$12) or family style for the table ($25/person)) on Monday nights, switching up the theme monthly. (Our clas... [click here for more]

The General Muir Cost: $35 ,
Todd Ginsberg and his crew host an unconventional holiday dinner for the Israeli deli before they close for Christmas Eve and Day. Bring the family along for a four-course Chinese dinner. Diners will start off with shiitake mushroom and wonton chicken soup with kreplach and potato scallion pancakes ... [click here for more]