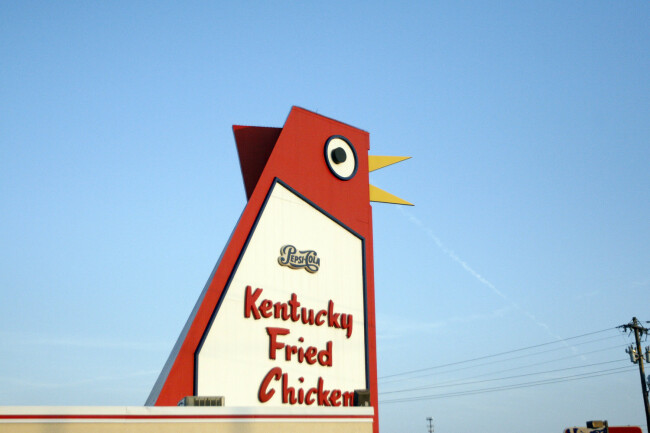 PHOTO CREDIT: CL File
The Big Chicken Marietta (KFC)
Call: (770) 422-4716 or visit www.kfc.com
It's kind of poetic that one of the most famous landmarks in Marietta — arguably the most stereotypically "suburban" of metro Atlanta's suburbs — is a seven-story-tall testament to fast food. The Godzilla-sized chicken was designed in the 1960s by a Georgia Tech student as an advertisement for what was then Johnny Reb's Chick, Chuck and Shake restaurant. A few years later, it became a KFC, which remains to this day.
KFC (The Big Chicken)
12 Cobb Pkwy SE
Marrietta, GA 30062