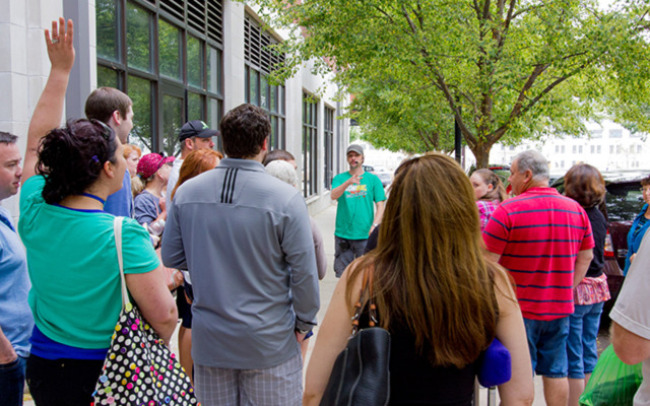 Call: (855) 255-3456 or visit atlantamovietours.com
Whether your preference is to call it ATLwood or Y’ALLYWOOD, there’s no denying the city’s growing influence on the global film industry. Thanks to the nice tax break Georgia offers, and the fact that it's home to the world’s busiest airport, everything from The Hunger Games franchise to AMC’s “The Walking Dead” have set up shop inside and outside the Perimeter. So want to visit President Snow’s Capitol digs (aka the Atlanta History Center’s Swan House), or peek at the spots where Rick Grimes laid waste to hoards of zombies? Atlanta Movie Tours is your chance to take a trip behind the scenes of the most popular film and television productions that have called Atlanta home.

Honoring our Dad's with our Hero Tour!