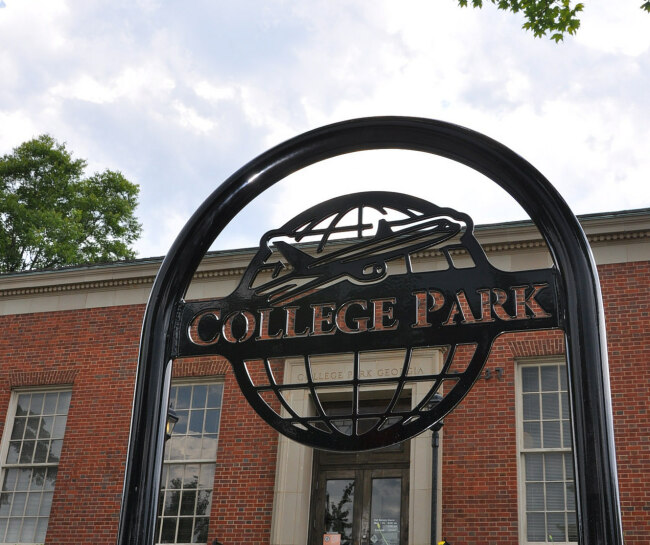 From Wikipedia:
College Park is a city in Fulton and Clayton counties, Georgia, United States, adjacent to the southern boundary of the city of Atlanta. As of the 2010 census, the population was 13,942. Hartsfield–Jackson Atlanta International Airport is partially located in the city's boundaries, and the Georgia International Convention Center, owned and operated by the City of College Park, is within the city limits. The city is home to the fourth largest urban historical district registered with the National Register of Historic Places in the state of Georgia. The city is also home to the Gateway Center Arena, home of the College Park Skyhawks and Atlanta Dream.

Monday November 29, 2021 06:00 PM EST 11/29/2021 6:00 PM
The Department of Recreation & Cultural Arts will host a Tree Lighting Ceremony Themed “Winter Wonderland” as part of its mission to engage the community and promote a creative environment during the holidays. Local businesses and community partners will participate to promote their missions and ser...
Cost: Free
[click here for more]

Tuesday August 3, 2021 06:00 PM EDT 08/03/2021 6:00 PM
Categories: Community The City of College Park welcomes all community members to join them on Tuesday, August 3 for the 38th celebration of National Night Out after taking a year off due to the COVID-19 pandemic. From 6 to 9 p.m. at College Park City Hall and Auditorium Grounds, the family-friendly ...
Cost: Free
[click here for more]