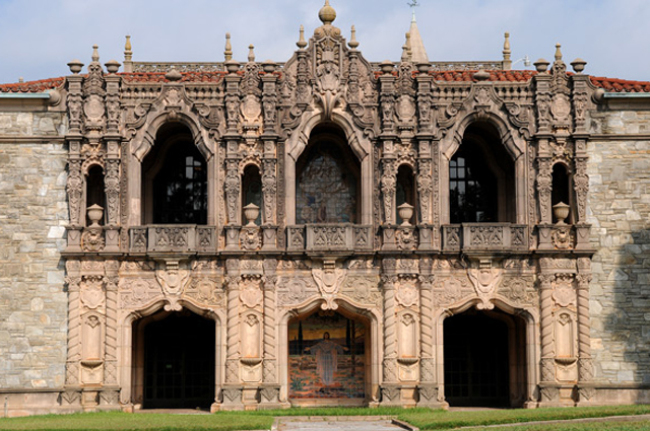 PHOTO CREDIT: Joeff Davis
Call: (404) 755-6611 or visit westviewcemetery.com
By far the city's largest, this sprawling cemetery dates back to 1884 and contains tombs for such notables as Joel Chandler Harris, Henry Grady, and Coca-Cola founder Asa Candler. Tidier and more orderly than Oakland, Westview is marked by stunning architecture, from its medieval-looking entrance to its Romanesque chapel to its many monuments.

Party with the Past: Westview Cemetery

Thursday October 24, 2019 06:30 PM EDT 10/24/2019 6:30 PM
Get your fright on at Westview Cemetery! Party amongst the dead in this gorgeous graveyard, which also happens to be the largest civilian cemetery in the South. There will be live music, a costume contest, and a spooky atmosphere to spare. The first 100 guests will also be given a “special prize” fo...
Cost: Free with RSVP
[click here for more]
Westview Cemetery Inc.
1680 Westview Dr SW
Atlanta, GA 30310