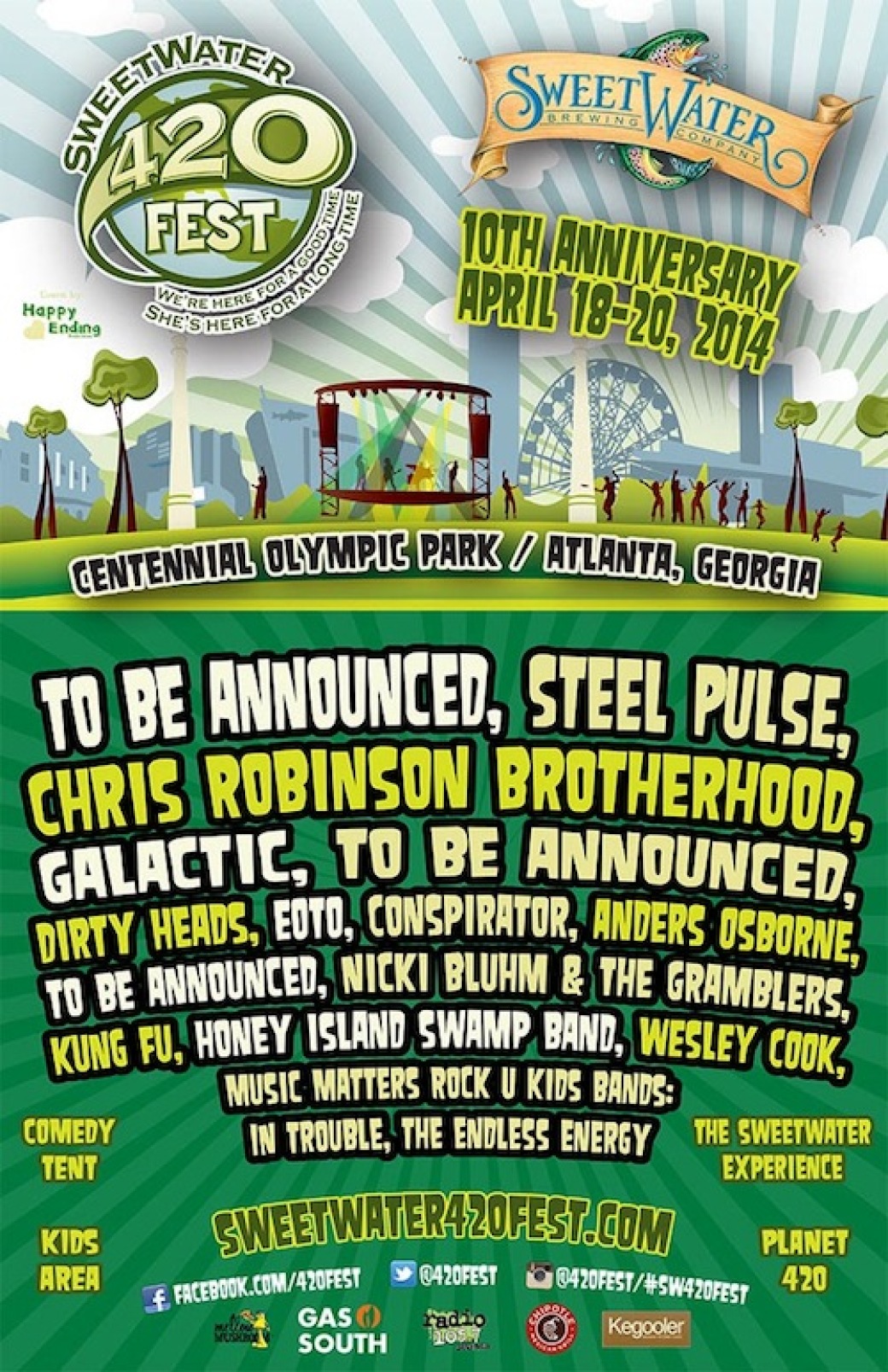 Next year's SweetWater 420 Festival will take place at Centennial Olympic Park April 17-19, and the list of some of the headlining acts has been released. Headliners such as Snoop Dogg, Thievery Corporation, 311, Cage The Elephant, Slightly Stoopid, moe, Gov't Mule, Beats Antique, and more will play on four stages during the 11th incarnation of the annual event, which boasts to be the most diverse lineup they've had yet. The SweetWater Experience will also offer a variety of samplings and school patrons on craft beer.

Tickets are already on sale and can be purchased here.