A3C 2013: Looking back on a week of hip-hop legends and newcomers. Check out a gallery of images from what has surely become the country, if not the world's largest hip-hop festival. 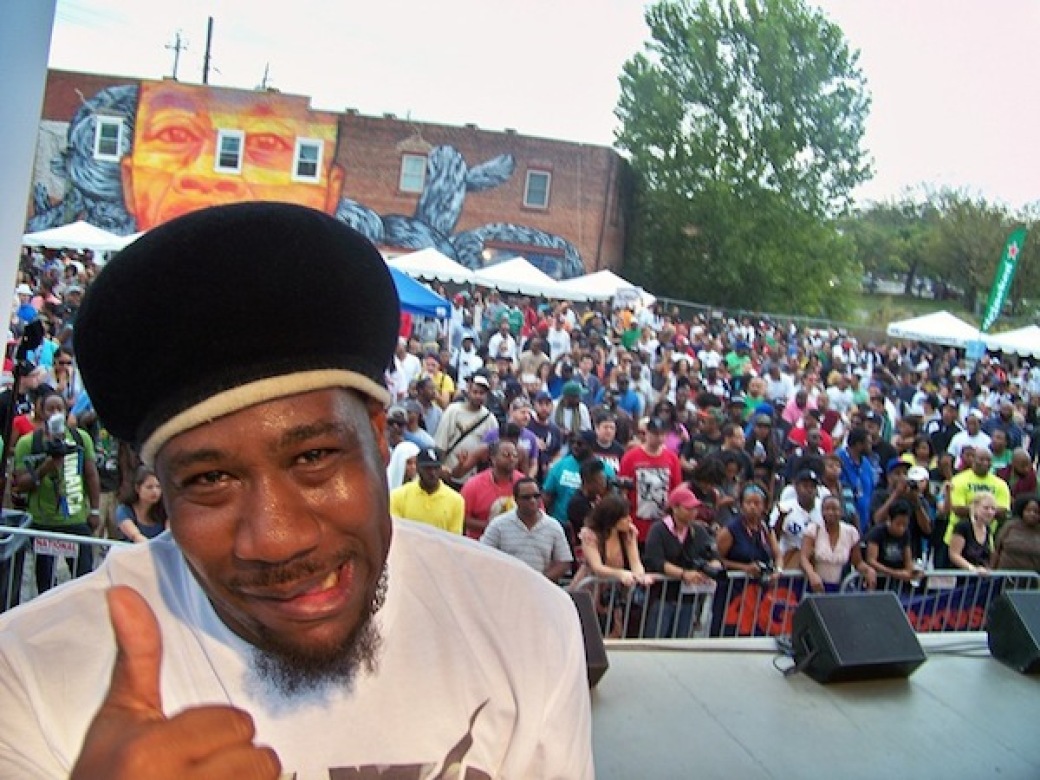 Photo credit: Chad Radford
Dres tha Beatnik rockin' at the block party.
By Chad Radford Tuesday October 8, 2013 02:38 pm EDT
The whirlwind of A3C 2013 has come and gone. Nearly 500 rappers and DJs, and tens of thousands of festivalgoers, flocked to the East Atlanta Village, Little Five Points, Old 4th Ward, Midtown, and Downtown Atlanta for a citywide musical odyssey. A spate of hip-hop luminaries both legendary and up-and-coming, ranging from 17 year-old upstate New Yorker Bishop Nehru to Scotty ATL to the Difference Machine, Ghostface Killah, Aesop Rock, Madlib, Questlove, and too many others to name occupied the city. Chad Radford and Brandon English spent five days in the thick of what has surely become the country, if not the world's largest hip-hop festival.