I started collecting Hendrix records when I was 9 years old after hearing &#147;Third Stone From the Sun&#148; on WPLO-FM, Atlanta's original &#147;underground&#148; radio station. 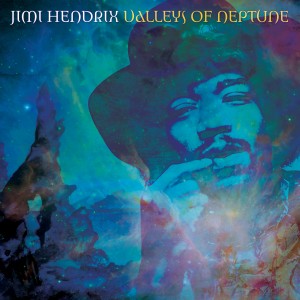 In the 40 years since his untimely passing, the legacy of Jimi Hendrix has grown to godlike status. Considered by many to be the greatest rock guitarist of all time, 2010 finds a brand new album of unreleased tracks entitled Valleys Of Neptune, along with the reissued and remastered Jimi Hendrix Experience catalog. In addition, a national Experience Hendrix tribute tour comes to Atlanta's Fox Theater on Sat., March 27 ($39.50-$69.50. 8 p.m. www.foxtheatre.org), featuring former Hendrix band member Billy Cox along with such guitar luminaries as Joe Satriani, Johnny Lang, Susan Tedeschi, Eric Johnson, and others.

In this Q&A, former CL music editor and avid Hendrix collector Tony Paris describes his own treasures, reflects on the economic and cultural impact of Hendrix reissues, and considers his continued influence in rock music.

Can you briefly describe your Hendrix collection?


I started collecting Hendrix records when I was 9 years old after hearing "Third Stone From the Sun” on WPLO-FM, Atlanta's original "underground” radio station. I saved my allowance until I had enough money to buy Are You Experienced? at a Woolworth's. Since then, I've amassed over 500 Hendrix albums, 45s and EPs. While most LPs are variations on the original three albums (Are You Experienced?, Axis: Bold As Love, and Electric Ladyland), either issued in different countries or with different cover variations, I've got a ridiculous number of bootlegs of live shows, studio sessions and demos. Then, there are the "in memoriam” collections that came out immediately following his death, and the early stuff he recorded with Lonnie Youngblood, Curtis Knight, Little Richard, the Isley Brothers.... I keep all of this stuff, along with my other archives, in a climate-controlled warehouse in north Atlanta.


What is your most prized Hendrix item? Is there a Hendrix "holy grail?"