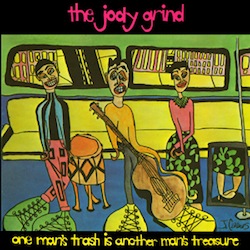 ?
Justin Gage, the Atlanta-reared, Los Angeles-residing dude behind the popular blog Aquarium Drunkard, is delving into Atlanta's famed Redneck Underground of the 1980s and '90s with a series of posts on the specific groups involved in the Cabbagetown-centric scene.

?
His first entry in the series deals with the Jody Grind, the Atlanta group fronted by singer Kelly Hogan. It's relatively illuminating read, and he even posts a couple of mp3s from the Jody Grind's debut, One Man’s Trash is Another Man’s Treasure.

?
In the coming weeks, the Drunkard promises entries on the Rock*A*Teens, Smoke, and Deacon Lunchbox. Stay tuned!