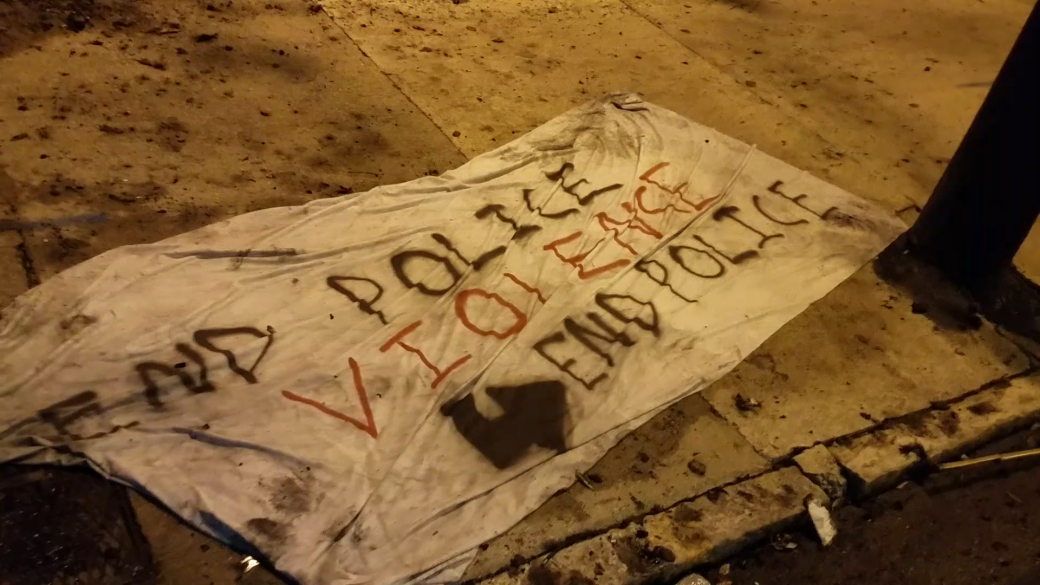 
The controversial death of Scout Schultz sent activists into a frenzy. On Monday night, two days after Georgia Tech police shot and killed the 21-year-old student, a peaceful vigil splintered into a violent protest that left two officers injured, three activists jailed, and one cop car torched and charred.

Schultz, an intersex student, had summoned police to their dormitory Saturday evening. They were brandishing a multitool. Police called it a knife and demanded they drop it. Instead, Schultz said, Shoot me. One officer obliged with a single gunshot to the student’s chest, ultimately killing them. </span>Saturday’s incident has raised questions about police conduct, mental health, civil disobedience, and LGBTQ issues. <i>Creative Loafing</i> asked Atlanta’s mayoral candidates for a response to Schultz’ death and the events that followed.

Cathy Woolard: “The shooting of Scout Schultz was entirely avoidable. Campus police are equipped with pepper spray and should have employed this nonlethal method rather than opting to use deadly force. I expect a comprehensive independent review of this incident.“I condemn the violent actions taken by a handful of individuals of unknown affiliation. Atlanta has a rich history as a center for nonviolent civil disobedience, and I believe that following in this tradition of peaceful protest and organizing is the most effective way to achieve the important goal of raising awareness of and putting an end to police killings. “That said, it is absolutely essential for us to realize that the vast majority of demonstrators were being peaceful. The community is faced with genuine grievances, and they have a right to assemble and make their voices heard. To focus solely on the actions of lone agitators, many of whom did not appear to be part of the student body, masks the very real grief that the community is experiencing. Let’s not lose sight of the issue at hand, which is the unnecessary killing of a student by campus police. My condolences go out to the family and friends of Scout Schultz.”

Mary Norwood: ”The death of this young person is a tragedy on multiple levels. Our hearts go out to Scout’s family, friends and the entire Georgia Tech community as they grieve and grapple with how this sad incident could have been avoided. “

John Eaves: “Today, we pause in our campaign to offer condolences to the family and friends of Scout Schultz, the 21-year-old Georgia Tech student shot and killed by police Saturday night, in what appears to be a ‘suicide by cop’ tragedy. “As a former university administrator, I know the rigors of college life and the pressure students often face. This is even more so for students like Scout, who was a member of the LGBTQ community, and others who face discrimination on college campuses because of who they are or what color they are. This episode is just another reminder that the decisions we make matter. “As chairman of Fulton County, for the past 10 years I decided that mental-health care would be a priority, which is why we boosted funds and services in this area. I also decided to make police reform and training a priority, which is why we increased training — especially in crisis intervention — and implemented dash cams and body cams. Officers need to know <i>how </i>to de-escalate a situation, not end it with a kid dead in the street for having a pocket knife who was mentally disabled and asking to be killed. “I hope anyone who feels pressured anywhere in our city — on the job, at home, or at school — will use the available services of the county’s Department of Behavioral Health and Developmental Disabilities. “Also, as mayor, I will lead the charge to unify training of all police officers from all agencies in the City of Atlanta so Scout’s life — and his death — will not be in vain. I hope you will join me in this effort to bring about this needed change in our city.”

Kwanza Hall: “My thoughts and prayers are with the Georgia Tech community — the students, the faculty, staff, alumni and everyone who touches the community. I know there is a lot of anger and confusion, but we must wait for the facts to emerge before we rush to judgement. We have to support one another and keep calm so that justice and equality for all people can be achieved.”

Michael Sterling: “As the only former federal prosecutor running for mayor and as a person who has taken the time to investigate and get to the bottom of serious crimes committed by the public and public officials, I know how important it is to have independent and impartial agencies investigate concerning allegations. The public needs to trust us, and we need independent arbiters investigating this volatile case to ensure that justice is done.”

Peter Aman:</b></span></p><p>”I would like to express my heartfelt condolences to the family and friends of Scout Schultz, the Georgia Tech student shot by campus police last Saturday night. I am deeply saddened by this tragedy. It highlights the imperative for officers — across all law enforcement agencies — to have the best training and equipment. They should have non-lethal options, such as Tasers and pepper spray, for crisis moments like this. </p><p>”In addition to law enforcement, it is vitally important to educate the community at-large on the challenges faced by those suffering from and affected by mental illness. We must combat the associated stigma. With greater understanding of mental illness, access to mental health care, and tools to address it, tragedies such as this can be avoided. </p><p>”My heart and prayers are with those who love and knew Schultz, and with his LBGTQIA family.”